The Key to Perfectly Cooked Fish (Plus 2 Recipes)

“Simplicity is the ultimate sophistication.” This applies equally to kettlebells and fish.

“Simplicity is the ultimate sophistication.”

As a Hardstyle kettlebell coach this is pretty much my training mantra, but it also applies to cooking, especially fish. There are only two ways I cook fish at home – frying and poaching – and I use the former far more often than the latter.

Fish is a much more delicate protein than meat, so it requires a delicate hand. Overcooked fish isn’t inedible, but a properly handled piece is much better.

Frying, often tautologically referred to as pan-frying (can you fry in anything else?), is my go-to method. Like I said about that recipe for brassicas and greens, if you are unsure what to do, do this and it will be great.

“You are probably already aware of the visual change as fish cooks. It loses the translucence and takes on a more opaque quality. Watching for this change is really all you need to know.”

The main key to frying a piece of fish well is observation. You are probably already aware of the visual change as fish cooks. It loses the translucence and takes on a more opaque quality. Watching for this change is really all you need to know. Aside from that, here’s the basic method:

Why do I cook it mostly skin side down? First, because crispy skin is tasty and limp skin is gross. If I have paid for a fillet of fish, I’m sure going to eat all of it. The skin also acts as a barrier to protect the delicate flesh from the harsh heat of the pan and stops some of the lovely oils from seeping away, which are super good for us and tasty. 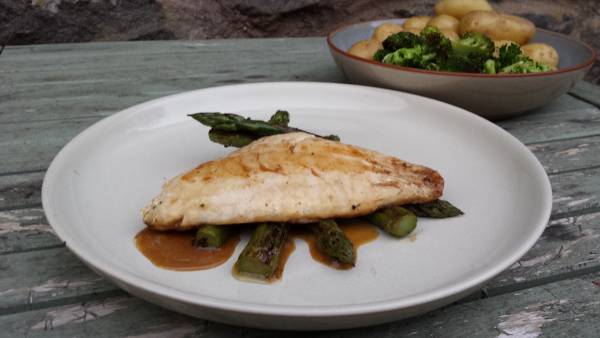 This is a less used method in my house, but it’s still great. Poaching is better suited to larger fish or thicker portions of something like salmon, turbot, or large cod. It is important not to think of poaching as boiling. The temperature has to be a lot lower than that, at a gentle heat. As the fish cooks, the agitation of boiling will break up the flesh, leaving it scraggily.

So what we do instead of boiling is immerse the fish into a hot liquid medium, most often lightly flavored, and cook gently for about ten minutes. Notice I said liquid, because this can be done using multiple mediums:

Fried Fish With Lemon and Butter

I went to the shop to buy some fillets of bass for my wife and I came away with red snapper because it looked better. My point is, this recipe works for any small fillet of fish: bream, bass, snapper, cod, haddock, trout, and so on. Just buy what looks best. I served it with boiled new potatoes and that broccoli from last month. 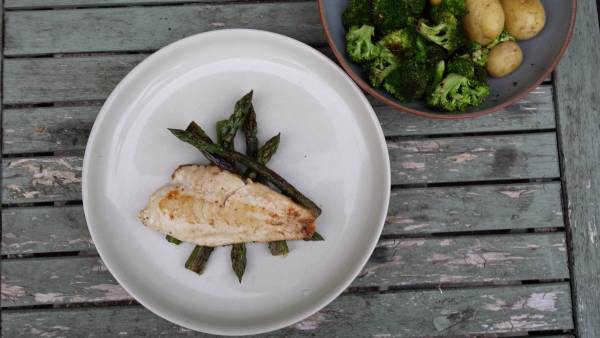 Once again, I approached the fish counter planning to buy a couple of salmon fillets. Instead, I found myself attracted to some sustainably caught skate wings, so they came home with me. I had already planned a little salad to go with them. I wanted to use broad beans, as bitterness goes so well with salty. Add a little dill and cucumber – and done. 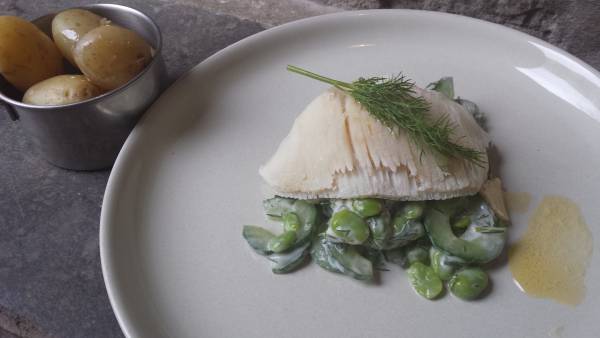 For the Court Bouillon: 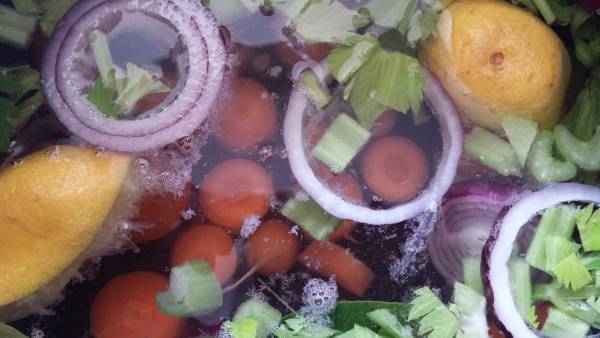