History remembers Jackie Robinson at the man who broke through, but to be fair, it was Branch Rickey who was the visionary. This is not to detract from Robinson’s achievements, but to merely point out that Rickey was the force behind this historic paradigm shift.

CrossFit, Inc. had such a chance to be visionary, but they played it safe.

Chloie Jonsson is a transgender athlete who became legally recognized as a female by the state of California in 2006. When Jonsson registered for the 2013 CrossFit Games, she was advised that she must compete as a man, having been born a man, irrespective of her current and legally recognized sex.

Unfortunately, the main argument being advanced by CrossFit to support this stance – that having been born with an X and Y chromosome confers an unfair competitive advantage – is so thin it leaks. They may as well have just said, “’Cause that’s how we’ve always done it.”

The linchpin of my discussion today focuses on the letter written by CrossFit general counsel Dale Saran, the contents of which can be viewed here.

I will parse this letter out piece by piece in order to get to the root of what I believe the issue is here – that CrossFit simply pulled the trigger on an issue before considering the full impact of the decision.

Let me be clear: I do not think that CrossFit Inc. is racist, bigoted, exclusionary, or evil. I do think there is a healthy dose of arrogance, condescension, and hubris at work here, however.

And ultimately, what I suspect happened is that they simply went “Ready, fire, aim!” and found themselves dug into a foxhole with nowhere to go.

In his letter, Dala Saran initially tried to give Jonsson’s counsel a Biology 101 lesson, citing that the concrete presence of a Y chromosome is the single determining factor of one’s maleness: “Chloie was born, genetically – as a matter of fact – with an X and a Y chromosome and all of the anatomy of a male of the human race.

Today, notwithstanding any hormone therapy or surgeries, Chloie still has an X and Y chromosome.” Rehan Basson gave this topic an excellent treatment on CrossFit’s own Facebook page.

That there are merely two ends of the spectrum and not an actual spectrum is very quickly debunked by the science, and this heavily sourced post provides great insight.

Additional excellent reading by Dr. Alice Dreger is here. These two pieces alone shatter Dale’s black-and-white “XX/XY settles it – the end” argument into a prism of a billion shades of the rainbow.

Saran’s letter goes on to state that Chloie “still has a genetic makeup that confers a physical and physiological advantage over women.” (It’s a shame that CrossFit simply cracked this gem out of their goody bag. That phrase, “confers an advantage,” is one that comes up fairly regularly so as to almost become rote recitation.)

Here’s where the baby goes out with the bathwater, though. Rather than considering the 30,000-foot view, the fallout, the negative press, and the horrible acrimony that this might stir in the community, CrossFit chose to rely on the possibility that one athlete out of 209,000 might have some hormonal advantage so as to make Chloie’s competing in the female division “unfair.”

Unfair to whom, exactly?

As this article states quite eloquently, there are genetic advantages aplenty that vary literally from athlete to athlete.

One of the reasons Rich Froning won the CrossFit Games three times in a row is that he has a significant genetic advantage.

And, if I am not mistaken, any time anyone has raised concern about some advantage, be it lazy judging in the Open, outright cheating, leaderboard manipulation, or dream-teaming, the same people who are pounding their fists about Chloie’s “unfair advantage” are reciting the “cream rises” mantra. 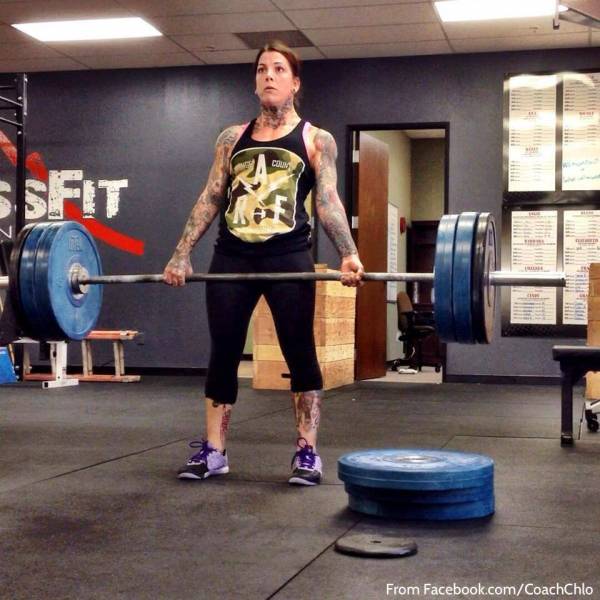 But now suddenly, they are concerned about a single athlete having an advantage? Over whom? And for what prize exactly?

All it would have taken would have been a realistic look at the statistical odds of Chloie’s numbers, perhaps a chat with her box owner, to determine that (no disrespect to Chloie) nothing was really at stake here.

Nothing, that is, except recognizing an athlete’s desire to participate without being outed as a transgender person, to remain true to who she is, and to retain her dignity.

Here is where the hypocrisy begins to creep into this situation. Saran’s letter went overboard to make it clear that both CrossFit Inc. and the community at large welcome Chloie: “We welcome Chloie to the CrossFit Community with open arms and free of judgment. Part of the hallmark of this community is its openness to all. Chloie is welcome at any CrossFit box and we wouldn’t want as one of our affiliate’s anyone who had a hang-up about Chloie’s past or her present.”

Yet, it’s easy to follow a trail of bile, bigotry, and ugliness straight out of CFHQ’s own Facebook page.

You don’t have to go far to find the vitriol. People are being ugly. Not just disagreeable, but hateful. Calling Chloie an “it,” accusing her of gold-digging, and a host of other comments way too unpleasant and ignorant to post here. But “part of the hallmark of this community is its openness to all?”

How are any of those hateful comments CrossFit’s fault, you may ask? This is where we circle back to Jackie Robinson.

Saran’s letter, in rebuffing the perceived charges of racism, (Jonsson’s attorney compared this to the Robinson situation – Saran took that comparison as an allegation of being racist) likens CrossFit to then-baseball commissioner Happy Chandler:

A.B. “Happy” Chandler, the Commissioner of Major League Baseball when Branch Rickey signed Jackie Robinson to a contract, both publicly approved the contract and later threatened to sanction the players on two different teams (the Phillies and the Cardinals) if the players didn’t cease with racial taunting and in response to their threat to strike over Robinson’s inclusion. Society and players may have been discriminatory in their actions, but the Commissioner of Major League Baseball wasn’t. Neither are we.

Here’s the difference. Society and individual CrossFitters hold widely divergent views about this issue to the extent that some have expressed themselves in hugely inappropriate, vitriolic ways. CrossFit, unlike Happy Chandler, has done nothing to repudiate those comments.

Unlike Major League Baseball in the Robinson era, CrossFit HQ has allowed the vitriolic comments to go unchecked, even under their own roof.

It’s participation by omission. In some cases, almost by commission. If a CrossFit staffer shares a laugh on Facebook and it generates a hundred inappropriate comments, then Dale Saran’s words above ring highly disingenuously.

And if they strike a “once suit is filed, all bets are off” position, then at the very least it’s horrible press and very bad for the community. At worst, it confirms the bigotry they claim to reject. The fact that suit was filed shouldn’t, in theory, alter your core beliefs. 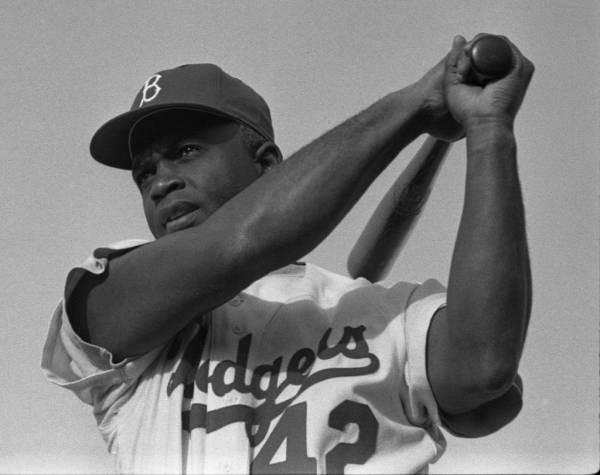 I would assume that community trumps all where CrossFit HQ is concerned, and a stern repudiation of the mocking, the vitriol, the bigotry, would at least demonstrate that they abhor it, rather than leaving the door open for interpretation that they welcome it.

So no, CrossFit, please don’t compare yourselves to Branch Rickey or Happy Chandler. Rickey was a visionary, way ahead of his time, who saw that opening the door, while an unpopular and difficult decision, would shift the paradigm and rock the foundations of baseball forever.

CrossFit made the safe choice here, not the difficult one. There is no paradigm shift. Sad, because CrossFit prides itself on upending the norm in all corners of fitness – except, apparently, when it comes to those who don’t fit into the construct.