Things Are Changing in the BJJ Competition World

The BJJ game is changing in ways being missed by many in the community. Are you keeping up?

If you are involved in the Brazilian jiu jitsu community, then you may have heard talk from frustrated competitors opposed to the use of stalling guards such as the 50/50 guard. Within the past two months I had the privilege of watching two IBJJF tournaments, the Pan Ams via live stream and the Chicago Open where I helped coach. After watching these tournaments, one thing is clear: the game is changing.

I am indifferent when it comes to the 50/50 guard and the double guard-pull. I don’t think these techniques should replace the fundamentals, but they are now part of the game. I also think the game is changing in three other ways that are being missed by the BJJ community.

1. Competitors Are Competing, Not Just Participating

It was clear watching the Pan Ams that competitors are taking their training seriously – not just inside of the academy, but outside. Competitors are focusing on their strength and conditioning as well as nutrition. Most of the competitors are extremely fit and their body fat percentages are extremely low. Without wasted pounds on the body from fat, the majority of their weight is muscle. Take two competitors in the lightweight division, one with fifteen percent body fat and the other with eight. The competitor with eight percent is going to carry more muscle, improving his strength to weight ratio. Being strong is not going to win many medals. However, being conditioned is.

2. Tournaments Are Growing, and So Must Your Conditioning

Technique matters no doubt about it but technique tends to fade as you get tired. Vince Lombardi said it best, “Fatigue makes cowards out of all of us.” Many of the divisions at the Pan Ams had over eighty competitors. Even the Chicago Open, a local tournament, had divisions with well over thirty competitors. Given all the opponents you’re going to face, in the later stages of a tournament, it’s the more conditioned athlete that is going to win. In the final few rounds, the competitors that are left all have good technique. If they didn’t, they would not be there in the first place.

3. Everyone Needs to Understand Takedowns

When I first started Brazilian jiu jitsu the only takedowns you knew were the ones you learned in class. Now there are wrestlers and judo athletes learning Brazilian jiu jitsu, so it is important for BJJ competitors to learn the takedown game. A competitor does not have to be the best at takedowns. He or she just has to know enough to counter them or at least understand when the signs and dangers of being taken down.

What Do These Changes Mean?

Competitors need to make some changes to their training. No longer is training just Brazilian jiu jitsu enough. Now, before everyone starts jumping off their chairs and doing pushups, I want to make it clear that I am talking about competitors who want to make their names in BJJ. (For non-competitors, the training is different. More on this in future articles.)

Competitors need to take their training seriously. No longer can you go to your favorite fast food restaurant after training because you “deserve it” from training hard. Competitors should view their training the same as any other serious athlete. Everything you do takes you closer or further from your goal. To compete at a high level, it is important to focus on all aspects of your Brazilian jiu jitsu. 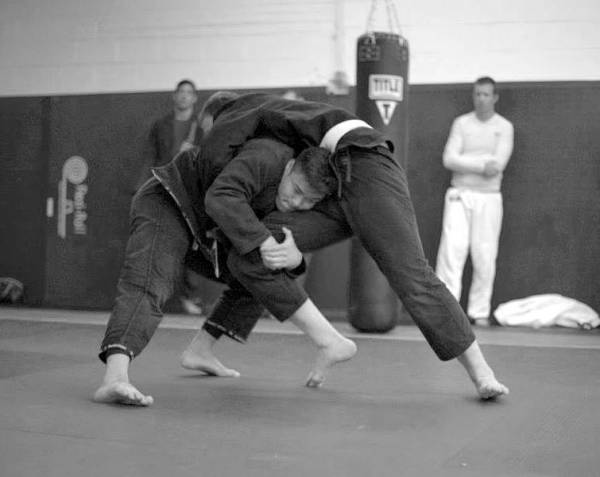 To give you the edge you need to compete, divide your training time into the following sections:

In addition to your training, you need to focus on your nutrition. The amount of training required to be a competitor results in a greater need for nutrients. Brazilian jiu jitsu is a performance sport. Make sure you are eating enough to fuel your training.

Technique is the most important aspect of Brazilian jiu jitsu. However the sport of Brazilian jiu jitsu requires physical conditioning and proper nutrition to excel. When you enter a competition you must be prepared for multiple matches in the same day against highly skilled opponents. When two fighters equal in skill step onto the mat, the more conditioned athlete will win.