While speaking with a therapist recently who had worked with the Swedish cross-country ski team, he let me in on a little secret for creating world-class athletes: 2 x 7 x 52 x 10.

That is, train twice a day, seven days a week, 52 weeks a year for ten years and you’ll have someone who is likely world class. At that point, you can worry about all the complicated things like mixing in speed work, sport-specific training methods, and anything else that is needed to help the athlete withstand all that work and competition.

Everyone thinks there is some magic to creating great performances, but the underlying component is always the same: great physical abilities are built on training volume. And it’s not just for endurance athletes, either.

For example, if you look at a range of age groups across different sports, you see that the prominent players are the athletes who put in more training required by their sport. Sports like weightlifting or the throwing sports, for instance, where you just can’t get as many reps in per session as you can versus running, mean that the athletes who are succeeding at elite levels are usually a bit older. But if you broke it down you’d still see a training pattern more similar to 2 x 7 x 52 x 10 than anything else.

And right about now, you’re probably thinking this article doesn’t apply to you because you’ve got no real interest in becoming an elite anything and just want to look good naked. But volume plays an important part here too.

These days everyone is in a rush to train for functional fitness and they’re all after whatever plan Randy Couture was doing, or Pyrros Dimas or Rich Froning. But I will bet you anything that what got those great men to where they were at the peak of their game wasn’t their current training plan. Rather, it was their formative years when they did lots and lots of reps developing their strength, movement, and work capacity, which helped them withstand the more intense specialized work later on.

It’s quite common these days for people to bypass a normal gym setting in their quest to get in shape. There’s nothing wrong with this as there are far more avenues available now than ever before. But there is something to be said for a normal kind of periodized plan to build up a beginner. Normal gym plans start easy and work their way up. There’s a reason why beginners shouldn’t start with five sets of two. 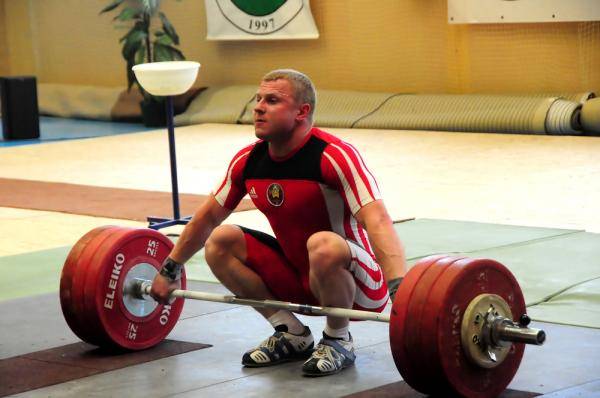 The first thing to understand about strength training – and all physical skills for that matter – is that there is a large skill component. There’s no way a martial arts instructor would be happy with you flailing about and kicking and punching any way you chose to, and exercise should be the same. There is an accepted form for every single exercise and anything outside of that needs to be tweaked so that safety and performance are optimized.

In any situation, you have ten dollars to spend. When you’re learning a new movement, a lot of your money is going to be spent on just getting it right. If you overspend at this point you wind up hurt. But, if after you’ve gotten to the point where form is habitual and you no longer need to spend much on getting it right – let’s call it an economy of scale due to volume – then you can afford to spend more on using a heavier load.

Looking at standard intensity charts that depict how hard you have to work at various rep ranges, you can see that a set of ten reps is about seventy percent of your all-out effort. That gives a beginner plenty of mental space to spend all their attention dollars on getting form right rather than worrying about crushing themselves under a limit weight.

Now, some lifts don’t work well with sets of ten – like barbell jerks, for instance. When it comes to lifts like that I like to flip the old three sets of ten equation upside down and do ten sets of three. That gives my beginner plenty of time learning a bunch of essential skills – the approach to the weight, set up, and actually performing good reps. Those are all vital parts of good form, just as much as the actual lifting of the weight. In a lift like the snatch or deadlift, the set up can make or break the effort later on. 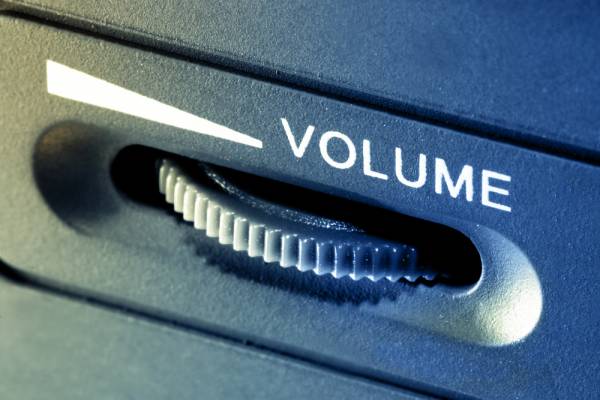 And it’s not just in training beginners that some volume can be helpful. When it comes to adding muscle size, there are two ways volume can help. The first way is eating a lot of food. I always hear about people’s hardcore training stories, but when it comes to muscle growth it’s all about hardcore eating. Food volume will play a pivotal role in helping you add muscle size.

Additionally, if you look at classical hypertrophy plans you’ll see a lot of similarity in terms of suggested volume. Charles Poliquin’s German Volume plan has ten sets of ten as it’s base – 100 reps. Pavel’s Russian bear plan has twenty sets of five – 100 reps. And even classic bodybuilder plans usually have something like three to four exercises per major body part with three or four sets of ten to fifteen reps – that’s more like around 160 reps per body part.

But they are all clear: you need volume to grow. So this tells me that whether you want to be a world champion, in which case you’ll need a high volume of training to develop the skills and capacity needed to compete at that level, or you wish to get bigger, the bottom line is that volume is always an important component. I often tell people who are struggling to get the kind of result they’re hoping for that simply doing more will often solve their problems. Eat well more often. Train more often. Train more when you do train. Sleep more every night.

It’s simple and it works, as champions in a variety of disciplines have shown for centuries. If you’re lagging behind your expectations, add more volume and see the results.