What I Learned From Deadlifting 500 Pounds

A journey to big PRs isn’t about the perfect program or expensive equipment – it’s about consistency and effort.

I’ve never been a natural athlete. Most of my genetic gifts were intellectual rather than physical. Maybe that’s why I’ve always been fascinated by the way people move.

I think we’re often drawn to the things we don’t have. Regardless of my genetic limitations, I passed a personal milestone a few weeks ago by deadlifting 500 pounds. While this is by no means an earth-shattering load, as someone with a long list of injuries and a short list of athletic accomplishments, I found it to be pretty awesome.

In this article, I’m going to talk about the things I learned in my pursuit of that 500-pound pull.

Powerlifters Are a Bunch of Amazing Weirdos

Powerlifting occupies an odd space in popular culture. On the one hand, pulling sumo, wearing lifting shoes, and focusing on the big three seems to be en vogue. On the other hand, if you tell people you’re a powerlifter, it still elicits something of an odd response. “Oh really? Wow. That’s crazy.”

If you look at a lot of powerlifters, the response makes some sense. They’re an intimidating group of people, many of them sporting beards and physiques you’re more likely to find on a medieval battlefield than in a boardroom. They also happen to be one of the friendliest, most welcoming, and unflinchingly supportive group of people I’ve ever come across.

If you go to a powerlifting meet, you’ll notice a trend. Amid all the shouts and snapped ammonia caps, it becomes clear these people only care about one thing: effort. They don’t care if you’re pulling three times your bodyweight or less than half. All they want is to watch you leave it all on the platform. The biggest cheers are usually for the people who try the hardest, regardless of if they fail or not.

“You have to find the program that works for you, and that’s going to require some honest objectivity and self-analysis.”

Most of the congratulations I got at my meet weren’t on lifts I made. They were on the effort in the lifts I couldn’t finish. People you’ve never met will shout words of encouragement and offer you advice when you fail. While some might see this as condescending, I never felt anyone was doing anything other than genuinely trying to help me.

Powerlifters can seem gruff and intimidating, but if you prove to them you want it and you’ll work for it, they’ll welcome you with open arms. If you’re scared about signing up for your first meet, don’t be. You could go alone and, as long as you’re supportive and respectful, you’ll leave with plenty of new friends.

Your Program Isn’t as Important as Your Consistency

I tried a lot of different programs on the way to 500 hundred pounds. The most important thing I learned was not which program worked the best or what percentages gave me the most progress. What I learned is that in the long run, consistency far outweighs how perfect your program is. 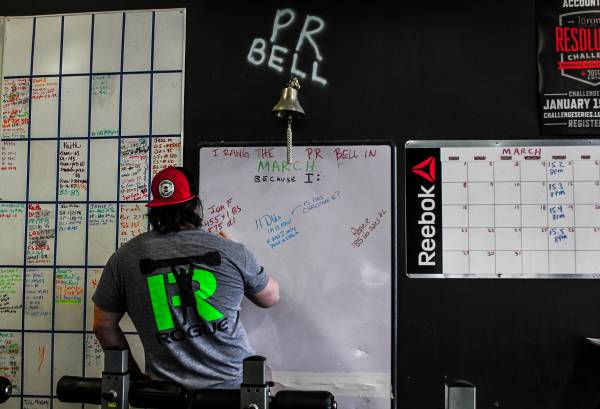 People spend a lot of time worrying about reps and sets and how much work they need to do at ninety percent of their max versus seventy and so on. Do those things matter? Absolutely. Just not as much as most people think. There’s a saying that the degree to which people will argue about something is inversely related to the importance of that thing. The fact that there are so many different programs is pretty sound evidence that your particular program isn’t that important. The fact that you’re doing something and doing so consistently will far outweigh whether you did CrossFit or 5/3/1 over time.

Obviously there are some terrible programs out there, but that’s not what I’m talking about. For six months I pursued strength focused programs that had a moderate to low amount of volume and very high intensity. Why? Well, that’s what most of the people who had successfully accomplished my goal had done. Seemed simple enough. But the problem was I needed a program for me, not just a program that had worked for someone else.

“When I stood up with the weight and then put it down, nothing changed in that instant where my goal became an accomplishment.”

I spent a bit too much time doing singles, doubles, and triples with a lot of weight and not nearly enough volume at lighter loads. It took me a while to figure out that I respond better to high volume than I do high intensity. I still go up into the higher percentages of my 1RM as part of a cycle, but I always make more progress during the portions focused on accumulating volume.

I have a friend who worked up to a 600-pound pull by never doing more than three reps a set. It worked for him, and it might work for you, but that approach didn’t do much for me other than make my back hurt. You have to find the program that works for you, and that’s going to require some honest objectivity and self-analysis.

There’s a lot of stuff you can buy to help your lifting. Wraps, sleeves, shoes, belts, and the list goes on. I own a good weightlifting belt and a pair of Romaleos, and I’m glad I do, even though I don’t use them that much. 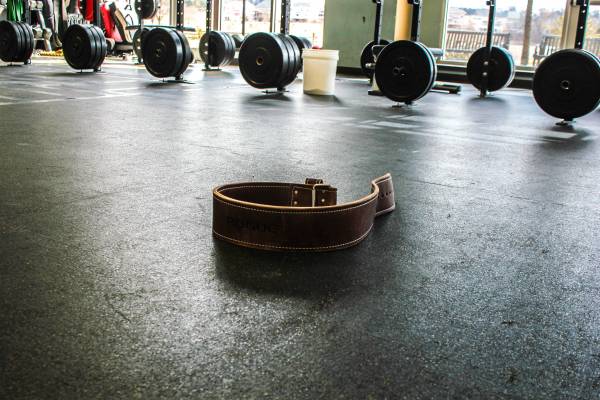 Belts are a weird thing. Many people train predominantly with a belt and make significant progress. More power to them. I wasn’t one of those people. Much like training at high intensity, training with a belt just doesn’t seem to have the same effect on me. I still use it above a certain weight for squats and pulls, but I progressed the most when I didn’t use a belt for the majority of my training cycle.

I’m not advocating everyone lose their belts. I’m saying you need to pay close attention to your training and progress, and be honest with yourself about what’s helping and what isn’t. A belt can solve some people’s problems. It can also cover up many of them.

The most important thing I learned over the last year and a half is that I don’t really care about deadlifting 500 pounds. When I stood up with the weight and then put it down, nothing changed in that instant where my goal became an accomplishment.

“While this is by no means an earth-shattering load, as someone with a long list of injuries and a short list of athletic accomplishments, I found it to be pretty awesome.”

It was never really about the number, or even the lift. It was about the process. Picking a goal gave me motivation to train and stay consistent. It also gave me an objective measure of how effective my methods were. Now that I’ve done it, I don’t care to move on and pull 600 pounds because, frankly, I’m kind of bored. The point is not to never change your goals. I think the point is just that you always have one.

As for me, I’m not exactly sure what’s next. I have always wanted to learn how to do a backflip, though.

Photos 2 and 3 courtesy of Shannon Khoury.