Why All Swim Coaches Should Coach a Kids Camp

It’s amazing what just four hours with these kids has taught me as a coach. While the idea of swimming doesn’t change, the difference is in how you teach.

This week I am in the process of helping coach a youth triathlon camp. We work on swimming, cycling, and running skills, and I’ve been working with a group of twenty kids to help them succeed in these three sports. It’s amazing what just four hours with these kids has taught me as a coach.

I have been coaching adults for quite a while, but the last time I coached kids (that is, anyone under eighteen), was back in 2004. <strong”>While the idea of swimming doesn’t change, the difference is in how you teach kids.

When we first got the kids in the pool, the coaching staff (along with myself) determined who was fast and who would need extra work. While I was assigned the faster kids, I still started them out by establishing a baseline of where they all were. While I knew most of these kids were on a swim team, I thought I would start out with something a bit more fun, instead of doing the norm of working on their technique.

We began with swimming in a mass group start of two to four kids in one lane swimming at once. They learned about having to fight for position in the pool, but also that it’s okay to let someone go who might be faster. They also learned that stopping to catch your breath is important and completely okay during a race, but to still keep moving forward.

From there another coach stepped in and suggested that we back up and work on body position. We bounced ideas off each other and helped guide the kids successfully in a progressive drill set. While this is something I do normally with adults without thinking, working through this with kids made me focus more on the best progression for them.

Our progressive drills began with kicking, moved into balancing in the water on their side, into one-arm strokes, and then full-fledged swimming. While we hit on the progressive drills, we still failed the kids in one aspect, especially for triathlon swims – how to deal with emergencies. We should have first addressed floating on your back and emergency procedures before we ever had them get in the water.

Lesson Learned: This training sequence may not have been the best idea at first, but it taught me something in the end. Always start with mechanics first, progress from there, and then work to a fun, but important skill. While I can test this type of thing on adults, it’s easier with kids. Kids are always at least absorbing the information and skill set being given to them, whereas that is much harder for adults. 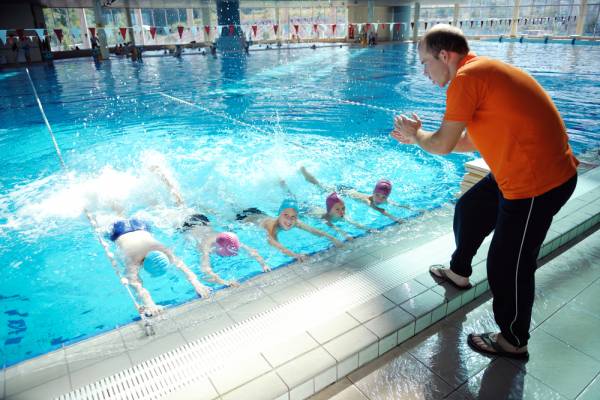 Sometimes as coaches we are so wrapped up in getting the perfect stroke or technique for our athlete, that we forget to give positive reinforcement. While I wouldn’t say that I struggle with giving feedback to athletes, sometimes I forget to do it on an individual level when we are in groups.

Lesson Learned: Look within your training group and find the quiet one or the person who hasn’t had so much attention and give him or her some praise. You never know what or how that will make someone feel.

I never have a problem with patience with adults because they are willing to listen and learn, but with kids itcan be much tougher. Throw in the parent paying for a camp or maybe a learning disability, and as a coach you can get frustrated pretty quickly.

I learned this while teaching a kid how to brake properly on a bicycle. While it’s an easy skill for an adult, it can be hard to teach even such simple skills to a child. It makes you think twice on how you approach an athlete before allowing any preconceived notions to set in. It forces you to be creative in your coaching, rather than succumb to the frustration (which isn’t fun or productive for anyone involved).

Lesson Learned: If you can teach a child a simple skill that was once difficult, you can learn much in the process regarding word choice and how you demonstrate skills. This type of hands-on learning is great for all coaches and is something to consider when moving up to teaching adults. 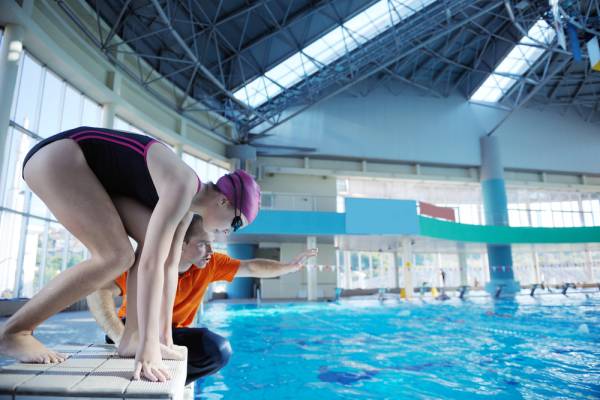 After all of this, I have realized that even if I am just at a camp to assist, I should still always come prepared with a plan or agenda, because you never know what could happen. While I always have a plan for one-on-one sessions, this week is teaching me to reset and go back to the grassroots of coaching.

Lesson Learned: I am going to work on learning, listening, giving instruction, and teaching those who will add to the progress and are the future of the sport I so dearly love.