Why CrossFit Is for Every Kid

What I see kids get out of CrossFit kids class goes well beyond the physical. Sure they are safe from sports injuries, but they also have fun, camaraderie, and a big boost of self confidence.

I looked out onto my students in last Tuesday’s teen class before we were about to start our warm up. My class seemed very different than the formidable gladiators-in-training I see representing CrossFit Kids on posters and in the promotional videos.

The wild mix of kids attending my class was almost laughable: I had a seventeen-year-old, petite high school senior with blonde hair that fell to her waist who was excited that her arms looked more defined for her prom dress. There was a very driven fourteen-year-old, 5’10” aspiring wide receiver who could leap and sprint the lights out. I had a new student, a twelve-year-old tennis player with a bum shoulder that won’t heal because of overuse on the tennis court so her parents decided to enroll her in cross-training. I had a strong, well-rounded fourteen-year-old who now wants to win the CrossFit Games. I had a fourteen-year-old, former competitive skier who could put on a squat clinic, but trips and falls anytime she simply tries to get a drink of water. And I had a tiny, twelve-year-old runner who had just graduated up from our little kids CrossFit program. She smiled at me shyly and pushed her glasses up her nose.

I love these kids for all their differences and for all their very unique reasons for being there. All of their personal goals are different – often different from their parents’, too – and I appreciate it all. I try to cater to all their needs because I know all of their reasons are important, including their parents’. Couldn’t this class build strength, improve power and speed, give balance, be fun, help prevent injury in other sports, and still tip a hat to their ever-growing consciousness about their body’s aesthetics? Was their rising self confidence from a weekly shot of feeling accomplished worth it all? Without a doubt. My new tennis player smiled from ear-to-ear during the entire deadlifting session of her first class. I asked her what was making her happy. “I dunno,” she said, grinning, but I realized that no one had told her how strong she was before. She loved me telling her, “Put some weight on the bar because you can certainly handle it.” 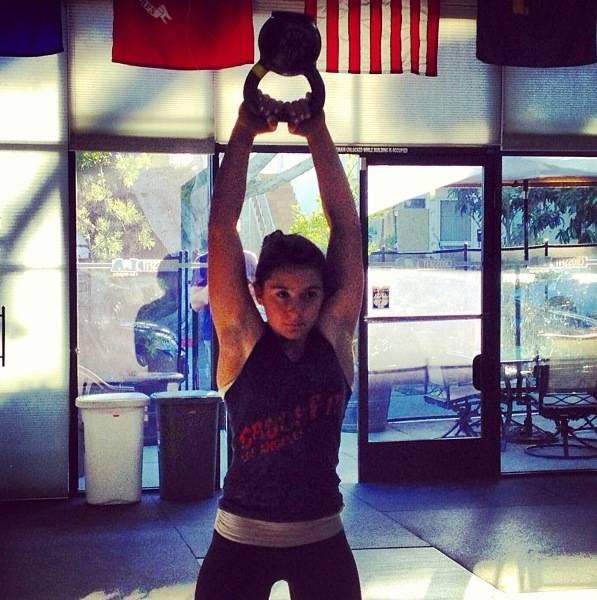 Whether my students can pinpoint it or not I want them to feel like they are part of something, even if CrossFit is not necessarily like a regular team. My more experienced kids naturally tuck the new kids under their wings. They love to give tips and show the new students better form. They genuinely want to be helpful and ease new nerves, but it definitely has a dash of showing off, too, to which I say good for them. I nearly died with pride when one of my 5’2” girls showed the near-man football player how to put collars properly onto a barbell for the first time. He had no ego about it either. He was just glad he knew for next time.

Absent from my line-up last Tuesday was my fourteen-year-old student with severe scoliosis. Her condition was so bad that the bend in her back was visible as she stood, even more noticeable when she held the top of a plank. Her mother had come to me seven months ago, not without concern, to get her daughter stronger for when she would undergo surgery in April to have two metal rods placed up her spine. She believed more strength would help her recover faster and ease her pain. I agreed. The doctors told her the recovery from surgery would be long and hard, probably about eight months.

Though shy at first, this girl became my most faithful student. She was always the first kid to show up for class and the more she came, the more she opened up. She was embarrassed that in the beginning she could not do a single push up, not even from her knees, but I told her not to worry we’d get her there or get close. I scaled workouts to whatever she needed. When she felt pain, we stopped until she was ready again. Because she was working at the same time as the rest of the class, she never felt apart from the others. With her effort and spirit she was no different from any other kid in class, including the kids bound for collegiate sports glory. And every one treated her that way, too. By the time she had to leave for her surgery a few weeks ago, her push ups had improved one hundred percent and she nearly got a pull up, to which the entire class almost fell on the floor with excitement. The girl nearly burst with pride. 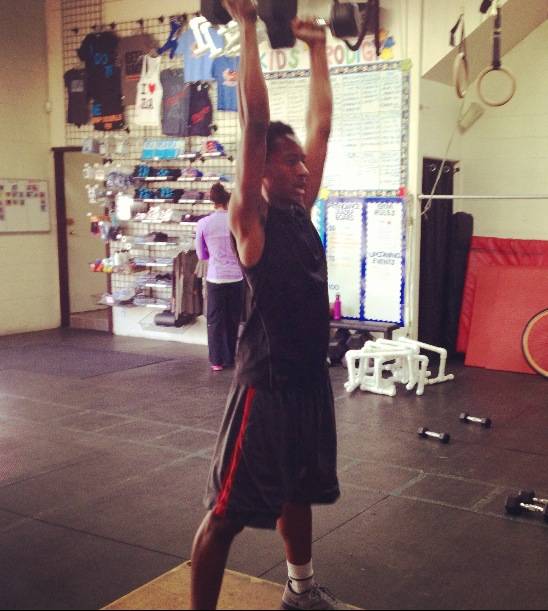 She had her surgery in April. It was a success. Her mother said thanks to her new strength she was able to pull herself up in the hospital bed easier and she was able to lower herself when going to the bathroom without help from a nurse. “Thanks to squats!” the girl beamed. And it’s those things we take from granted. Those moments are what are important. This wasn’t about crushing an opponent on the tennis court, improving a 100m sprint by tenths of a second, or even getting a pull up. For this girl, this was about living a better and stronger life filled with less pain. The doctors told the girl’s mother that they were thrilled with her recovery and the original eight-month downtime estimation had been upgraded to six. A couple kids from her class and I visited her after her surgery and all she talked about was how she couldn’t wait to get back to CrossFit. Her mom said it was the only thing she looked forward to. “Well, good,” I said. “Because we’re holding your spot on the team until then.”

CrossFit has become an avenue for many different kinds of kids to get what they need. On the surface, it’s a great way to get fit and in shape. It is also a terrific tool to cross-train and to get full-body conditioning for kids who are serious about a single sport. More and more studies are showing that’s exactly what kids need to help prevent the increasing number of overuse injuries. But from what I’ve seen in the classes I coach, CrossFit has become so much more. The fun, the camaraderie, and the sense of accomplishment, as well as all of the physical and health benefits, are the best of unexpected surprises for my students. They all have their own reasons for being there, but in the end they are one, bonded team making great strides together and individually.

Check out a CrossFit Kids program near you and look into getting your kids involved, too.