Cyclists sometimes challenge me when it comes to whether or not they should be doing gym exercise. Here is research that shows the amazing benefit strength training has for cyclists.

Cyclists sometimes challenge me when it comes to whether or not they should be doing gym exercise. They challenge the usefulness of gym exercise for an endurance sport like cycling. Whether one is a recreational cyclist or amateur competitor, I think more power is always useful to have. Since power is defined as force times speed, more power comes about by pedalling faster for the same force, delivering more force, or a combination of the two. Even if you are not very competitive, I am sure the ability to reach your destination with less perceived effect would be attractive.

Traditionally, the off-season has been the time to get the miles in and is characterized by long slow rides. While “getting the miles in” has been the mainstay of classic endurance cycling programs, I think it is useful to look at what research has been done to support gym exercise as a basis for more powerful cycling, as well as what sort of gym exercise would be most useful. In doing the research, I was particularly interested to see if there was a comparison between going out cycling and gym exercise when it comes to performing different cycling activities. This could a real bonus to doing exercise indoors, knowing that it would be progressing the athlete toward his or her goals.

Rather than re-iterate articles from books, hearsay, and opinion, I wanted to go back to the original sources where possible. I have picked four articles for review. There are several more and some do show that for certain exercise parameters no significant benefit was detected in the type of tests that were undertaken.

The first article by Rønnestad, Hansen, and Raastad explores pre-season and in-season strength training. Two groups of cyclists were compared for cycling performance, oxygen consumption, muscle cross-section area, and strength during a twelve-week preparation phase followed by a thirteen-week in-season program. During the twelve-week preparation phase, one group followed a program of endurance and heavy strength training twice per week. The other group undertook a program of endurance training only. During the thirteen-week competition phase, the previous strength training group undertook strength maintenance training once per week. The exercises were designed to resemble cycling motion and included half squat, recumbent single leg press, standing one leg hip flexion, and ankle plantar flexion.

It is perhaps, no surprise that the leg strength increased by 23% in the weight training group and was maintained. Leg strength did not increase in the endurance group. Additionally, in forty-minute time trial tests, the strength group increased their mean power by 8% during the preparation phase and then a further 6% by the end of the competition phase. The endurance group increased mean power by 4% at the end of the preparation phase and this was not increased in the competition phase. 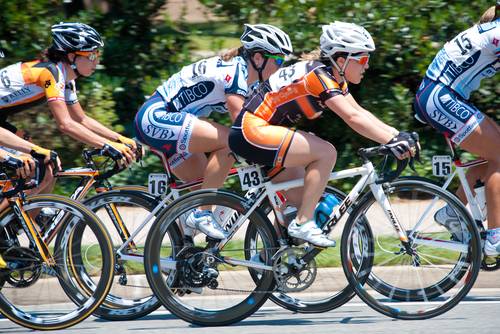 A year later in 2011, Rønnestad, Hansen, and Raastad executed another test to see what would happen if cyclists undertook a longer submaximal activity of 185 minutes followed by a five-minute sprint. This might be similar to a road race with the final finish. As before, one group performed strength and endurance training, while the other group performed just endurance training. The strength group showed a lower heart rate and oxygen consumption during the last hour of the 185-minute exercise compared with the endurance group. The strength group also increased mean power output during the final five-minute sprint by 7.8% compared to no increase by the endurance group. 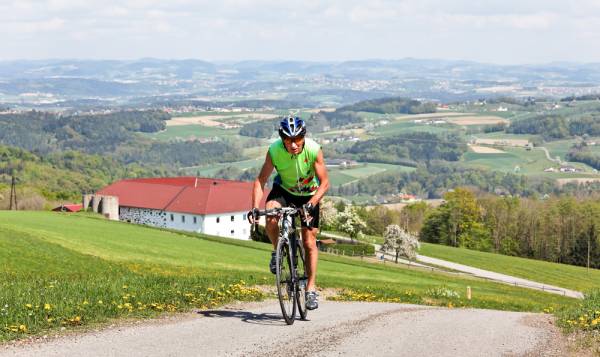 One final thought is that as you get older natural processes, if left unchecked, can reduce bone density and muscle tone. Even if you are not convinced by the benefits of resistance training for cycling, if you wish to win a vets race in ten years time, you may wish you had.