Part of prepping for next year’s cycling season includes an effective transitional phase to start off-season training. The proper design of this phase of training pays big dividends later.

For those of us cyclists in the Northern Hemisphere the days are getting shorter, the big events have passed, and we turn our attention to preparation for next year’s season. Part of that preparation includes utilizing an effective transitional phase that marks the start of off-season training. The proper design and execution of this phase of training pays big dividends later in the season.

This is not a time to lose conditioning, however. Cardiorespiratory fitness must remain a priority throughout the year. Using other forms of aerobic conditioning (cross-training) serves to accomplish this goal while allowing for a mental and physical break from the road or track bike.

The transition phase is also a time to include resistance training, with a goal of strengthening not only the legs, but all parts of the body that contribute to better cycling performance. Unfortunately, many riders fail to maintain some form of resistance training during race season, which often results in loss of strength in areas such as the upper body and the core. It is particularly important for females and master cyclists to effectively utilize proper resistance training, not only in the offseason, but also throughout the year.

This article provides guidance on getting started with an effective transitional phase resistance training program. Monthly articles to follow will address all the various stages of a well-designed, periodized, off-bike training plan.

One of the main keys to success is to start this off-season resistance training easily. Much can be accomplished with your own bodyweight as resistance. In some cases, the use of light weights is in order. Regardless of the resistance used, there is not a need to engage in hard efforts in the gym during the first few weeks.

Just as the first time back on the bike after a layoff would not include hill repeats or intervals, the first resistance training phase involves relatively low intensity exercises performed in a moderate repetition range. You should be able to do each exercise in perfect form, including the last rep. Of course, after this break-in period (the first two weeks) the effort must increase in order to be effective, but to do so early on increases the odds of injury or unnecessary muscle soreness. Believe it or not, the “no pain, no gain” mentality in the weightroom is truly contraindicated. Getting muscularly sore is neither an aim nor a realistic outcome of lifting weights. 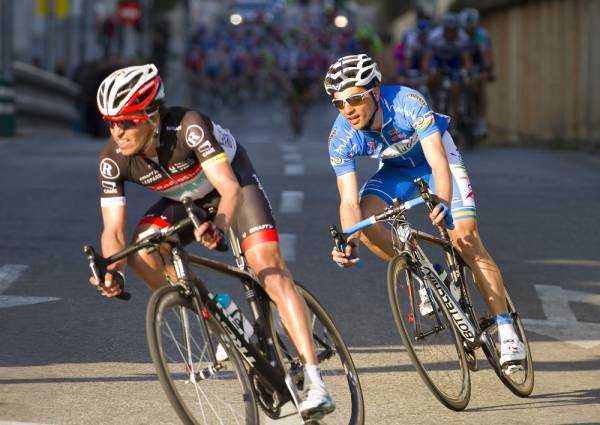 Some years back, some USA Cycling coaches asked me to help an elite junior rider transition from his previous year’s junior weight program to something a bit more challenging. I met the rider in the Colorado Springs’ Olympic Training Center gym and offered advice on some basic exercises done with one set of 12-15 reps each. As we wrapped up the rider said, “Is that all? I did three sets, and used more exercises and weight all last week. I’m still so sore I can hardly move, but I thought that’s what’s needed.” No doubt this young stud figured I knew nothing about training, as I never saw him in the gym again.

In the first workout one set of 12-15 reps is appropriate for most exercises. At a minimum, cyclists should include one multiple-joint exercise for upper body pushing, one for upper body pulling, one for the lower back, one for the abdominals, and one for the lower body. It’s unnecessary, and not a good use of time or energy, to perform more exercises that address the same muscle groups. Cyclists do not need to train like bodybuilders.

Far too many cyclists hold unfounded beliefs that light weights and high repetitions in the gym are what needed for an endurance athlete. This might be true if the athlete demonstrates poor muscular (not cardiorespiratory) endurance on the bike, but that is an unlikely characteristic for a cyclist.

The second workout can progress to two sets. During the final session of week one the rider should utilize three sets per exercise, with slightly greater resistance in each set. There should be about 1.5 minutes of recovery between sets. Monday, Wednesday, Friday workouts are well suited for most riders at this time of the year. Cyclists should aim to be in and out of the gym in 45 to sixty minutes.

There are no magic exercises for cyclists. Keep exercise selection simple in the beginning. In the first two weeks, bodyweight works well. Use exercises like lunges or step-ups for the hips, thighs, and hamstrings; back extensions for the lower back; trunk curls (“crunches”) for the abdominals; push-ups (on the knees or traditional) for the shoulders, triceps and deltoids; and inclined pull-ups for the biceps and mid-back muscles. 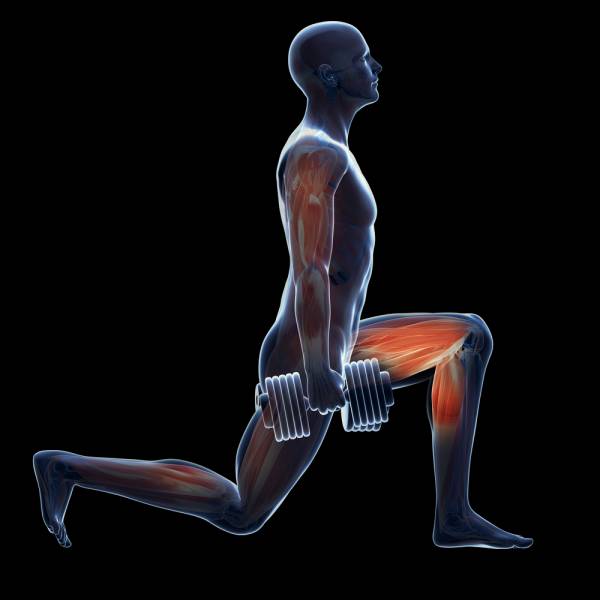 After two weeks of break-in, riders should move to free weights or some resistance machines to work the same muscles in slightly different ways. For example, hold a light barbell or a pair of dumbbells while lunging. Place a 5- or 10lb weight behind the head for back extensions. Perform light bench press or shoulder press for the upper body pushing muscles. Use the lat pull-down machine or one-arm dumbbell bent-over rows for the biceps and mid-back. Since riders are not focused on developing hypertrophy (muscle growth) they can use different exercises each workout (Mon, Wed, Fri) for the same body parts.

A Note of Caution

I did not mention leg extensions or curls. Hip and knee extension is the main force behind the pedal stroke. This requires multiple-joint movements, no single-joint, isolation exercises. This will be addressed in future articles.

We’ll get more serious later. Right now, take it easy. There is plenty of time to graduate to the more serious efforts at resistance training in the coming months.

Any cyclist can improve performance on the bike by engaging in a sensible resistance training program throughout the year. Most cyclists engage in weight training only in the winter, but real benefits that contribute to better cycling performance throughout the season require a year-‘round approach to this part of the training plan.