Women and Group Exercise: Theories From a Male Instructor

I have never understood why group exercise is dominated by women participants. I have a few theories on why this is, in regards to dancing, ability to listen, and community.

There are two things that I have never really quite come to understand:

I frankly have no idea what makes morning people or women tick. Still, I like to hypothesize and I have developed some theories as it relates to women and group exercise. (Morning people are simply a different breed, so I’ll save the topic for a later date.)

Though I have been coaching teaching, training, and writing for years, I have never quite been able to put my finger on the dynamic of the majority of fitness classes being female-based. When I walk past a group exercise studio my mind is filled with a mixture of curiosity as to why it’s filled with so many women, as well as dash of regret for having chosen boxing instead of Zumba. I can tell you that from my estimation the average Zumba participant certainly is softer and gentler than the guys (and gals) hanging around the boxing gym. I’ve decided that surely, in my next life, I’ll be a Zumba instructor and participant. But, I digress.

So what is the deal with women and exercise? While many of us guys do some hanging out in a group, perhaps the golf course or maybe a martial arts studio, it seems that more of us are more loners when it comes to our daily exercise. Even when we do hang out together for such activities, we make them seem like a competition, be it pick-up basketball, sparring at the boxing gym, or city-wide sports leagues. Guys, on the golf course, how often do you play when there isn’t some wager per hole? I rest my case.

Us guys play together, but we aren’t necessarily making friends, we’re competing. I coached boxing at the same studio for years and I developed almost no male friendships out of that studio, despite an overwhelming male membership. Whereas I was able to connect with the small group of female members and still keep in touch with them after I left that gym. Hmm. Guys were there to throw punches, pure and simple. Ladies, too, but there seems to be more to the equation for females than just exercising and learning. What gives?

Women are plotting to take over the world. 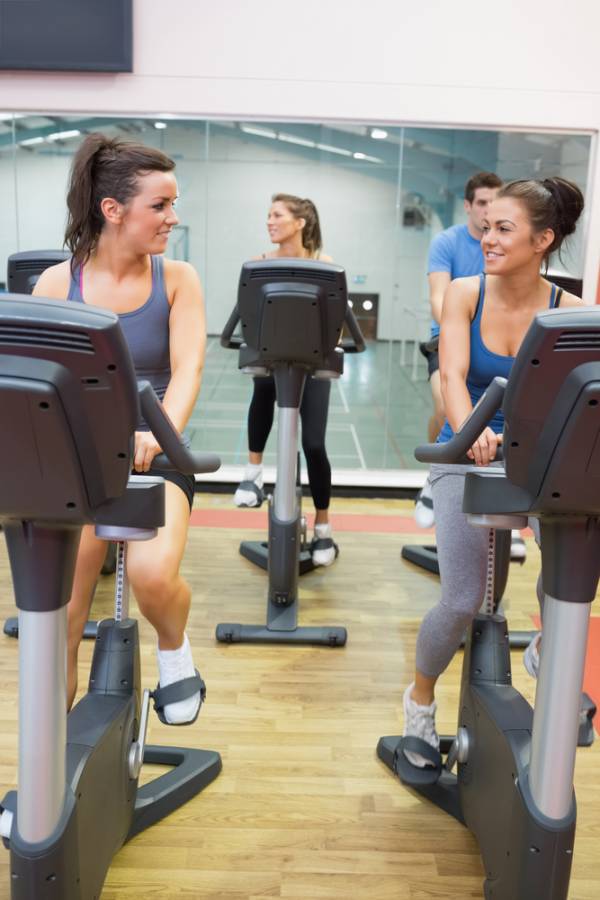 When I asked my best friend’s wife, Angie, her take on women and group exercise, she stopped for a moment and simply said, “We’re there to talk.” It’s about what’s said in between the exercises, or before and after class, during the stretch and cool down, in the locker room, and at Starbucks after spin class.

Now I’m not really sure what is said, but I am pretty sure it isn’t anything I can chime in about. In all of my years in weight rooms, martial arts studios, and boxing gyms, I can probably count on one hand the amount of in-depth conversations I have had with my fellow men. Women conversely seem to be able to chat and exercise simultaneously, or perhaps its exercise, then chat. I dunno. What I do know is that every time I ask a group class I am instructing to quiet down, women just so happen to be the culprits. Angie’s theory may have some merit.

Zumba. African jazz dance. Ballet barre. Even the martial arts have a dance-like element. Every guy that’s ever been dragged out on to the dance floor at a wedding or talked into ballroom dancing with his gal, knows that generally, women seem to like to dance more than we do. They love to get up and groove. Put some music on and women will turn it in to a dance party.

There does seem to be some truth to this theory as it relates to group exercise and women, but the problem is it doesn’t stop at exercise dance classes. I both train and manage at a studio where we do traditional exercise (no dancing or grooving!) that is comprised of heart rate based interval training and still 70% of our clients are women. In yoga and Pilates the women vastly outnumber the men and there’s no dancing there. Even in spin class, having taught that for years as well, it seems to be majority women. Clearly there is more than rhythm and dance behind the reason women love to exercise in class together. 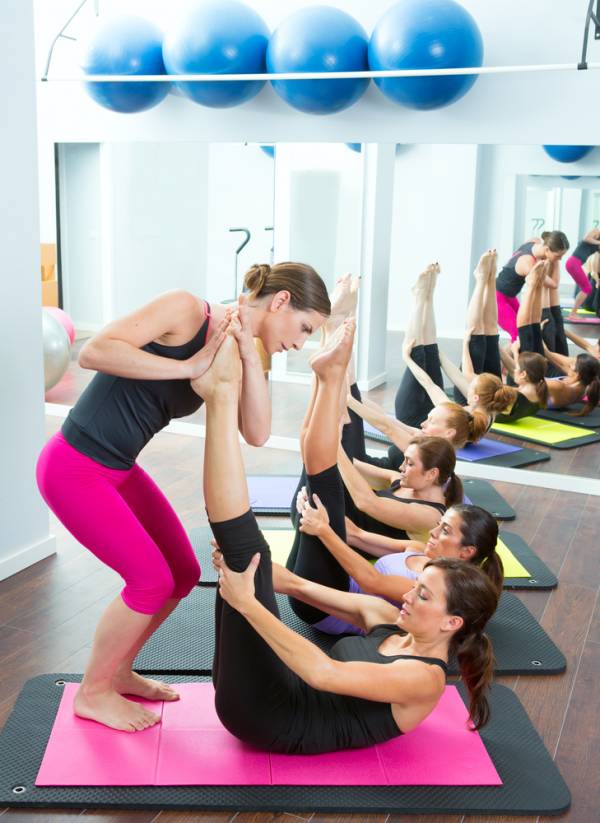 When I asked this question about women and group exercise to a close friend and long-time client she responded that women have an easier time taking instruction. Having been in and around the martial arts for years this one surprised me. Personally I am very much used to saying and hearing “No, sir” and “Yes, ma’am,” so it never occurred to me that women might be more okay with doing exactly what the spin instructor says, whereas men might be prone to doing their own thing.

Let me get this straight – us guys have a hard time following direction? That’s like saying if a guy gets lost while driving he won’t stop and ask for directions. Who has ever heard of such a thing?! This theory interests me, although I can neither prove nor deny its accuracy.

It’s about support and community.

Women exercise for each other. I don’t really think those exercise classes are packed because women are trying to impress men and catch men’s eyes. It’s about connecting with each other. As noted, men are more often lone wolves when it comes to exercise.

There are of course exceptions to this mostly-women trend. CrossFit has done a tremendous job in building a blended community in and around their workouts. In fact, some refer to CrossFit in a half–joking manner as a cult. But the fact remains that women seem to exercise for something larger than simply the task at hand. Fun, community, love, maybe even the gossip at Starbucks afterward.

I say, good for them, because the larger things are what keep us motivated to keep exercising. We focus mostly on results in the fitness and sports world. Did I lose weight, or get faster and stronger? Valid and vastly important for sure, but it seems that at least half of the population wants more than that. They want friends, coaching, support, a fun environment, and maybe even a good tune to dance to.