So why is it that so many trainers and coaches instruct women as if they were just small men?

And the nutrition advice you get about fasting, post-workout meals, and all the rest? All based on studies conducted almost exclusively on men.

In order to help you understand some special aspects about women and fitness, we’ve put together the information we feel most strongly about here at Breaking Muscle. It doesn’t matter whether you’re a female athlete or someone who coaches women; it doesn’t matter if you’re a fitness beginner or a fitness expert – you are definitely not a small man.

So let’s start with something basic, but absolutely essential for both our athletic performance and our health and longevity. Bones.

Exercise Is Important for Your Bone Health

No matter what age you are, if you’re a woman, then exercise is vital to keeping your bone density and mass at a healthy level. As coach Nicole Crawford explained, “Between the ages of thirty and 35, your body will lose more bone mass than it can replace.” But thankfully, it’s never too late to start exercise and it can make a big difference. Nicole recommends, “Get at least twenty minutes of weight-bearing activity every day, especially if you’ve already reached menopause. As noted in The Journal of Clinical Endocrinology & Metabolism, lack of exercise accelerates normal bone loss rates in the menopausal stages.” To learn more about the relationship between bone health, pregnancy, breastfeeding, and menopause read Women and Bone Health: 4 Ways to Build Stronger Bones.

One of the mechanisms by which exercise protects your bones is the production of a substance called IGF-1. IGF-1 protects your bones’ ability to keep rebuilding. Coach Doug Dupont went more in depth into the mechanisms of IGF-1 in this article, where he quoted one researcher as saying, “Physical activity training is conceptually simple, inexpensive, and can serve practical purposes including reducing the risk of low bone mass, osteoporosis, and consequently fractures.”

Remember that lifting weights is particularly good for your bones, so don’t buy into the myth of getting bulky, either. And while we’re talking about myths about women in fitness, let’s address a big one – the idea that women can’t do pull ups.

Coach Andrew Read has a lot of phenomenally strong female clients. His expectations of them are as high as for his male clients, but he does train them a bit differently when it comes to pull ups. Said Andrew, “Women will tend to have slightly more slow twitch fibers in their upper body. This means that rep ranges that men will find the most beneficial will often need to be pushed up, just a bit, for them to be suitable for women. In other words, women need slightly higher reps.”

Andrew offered a number of valuable tips for women seeking their first pull ups in his article Women and Pull Ups: 3 Secrets for Success You’ve Probably Never Tried. And after you read that article, check out another by Andrew, where he discusses the myth of “toning and shaping.”

Intermittent Fasting and the Women’s Guide to Getting Lean

Earlier I mentioned intermittent fasting and how the research done on it has been conducted on men. Because of this, Coach Lauren Brooks examined both the existing research and anecdotal evidence from her fitness colleagues to find out if IF is really a good idea for women. She wrote:

Some of what has been documented is the masculinization of female rats. They become more energetic and mentally focused, which is one of the main perks of this popular way of eating. When push comes to shove, however, this benefit is actually a stress effect on the body that causes it to become more “manly” and thus want to find food. On the other hand, the male rats showed they didn’t have a brain chemistry change like the females. This explains why some women are raving about their strength training while practicing IF, but the long term effects are yet unknown. I’ll be the first to admit that some IF can give you an increased sense of energy and strength. Eating raw vegan did that in the beginning for me, as well. In the end, however, it comes down to hormonal health and that’s where women could end up paying a big price.

For more personal stories of intermittent fasting and women, check out Lauren’s article, Train Like a Man, But Eat Like a Woman. For tips on how to get lean from a female coach, read The Female Guide to Getting Lean. 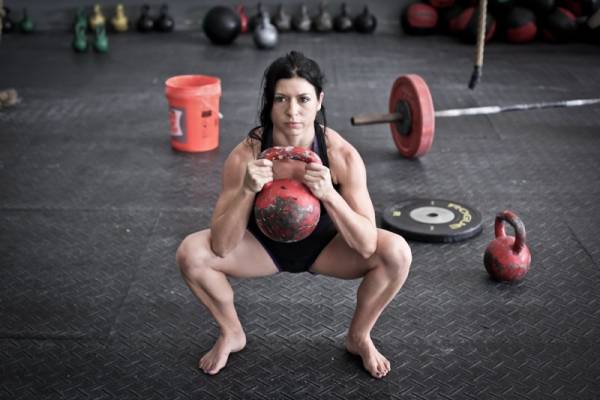 Remember that women have different hormones than men, so when you read about popular diets know that changing your eating can have a cascade of effects that men just don’t experience. And since we’re on the topic of hormones…

Birth Control, Hormones, and Your Lack of Progress

If you are still struggling with your progress, in regards to either performance or weight loss, another aspect to consider is your birth control. If you are taking birth control, it could be inhibiting your ability to build muscle and get stronger. Our nurse practitioner Vanessa Bennington explained the fluctuations in testosterone and estrogen in her article Is My Birth Control Stopping My Progress in the Gym? She wrote:

If we’re suppressing ovulation guess what doesn’t happen? The body doesn’t get that bump in testosterone. Ruh-roh. For those of us with athletic and body composition concerns, this presents a problem. Without testosterone, or without adequate amounts, it’s hard to build strength, muscle mass, and very hard to maintain a favorable body composition.

For those of you now inspired to get off the pill, Vanessa also shared her insights in her article Non-Hormonal Birth Control for Athletes.

So, yes, while it’s true your coach should have high expectations of you and your potential, this should not be based on the exact same exercise progressions, nutrition, or advice that is given to male athletes. Women are just as capable as men, but they are also quite different.