Your Supplements Are Killing Your Gains

Taking a multivitamin is a common health recommendation, but are they doing your body more harm than good?

Multivitamins and antioxidants are, by far, the most commonly used dietary supplements in the world. They’re cheap, ubiquitous, and you don’t even have to buy them from a supplement store. You can typically find them at your local supermarket or pharmacy.

Before we go too far down the rabbit hole, I’m going to clarify what I mean:

All things being equal, if you’re training and taking a multivitamin/antioxidant product, you’re probably going to be slower and weaker than you would have been if you’d never taken it.

I’m talking about actual strength and speed here, not weird proxy measurements of mTOR and esoteric cofactors like FOX01 (don’t worry if you don’t know what those are). Also, it bears noting that even proxy measurements that are deeply embedded in the process of muscle growth (like myofibrillar protein synthesis,) have recently been shown to lack strong correlative power.1

Since we have tons of studies on vitamins and exercise, I’ve decided to focus on outcomes that involve tangible results, not a bunch of ridiculous biomarkers. And in the majority of valid (and relevant) medical studies, when examining the effects of vitamins and antioxidants on training adaptations, the most common result (other than nothing at all) is negative.

I’m not the first to say this about these supplements:

…oral doses of antioxidants has received much attention as a noninvasive strategy to prevent or reduce oxidative stress, decrease muscle damage and improve exercise performance. Over 150 articles have been published on this topic…with most studies reporting no effects on exercise-induced muscle damage and performance. Moreover, a growing body of evidence indicates detrimental effects of antioxidant supplementation on the health and performance benefits of exercise training.2

A 2012 article published in Oxidative Medicine and Cellular Longevity examined eleven prior studies on vitamin C and/or E supplementation on physiological adaptations to exercise.3 Two demonstrated negative effects, two were positive, and the rest yielded no results either way.

The two studies showing positive effects were both on rodents. The human studies showing no effects were conducted with (fairly standard) dosages of vitamins C ranging from 500-1,000 mg/day and vitamin E at 400 IU/day, for four to sixteen weeks (basically what you get when you buy a bottle of 100 pills).

“Think of vitamin A as a band, and the vitamers are the members. Remember when the members of KISS each produced their own solo albums? It’s basically the same thing with vitamins.”

In one of the negative studies that contained both a human and rodent division, it was found that the administration of vitamin C can reduce exercise-induced mitochondrial biogenesis.4  Increased mitochondrial biogenesis (and density) results in muscles that display greater endurance. By contrast, a bigger, stronger, muscle without the same mitochondrial density will have less endurance (which is why we don’t see the simultaneous record holders in the marathon and squat).

But What About Soreness?

I know, if you take some mega-doses of vitamin C, you’ll be less sore, right? Not necessarily. Even though vitamin C can reduce numerous markers of oxidative stress, it doesn’t always result in less soreness (which, ostensibly, would allow you to train harder).5  This is exactly why I mentioned that we weren’t going to be relying on proxy markers of efficacy – because while a ton of studies show that vitamins and antioxidants will reduce this marker or increase that one, those studies say nothing about actually making an athlete bigger, faster, or stronger.

Everything Has a Limit

Finally, there is a saturation point with regard to vitamin C (ascorbic acid). If you down one of those 500mg capsules, it’s basically the same as downing five of them. 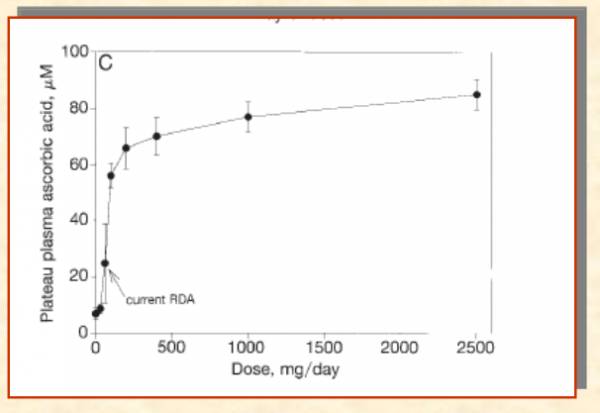 Not even a seafaring boat of Pilgrims would need to consume this much vitamin C.

Some studies have even indicated the 500mg dose can cause vitamin C to act as a pro-oxidant (yes, the opposite of an antioxidant), depending on which strands of DNA the scientists have looked at.6

The Realities of Training Stimuli

Since we’ve seen a reduction in oxidative stress (provided by vitamin C) accompanied by less of a training adaptation, it stands to reason that many of these studies with so-called positive outcomes (a reduction in catabolic hormones), are actually reporting a potentially counterproductive result.

“The less stress you put on your body (to a point), the less you will force it to adapt.”

Remember, the body responds to the negative stress of training with a positive adaptation (strength, endurance, etc.). The less stress you put on your body (to a point), the less you will force it to adapt. Unfortunately, many scientists have chosen to ignore that fact, and recommended vitamins despite the lack of (or even contrary) evidence.

In the following excerpt, we have authors of a study recommending that endurance athletes use vitamin E – not because it gives a performance benefit, but rather because it prevents a form of oxidative stress:

Supplementation with 100 to 200mg of vitamin E daily can be recommended for all endurance athletes to prevent exercise-induced oxidative damage and to reap the full health benefits of exercise.7

But this has nothing to do with performance, even though the recommendation is for endurance athletes. Studies like this one are commonplace, where the authors don’t look at a relevant data point and start with what seems to be a bias that vitamins are good, while anything that indicates stress or damage to the organism is bad. But again, the acute damage we do to the human organism within the context of a training session is different than systemic dietary or environmental damage.

Reactive oxidation is not a mistake, it’s an essential part of the cellular signal process, and especially the process that leads to exercise adaptation and improved health: 8,9,10,11

That’s okay, though, because there’s no such thing as vitamin E. Or vitamin C, for that matter.

Okay, let’s unpack that statement by defining our terms. A vitamin isn’t a “thing” at all. It’s a group of things. Specifically, vitamin C isn’t a single vitamin, it’s a bunch of chemical compounds called vitamers, each of which is called vitamin C.

If you look at the ingredients panel on a bottle of vitamin C, you’ll likely see something called ascorbic acid. Ascorbic acid is a vitamer and is only one kind of vitamin C. Each vitamer in the vitamin C family has a similar molecular structure such that “vitamin C” doesn’t describe one specific thing, but is a blanket term that covers all of the various ionic compounds (salts) of ascorbate: ascorbic acid, dehydroascorbic acid, calcium ascorbate, and sodium ascorbate.

“You can’t simply remove one vitamer from its group and expect it to produce similar results.”

Generally speaking, when you buy a bottle of vitamin C, it’s ascorbic acid. Dump any (or all) of the aforementioned vitamers into a bottle and it’s going to qualify as vitamin C‏. So, if five different people use five different brands of vitamin C, each of them could be using a different version of ascorbate and a slightly different compound – but all of those compounds will fall under the category of vitamin C.

Across the board, when we talk about vitamins, we are actually talking about categories that represent entire groups of vitamers. Vitamin A includes retinol, retinal, alpha-carotene, beta-carotene, gamma-carotene, and beta-cryptoxanthin. All of those chemicals are called vitamin A, but there are significant differences between them.

For example, while retinol can be reversibly changed into retinal, it’s not a two-way street, as retinal does not share that property. Moreover, retinal/retinol are typically consumed via animal sources, while the carotene versions of vitamin A are generally ingested through plant sources. The carotene versions would be more appropriately called pro-vitamin A, as they require enzymatic conversion to end up in their ultimate form (retonic acid). In the retonic acid form, we find that vitamin A performs a role in gene transcription that isn’t found with the unconverted carotene versions.

There is also a specific type of fatty acid attached to retinol/retinal that makes them more susceptible to rancidity. Still, any of these chemicals can accurately be called vitamin A and said to guard against deficiency – despite having highly distinct relative properties.

None of those specifics are overly important here, except to illustrate that the thing you thought was a vitamin is actually not a thing at all – it’s a group of things, each of which can have highly distinct properties. This applies across the board to all vitamins Vitamin E is a family of tocopherols (d-alpha, d-beta, d-gamma, and d-delta-tocopherol) and tocotrienols (alpha, beta, gamma, delta tocotrienols).

You can’t simply remove one vitamer from its group and expect it to produce similar results. Think of vitamin A as a band, and the vitamers are the members. Remember when the members of KISS each produced their own solo albums? It’s basically the same thing with vitamins. You might think you’re getting Gene Simmons (or Ace Frehley), but in reality you’re getting Peter Criss (or that other guy). 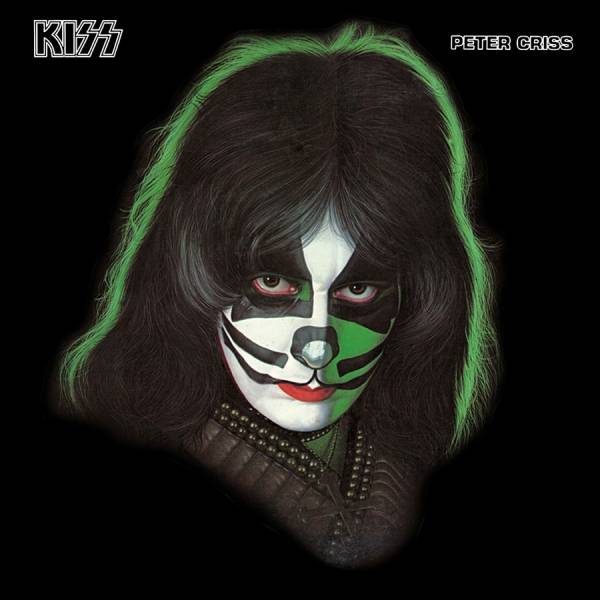 I’m not picking on vitamin C (or E or A), I’m just using them to illustrate my points. The first of which is that the use of antioxidant vitamins to boost performance is not supported by the literature, and the second of which is that we are taking isolated vitamers out of their natural state and expecting them to produce gold albums (or whatever). 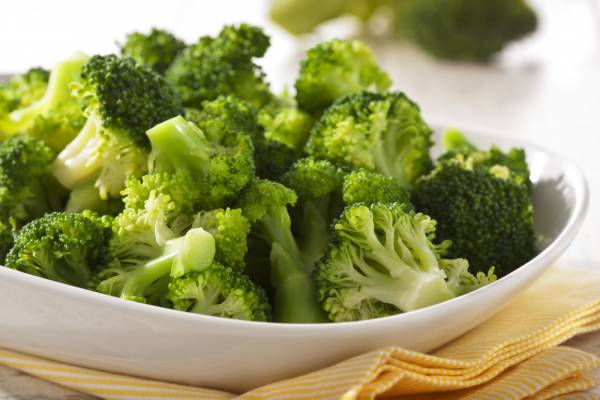 It’s the whole thing. Because while we can literally figure out everything that’s in broccoli, we still can’t reproduce that sum by adding up the part, nor can we figure out why it displays the absorption and bioavailability that it does.12

Some have proposed that the health benefits of fruit and vegetables are from additive and synergistic combinations of phytochemicals (in a review study with that incredibly descriptive name, actually).13 Whether or not that’s true, I can’t come up with a better hypothesis, as it seems fairly obvious that taking isolated vitamers fails to have the same positive outcome as eating vegetables, and in fact, seems to have the opposite effect on health and exercise.

Postscript: I have not investigated any so-called “greens” products or various powdered extracts that claim to provide “full-spectrum” benefits or contain all of the same phytonutrients and absorptive qualities. I might in the future, but for now, I’m going to limit my recommendations to eating five servings of vegetables per day and generally avoiding any supplemental vitamins or antioxidants.