On the other end of the spectrum, where the challenge is every bit as mental as it is physical, there are the SEALFit camps, ranging from one day to 21 days in length, or GoRuck Challenges that also range from a few hours to 48 hours. And, if you wanted to combine the mental and physical, there is always mountaineering, and something like the Seven Summits, which involves scaling the highest mountain on each continent.

But for those of us who don’t have large chunks of time available to challenge ourselves, here are five fitness challenges that range from a few minutes to a few hours. You’ll find if you start small and build momentum, working your way up to harder and longer challenges, that sooner or later maybe you too will be thinking about a massive challenge like Everest.

This is as simple as it sounds. For the record, a burpee consists of a squat down, kicking the legs out to a push-up position, performing a push up, jumping the legs back into a squat position, and then jumping up. The chest should never touch the floor. That’s called a sprawl.

An absolute animal will take around five minutes to complete this with strict burpees (no other form counts), and most reasonably fit people should be able to get the 100 in ten minutes. Remember, this is a test of both willpower and fitness and only the weak allow themselves to use poor form.

For women, use a 16kg kettlebell. Men should use a 24kg bell. The rules are simple for this test, too. The kettlebell must pass between the legs and to lockout in one smooth movement. No pressing out of the kettlebell is allowed. The arm must be vertical and the body motionless at the top of every rep. You can change hands as often as you like, set the bell down when you want, and use as much chalk as you like. However, no hand covering is allowed.

People experienced in kettlebell training (RKC, SFG, or Girevoy sport competitors) will knock this out in less than ten minutes, more likely around eight. For everyone else, you should be done in around fifteen minutes if your hands hold out. Again, use form you would be proud of on YouTube. Don’t give in to weakness and allow yourself to fall into bad habits. 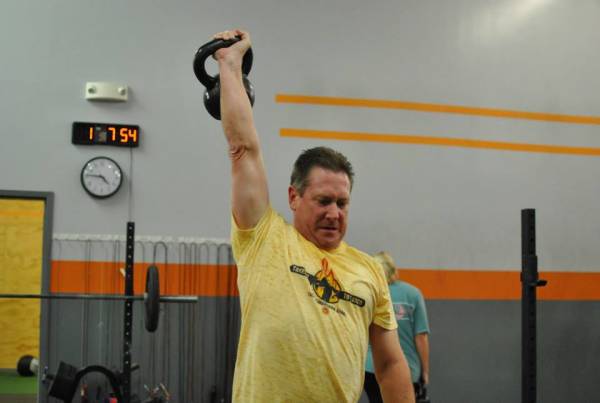 This was sent to me by a SEAL. Apparently his platoon has been using this as an in-house challenge. You must complete the 5km row and 5km run in under 45 minutes.

This CrossFit Hero WOD is a fantastic benchmark of grit and stamina. Wearing a twenty-pound vest for men or a ten-pound vest for females, begin by running a mile. Following the run, you then perform 100 pull ups, 200 push ups, and 300 squats. Then, you’re not done until you complete another mile run. For this challenge, the vest stays on at all times and the pull ups must be strict – no kipping.

SEALFit suggests that you should be able to do this in under an hour and ten minutes if you’re ready for their camps. Under ninety minutes for everyone else.

Spartan Race comes in three main lengths – the 7km Sprint, 14km Super, and 21km Beast. The Beast will require some specialized training, but the Super should be well within the grasp of most fit individuals. Fast finish times will depend largely on the course layout, however a sub-two hour time is worth bragging rights. 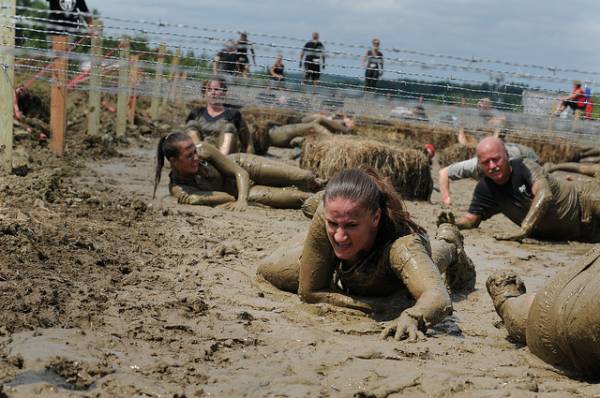 Push Your Boundaries Though Incremental Challenges

The funny thing about smaller challenges is that they tend to add confidence and push you to try new things. I’ve seen people go from being unable to swim to completing a half-Ironman triathlon within a twelve-month period, just from putting gradually bigger and scarier goals in front of themselves. To do this, each challenge needs to push your boundaries as to what you think you’re capable of achieving. As the mind stretches, it grows and becomes accustomed to new levels of pain and suffering and treats these as normal.

Fear, weakness, and insecurity are all in your head. They are constructs of how you see yourself. Over time you can learn to eradicate and control these thoughts and replace them with much more positive ones. However, strength of mind comes from learning to push forward even when uncomfortable. Physical duress is a fantastic way to empower yourself and you’ll find the confidence gained leaks into all other aspects of your life.