The art of muay Thai, otherwise known as “the science of eight limbs,” has existed for centuries. However, the modernized sport of muay Thai evolved in the early 19th century. Many changes were made to the sport at that time: boxing rings and stadiums were built, gloves were required, timed rounds were put into effect, and rules were created to protect the athletes. These steps all led to the increased popularity and international appreciation for this form of martial arts as a sport.

Conditioning yourself to compete in a muay Thai fight is one of the hardest things a person can put themself through. The level of physical and mental toughness a fighter needs to possess in order to step into the ring is uncanny. Muay Thai fighters spend countless hours conditioning their bodies to withstand the tremendous strikes their opponent will unleash upon them. In addition to being mentally and physically tough, Thai fighters need to be extremely athletic. Muay Thai requires the practitioner to possess a large range of athletic qualities – agility, speed, power, strength, coordination, balance, timing, and visual acuity.

In order to train all these qualities and sharpen their skills, fighters have to spend large portions of the day training. In general, fighters will train 2-3 times per day for periods of up to 2-3 hours per session. Due to the lack of on- and off-seasons, fighters are expected to train year-round if they want to have a successful career and get the big title fights.

Often I am asked why I compete. My answer is quite simple: I fight because training for the bout is the best way for me to improve. Since a young age I have always desired a high level of skill in the martial arts. Participating in a fight camp is an almost guaranteed way to substantially increase your level of skill. It’s also extremely grueling and difficult on the mind and body. Fight camps last for 6-8 weeks and can place large amounts of stress on the fighter, especially for amateurs, who usually have jobs, collect no purse from the bout, and still have to find time to train.

While studying abroad I had the opportunity to train like a pro fighter with professional fighters. Training started sharp at 5am and would sometimes last until 8pm. Below is an example of the daily routine a professional Thai fighter goes through:

The morning sessions always started with running. Students would run between 3-5 miles to start off the day. After running we would do a combination of wind sprints, running up stairs, long jumps and other callisthenic actives. Upon returning to the school the real workout would begin. The workout was usually on the lighter side and would consist of shadow boxing, light bag work, and technique focused drills that would be practiced later in the day. 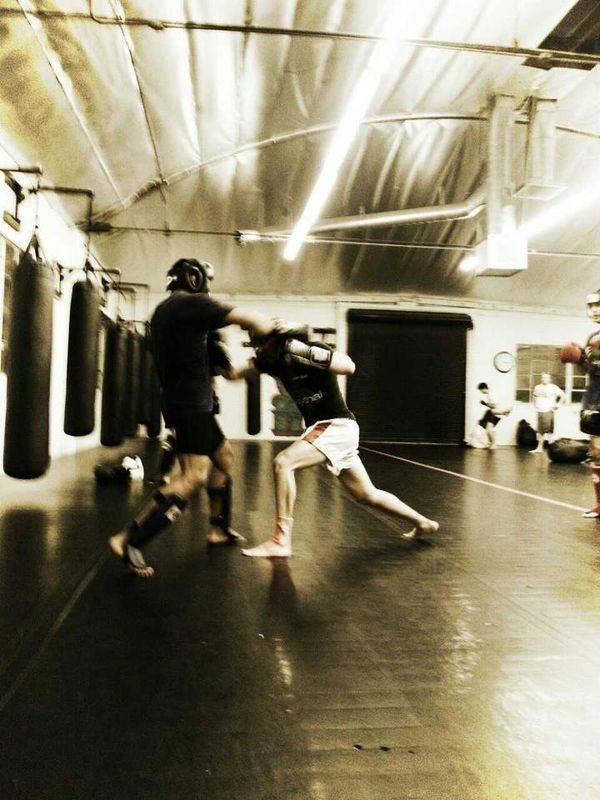 The afternoon sessions were always the hardest. This was the meat and potatoes of the day’s session and would usually consist of:

Every day was slightly different and coaches were always pushing you to focus on different aspects of your game.

Occasionally during this time the coaches would have us perform a strength workout. It consisted of squats, bench press, deadlifts, military presses, pull ups, push ups and various core exercises.

Evening training sessions could be easy or terrible, depending on the coach’s mood. These sessions were sometimes mirror sessions of the afternoon workouts or completely different. They generally looked something like this:

We performed this schedule six days a week for an entire year. It was absolutely brutal, but life-changing and amazing at the same time. If you are interested in competing in muay Thai, please ask yourself if you are dedicated enough to see it through until the end. The training can be ruthless and relentless at times, but the rewards you reap from it can last a lifetime.