Competition is everywhere, whether we like it or not. Between athletes, between businesses, and between the voices in our heads. Some believe there is in incomparable value in competition, and even in losing. Others believe competition squashes people and their ambitions.

You have competition every day because you set such high standards for yourself that you have to go out every day and live up to that. – Michael Jordan

Are you inspired or deflated by competition? Is it valuable or harmful? This week’s articles explore those questions in different scenarios.

Should kids really get rewarded for participation alone? Or should value and incentive be placed on the pursuit of victory? Is losing something kids should experience for their own betterment? Coach Eric Stevens explores all these questions.

The Emotions of the CrossFit Games (Video)

The higher the stakes, the higher the emotions involved. Winning and losing comes with a whole array of emotional states and experiences – positive and negative. Here, you can experience for a few minutes what it’s like for the CrossFit Games elite athletes.

How the New CrossFit Certification Levels Will Impact You

Competition doesn’t just happen between athletes, but also among businesses. What happens when CrossFit gyms compete with each other on a financial level? Do the new certification levels play into this? CrossFit gym owner and coach Teddy Kim offers his thoughts.

Should a competitive weightlifter watch his opponents when they’re on the platform? Should he watch his teammates? Should he let his teammates or competitors watch him? What are the pitfalls and the benefits? Olympic weightlifting expert Dresdin Archibald weighs in.

Yes, CrossFit is competitive. But there are ways to make sure that competition is productive, not destructive, and to use it to build teams instead of divides. CrossFit coach and psychologist Craig Marker offers his thoughts and ideas for workouts. 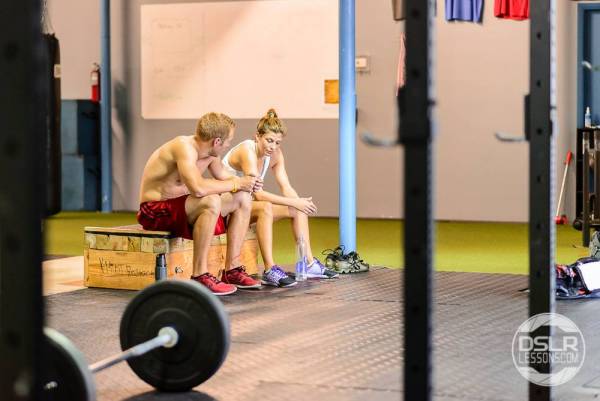 Three-time CrossFit Games veteran Patrick McCarty knows a thing or two about competition. Here he reports back from his 2014 experience on what went well, the best part of the competition experience, and how water should not be a scarce commodity.

Why Loving Your Body Is Not Enough

You don’t necessarily have to be in a competition scenario to set off the competitive voices in your head. And those voices can be critical, judging voices. Coach Summer Innanen discusses how those voices can mislead us as to what our real goals should be, and how we can instead learn to love who we are and shut down the internal judges.