I always hated the Presidential Physical Fitness Tests in school. The battery of tests was no big deal if you happened to be a fit and lean kid, but for a guy nicknamed ‘”Truck,” the annual fitness testing kept me up at night.

The Value of the Presidential Physical Fitness Test

As the son of a dancer, I was naturally flexible and nailed the sit-and-reach test, but I failed the grade on the rest. I couldn’t do a pull up to save my life. But the event that really struck the fear of God in me was the granddaddy test of them all – the mile run. Talk about the ultimate nightmare for a chubby kid.

With the Presidential Physical Fitness Test, not every kid got a trophy. In fact, there were no trophies given period. Just pass or fail. Despite failing most of the standards, I shrugged it off as I was taught early on that self-confidence meant battling adversity and working hard no matter what the circumstances. As a result, I didn’t end up in therapy and I wasn’t scarred for life from such “trauma.”

Furthermore, failing the tests and being a chubby kid propelled me to develop one of life’s most valuable attributes – motivation. As I grew up and leaned out, I also grew more motivated as a result of the challenges I faced in childhood. Ask any athlete or any fit person anywhere and he or she will tell you similarly that we learn from our failures and our insecurities can drive us to great heights if we use them properly.

Those fitness tests are now a thing of the past having been replaced by the less daunting Presidential Youth Fitness Program. The thought process in replacing the old tests was to move away from measuring performance and move toward assessing health. I can’t fault the federal government for switching gears, as the epidemic of childhood obesity is as big of a threat to our nation’s future as any. When I was a kid in the 1970s, 5% of children were considered obese. By 2010 this rate more than tripled to approximately 17% of two- to nineteen-year-olds.

By now, we all know that there are myriad factors that contribute to obesity: a processed food supply, added sugar in foods and beverages, and the inactive nature of our modern lifestyle. It is my contention that behind these factors is a more dangerous culprit – our attitude. Namely our attitude that no matter what we’re good enough and everyone is a winner. Our culture has embraced this all-inclusive everyone-gets-a-trophy mantra for the better part of three decades and we are now seeing the unintended consequences – among them, obesity and a populace that is largely unfit and unhealthy. 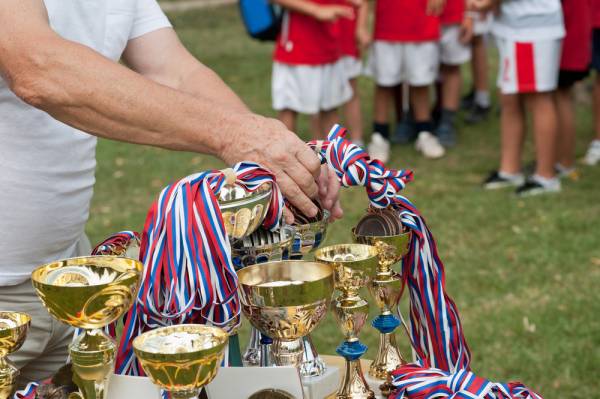 Obesity Is a Competitive Disadvantage

While education, corporate responsibility, and political policy are important contributing factors, I believe the issue starts with parenting. Instead of parents telling children that trophies have to be earned, many tell kids that they can literally have that cake and eat it, too. You don’t have to look much further than the findings of a recent study on parents of obese kids. According to the study done by the University of California, San Diego, parents of obese kids often rate their kids as “very healthy” and downplay the importance of activity and exercise in the health of their kids.

It’s understandable to provide encouragement to a child who needs positive reinforcement. But an important distinction is in determining what constitutes encouragement. Encouragement is not telling kids that obesity is natural or healthy or helping them get that way. Rather, kids need to be taught that obesity is a serious health risk and will hinder their ability to compete.

To that end, whether we like it not and whether we seek it or not, life is competitive. In the real world, from outsourcing to athletics, someone is always trying to take your spot. Kids need to learn that obesity is a competitive disadvantage, from health to athleticism.

How We Can Help Kids

To combat these disadvantages of childhood obesity, kids need support. Our children need more active avenues available to them, certainly they need better quality food, and of course, they need education. More than anything, though, kids (and their parents) need a change in attitude. Kids need to learn that life is far from fair, life is full of failures, and those with the resolve to fight through failure are the real winners. 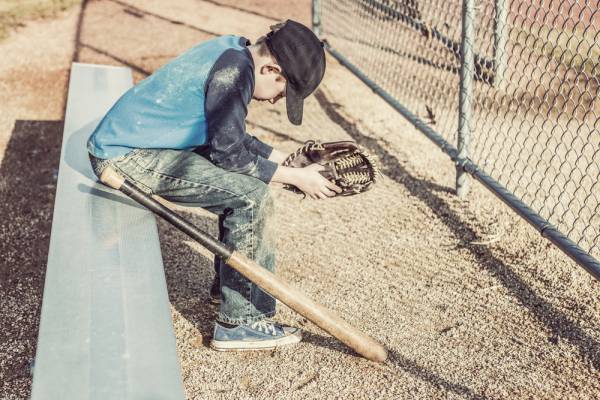 Part of failing is being measured. While kids are perhaps unlikely to learn these lessons in school these days, there are still plenty of environments where kids can learn to fail, face adversity, and get physically active in the process:

These days, kids are told almost universally that they are good enough no matter what. But they aren’t. Our kids are failing at school and failing at health and wellness. These problems will not be solved with money, government programs, or corporate responsibility. They will be solved with a collective change in attitude.

Kids need our support in learning to face adversity. Kids need to be taught to find the resolve to fight no matter what hand they’ve been dealt. Kids need to learn to fail again in order to learn they can succeed.