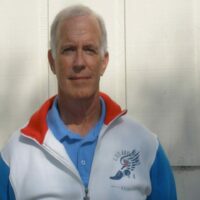 Harvey Newton, the 1984 USA Olympic coach for weightlifting, was an active road and track cyclist for over twenty years in Florida and Colorado. From 1982 through1992, he served as the strength and conditioning advisor to USA Cycling, which included hands-on coaching for many of the national track team members.

Newton is the former executive director of the National Strength and Conditioning Association, and maintains a CSCS credential. He served as the editor-in-chief of the NSCA’s Strength & Conditioning Journal from 1993 to 1997.

A noted national and international clinician, Harvey Newton authored Explosive Lifting for Sports and has developed numerous educational products including the popular Strength Training for Cyclists System available on his website Newton Sports.