Preseason Strength Training for Cyclists: Gaining Power Off the Bike

It’s now time to ramp up our efforts at cycling specialization, but it is a mistake to turn our backs on weight training.

With the recent time change, most cyclists in the Northern Hemisphere now have more daylight hours in which to ride. And we’re really ready for more riding. But remember, this time of the year is best thought of as our preseason. It’s not yet time for peak performance on two wheels. Preseason is a time to ramp up our efforts at cycling specialization, but it is a mistake to turn our backs on weight training. Consider the opposite scenario: How effective would only a few months of cycling be for a strength or power athlete looking to improve their endurance? With a complete cessation of this auxiliary training their endurance quickly returns to baseline.

Quit lifting now and muscular strength gains earned over the past few months are lost. With no long-lasting effects, why even engage in lifting during the winter months? This is particularly true for master athletes and females, both of whom must maintain some form of weight training throughout the year in order to optimize benefits.

To date, this series has outlined a periodized, off-bike resistance-training program designed for the recent offseason winter months. We started with a solid general preparation phase that gradually and progressively got the body ready for the more intense work that really produces results in improved strength and power. Most recently, readers have engaged in a strength-building cycle. Now it’s time to focus on power.

The Development of Power in Cyclists

The popular use of power-measuring devices in the 21st century has made cyclists much more aware of power, or the rate of work performed. Power and strength are not the same physical component, although many of the lay public use the terms somewhat interchangeably. It’s important to remember that in order to train and improve power, you must focus on both increased strength and improved speed of execution.

On the bike this makes sense, as we’ve gone from general offseason easy riding to the introduction of hill training (strength). At this time of the year we need to introduce more sprint and interval (power) work to our cycling training plan. Similarly, in the weight room we’ve progressed to the recent emphasis on lifting heavier weights for fewer repetitions, thus addressing the quality of strength. But improved strength by itself is unlikely to result in better cycling performance. Utilizing our newly discovered strength and converting to power is what pays the biggest dividends. And this means training is a manner specific to improved power.

Time in the gym can certainly be reduced during this preseason (cycling) phase. Obviously, a cyclist’s priority is getting better on the bike, so reducing lifting to twice a week from the usual three times a week makes sense. These lifting sessions are probably best placed several days apart and not connected directly to high-intensity riding efforts, such as sprints or intervals.

Plyometric, or jump, training is a must at this time of the year, but again, the volume does not need to be excessive. However, the intensity of effort should be at its greatest. This means challenging jumps, rather than high repetition efforts of medium intensity. Review the previous installments of this series for details on plyometric training for cyclists.

Training power means movements need to be executed more quickly than in the phase in which we emphasized strength. Slow and steady was fine over the past two months, but now it’s time to make your lifts snappy. Generally speaking this means the weights will be lighter. This quick action during the power phase applies mostly to the concentric, or muscle shortening against resistance, portion of a movement. The eccentric, or muscle lengthening, portion of the lift should be steady and under control. A squat, for instance, would involve lowering slowly to the point where the thighs are parallel to the ground, then blasting upward as rapidly as possible.

This is a time of the year to consider more classical explosive lifts, such as the power snatch or the power clean. Although my background is in the Olympic sport of weightlifting, I am not suggesting that cyclists attempt full snatch or clean and jerk movements as done in competition. The abbreviated power version of each full lift is all that’s needed.

Additionally, power can be easily trained by doing these two movements from blocks or the hang position. This means the weights are located off the floor a distance prior to executing the lift. This serves two purposes: First, it eliminates potential problems with lifting from the ground with a non-neutral (rounded) spine, something common in many cyclists. Second, it focuses all of the effort at the most powerful part of the movement.

Even simpler, riders can do just the pull portion of these lifts. This means the barbell does not go overhead in the power snatch or onto the shoulders in the power clean. Again, we’re training the most powerful portion of the lift here, which is the priority. No need to complicate matters with otherwise technical aspects of these two lifts. 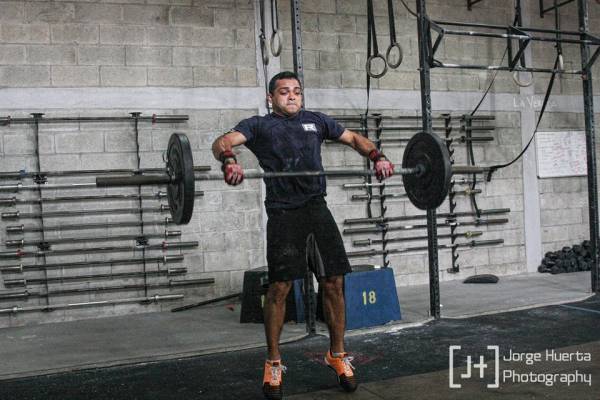 There’s still a need to focus on exercises that affect upper and lower body, along with core musculature. Time on the bike, especially the increased effort of sprints and intervals, can help to maintain lower body strength. Plyometrics and explosive lifts assist in improving muscular power.

If possible, pull ups or chin ups are the easiest pre- and in-season exercises for upper body pulling muscles. Push ups or parallel bar dips suffice for upper body pushing muscles. Remember, the emphasis in this phase is on power, so this means exploding during the concentric portion of the lift and slowly returning through the eccentric phase. Explosive repetitions will preclude you from performing too many reps, as once the speed of the concentric portion of the repetition begins to slow it’s time to stop, not struggle through additional, non-power-producing reps. 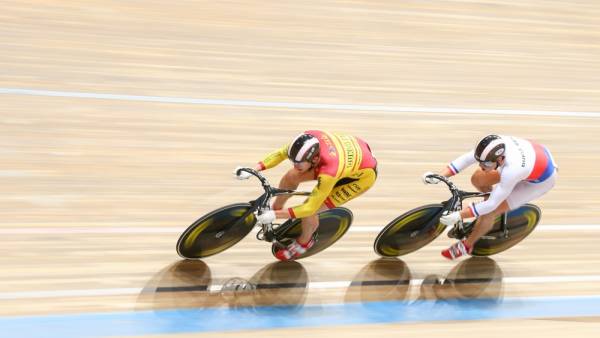 Off-bike power training for cyclists should be fun. It’s a chance to get in the gym, train seriously, and then get out. Workouts are shorter, maybe thirty to 45 minutes, including warm up and cool down. Track riders, especially those focused on pure strength and power events, should continue training three times weekly at this point. The shorter and more explosive the race, the greater power training in the gym remains a priority throughout the year.

The next installment will deal with the maintenance of strength and power during the cycling in-season.