“The guitar’s alright John, but you’ll never earn your living by it.”

New ideas have a way of polarizing people. From the dawn of time, human nature has dictated that some personalities crave the unknown, new, different, and untested, while others are mired in the comfortable and familiar, refusing to be open to anything new.

Those mired in the comfortable latch on, dipping not just their toe in the water but diving head first into their thing. Whether it’s religion, a political party, beliefs about social issues, or even the company they work for, those who connect their entire identity to their parcel of land, who advocate so loudly on behalf of their flag as to drown out opposing ideas, are missing something valuable – the world around them.

What does any of this have to do with CrossFit? Plenty.

I spent the last week in Fort Lauderdale, Florida providing color commentary and analysis for the National Pro Grid League draft and exhibition season. “Grid,” as it is known, is human performance racing. Two teams, racing down the grid, composed of male and female athletes and including athletes over the age of forty. It is a new and quickly emerging sport that is poised to explode. Already set with an NBC broadcast contract and a Madison Square Garden debut for the season opener, what was born in the mind of founder Tony Budding has been rabidly consumed by hundreds of hungry athletes excited about turning pro and competing nationwide.

Most, if not all, of the athletes drafted into the NPGL came from the CrossFit world. This will change over time, as more and more athletes from different specialties begin to appreciate the opportunity that Grid provides, but for now, the feeder system is the world of CrossFit. The athletes who have come through the combines and into the draft are all serious current or former CrossFit competitors who have one thing in common – they are the unknown, new, different, and untested personality types.

On the other side of the fence are those who stand with fingers clutching the chain link, looking in and declaring, “If it’s not CrossFit, it’s not for me.” And that’s all well and good. I mean, no one has to participate in something in which they are not interested. But what is unfortunate is missing out on the world around you because your dedication to your own obsession is unwavering. Looking at Grid and saying, “It’s not gonna happen,” is tantamount to telling John Lennon to skip the guitar and stick with what he knows. Thank God John didn’t listen.

I Love CrossFit, But It’s Not the Only Thing

I have been CrossFitting since 2008 and I am about to make my third trip to the CrossFit Games, so clearly, I love the sport and take it seriously. But I have never been married to CrossFit. If you follow my writing, you know that above all else. I believe my success in CrossFit is precisely because I am not chained to it. Once I discovered true strength and conditioning as a training methodology over pure daily metcon crushfests, I got so much better at CrossFit itself. That is because I was willing to think outside the box and be open to the possibility that CrossFit was a great thing, but not the only thing. 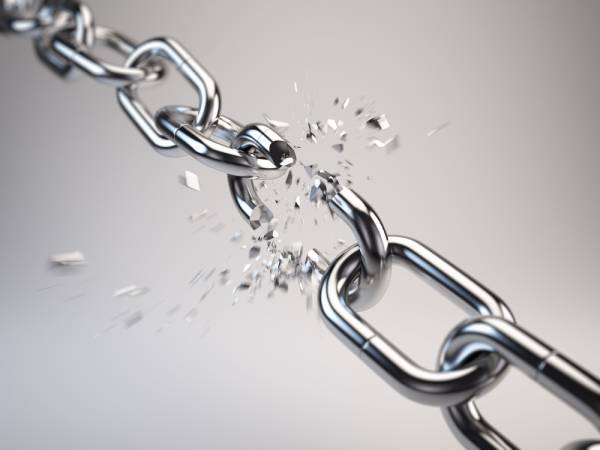 What happens when and if the tide turns, and you’ve sunk your entire existence into the religion of CrossFit? Remember, every empire that has at one time ruled the world has also crumbled. CrossFit, while growing, is also in danger of saturating many markets, and many forward-thinking box owners are co-branding in the event that the bubble bursts. For you, will CrossFit be a cornerstone to a larger structure or a weight that pulls you to the bottom of the sea?

To the Risk Takers

History rewards those who are willing to take risks, those who are willing to say, “The world is immense. If I wall myself up in my fortress, I may be safe but I will never be free.” CrossFit is a wonderful thing, but if you believe it’s the only thing, you are setting yourself up for a titanic disappointment if even the slightest tear in CrossFit’s hull occurs.

The crux of this article is that this week has been a vivid example of how those who are willing to remain open and excited to the new, the different, and the untested were rewarded greatly, while on the other side of that chain link – especially in light of the TV deal, the Madison Square Garden deal, and many more exciting announcements to come – some people are saying, “Oh crap.”

Every single athlete I met this week and spoke to is a full-speed-ahead, IDGAF winner who refuses to be pigeonholed. Congratulations to all of them for laying their dreams on the line. CrossFit is a wonderful thing. But it’s not the only thing.