Energy drink consumption is risky for adolescents and you need to know why.

Energy drinks are bad juju for athletes, especially adolescent athletes. With the exception of studies conducted by the energy drink industry, research and medical articles addressing energy drinks condemn their use by consumers, but in particular, their use by youth.

A Dose of Caffeine and Sugar

PERSPECTIVE: Energy Drinks and Performance: The Good, The Bad, and The Ugly

Under the generic term “caffeine,” energy drinks can contain natural caffeine, as well as ingredients that contain caffeine. Caffeine containing ingredients such as yerba mate, taurine, cacao, or guarana are not required to be separately listed as additional sources of the stimulant. Many drinks also contain additional ingredients, including herbal supplements, which have not been safety tested for children.

“Incredibly, some energy drinks contain up to 500 milligrams of caffeine per can, which is the equivalent of drinking fourteen cans of soda at one time.”

Manufacturers of energy drinks pulled a fast one on consumers. Since they registered and market their energy drinks as supplements, they are outside the jurisdiction of the FDA. Manufacturers do not have to reveal the actual amount of caffeine in an energy drink and there is also no limit to how much they can put in.

What’s the Big Deal About a Little Caffeine?

According to the American Academy of Pediatrics (AAP), if adolescents consume caffeine, they should not consume more than 100 milligrams per day. That’s the amount in a cup of coffee. Incredibly, some energy drinks contain up to 500 milligrams of caffeine per can, which is the equivalent of drinking fourteen cans of soda at one time. Shocked and disgusted yet? Read on. 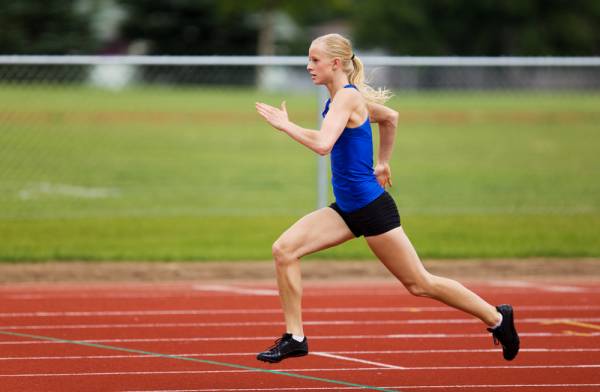 Energy drinks with multiple caffeine sources have shown an even higher rate of side effects, typically involving the nervous, digestive, or cardiovascular systems. Research is inconclusive as to whether or not additional compounds react to the high amounts of caffeine in the drinks to cause side effects or if the high doses of caffeine itself cause the effects. But we do know that many of the added ingredients have never been tested for safety and have never been tested in combination with caffeine in children.

“In a 2014 study, the American Heart Association (AHA) tracked the U.S. Poison Control Centers and discovered more than forty percent of the 5,156 calls about energy drinks involved children younger than six.”

While caffeine is considered a short-term solution to increase wakefulness and alertness, it is also considered a drug. Caffeine poisoning occurs when too much caffeine is ingested in a short period of time and the body is unable to metabolize and flush the caffeine out of the body. This, specifically, is the danger of energy drinks, especially to youth.

While each person may react differently to caffeine, signs and symptoms of a caffeine overdose must not be ignored:

“Manufacturers do not have to reveal the actual amount of caffeine in an energy drink and there is also no limit to how much they can put in.”

In a 2014 study, the American Heart Association (AHA) tracked the U.S. Poison Control Centers and discovered more than forty percent of the 5,156 calls about energy drinks involved children younger than six. Many of these children suffered serious cardiac and neurological symptoms directly attributed to caffeine intake.

Intrigued with the findings, the AHA dug deeper and reviewed reports from a three-year period from the American Association of Poison Control Centers’ National Poison Data System. Their findings were astounding:

Why Do Kids Continue to Drink Energy Drinks?

The energy drink industry exists to make money, so sports and energy drinks are heavily marketed to children and adolescents under the guise of enhancing sports performance. After all, if caffeine increases alertness and wakefulness, it stands to reason that athletes can apply this concept to their individual sports performance.

But, this is wrong. We now know large amounts of caffeine can have serious side effects in youth. And that’s not even taking into account the youth who have certain medical conditions or who take medications or supplements. 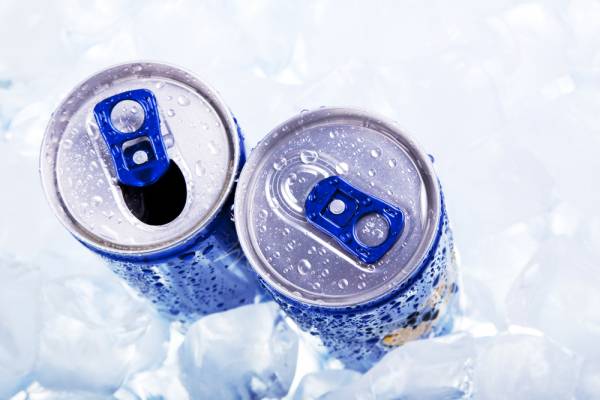 Marketing strategies for energy drinks include promoting the drinks as an alternative to alcohol, as well as image saturation through social media, social networking, and sporting events. Combine the “energy drinks provide energy and enhance sports performance” marketing ploy with the faulty caffeine reporting ingredient labels and it is no wonder kids (and parents) are confused.

Dr. Holly J. Benjamin, member of the executive committee of the AAP Council on Sports Medicine and Fitness, states that sports drinks and energy drinks are different products. Sports drinks contain carbohydrates, minerals, electrolytes, and flavoring and are intended to replace water and electrolytes lost through sweating during exercise. Energy drinks contain substances not found in sports drinks that act as stimulants, such as caffeine, guarana, and taurine.

“Energy drinks pose a real health risk for youth, and consumers are falling for the marketing ploys of energy drink companies.”

Dr. Benjamin reiterates that caffeine has been linked to a number of health problems in children, including effects on developing neurologic and cardiovascular systems. Dr. Marcie Beth Schneider of the American Academy of Pediatrics Committee on Nutrition agrees and stated:

Keep The Bad Juju Out

Energy drinks pose a real health risk for youth, and consumers are falling for the marketing ploys of energy drink companies. While energy drink manufacturers want you to believe their drinks are necessary for enhanced performance, sports or otherwise, the American Academy of Pediatrics, the American Health Association, and the American Association for Poison Control all agree that’s not the case.

But Drs. Schneider and Benjamin put it most succinctly: “ Energy drinks are not appropriate for children or adolescents.” Period.