Mas Oyama was a true modern warrior, but he didn’t begin as one. Here are four tips taken from his life that can help you to become a powerhouse in your own training. 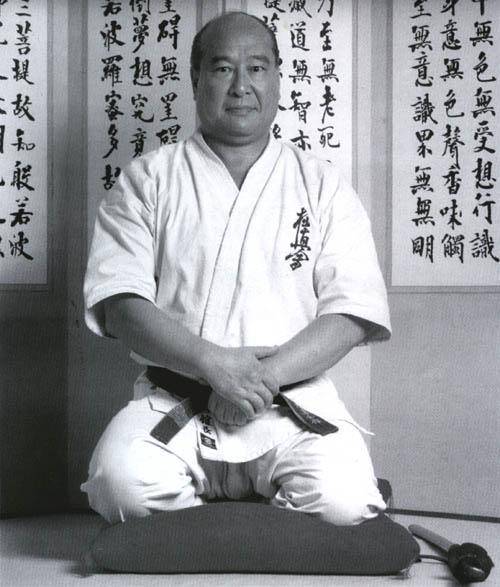 Fierce power, incredible speed, and the endurance of a bison – when it came to physical strength, Masutatsu Oyama had it all. Mas Oyama lived from 1923 to 1994. He was the founder of Kyokushin karate, a sect of karate known for their emphasis on physical conditioning and full-contact sparring.

Nicknamed “The Godhand” for his incredible striking power, Mas Oyama is the only man known to have completed a 300-man kumite, or spar, in three days. With his attacks, even if you blocked them, you’d suffer an injury. He himself was injured during the three-day kumite, but continued to fight nevertheless and was apparently prepared to fight a fourth day, but no one wished to answer his challenge.

Mas Oyama was a true modern warrior, but he didn’t begin as one. Mas Oyama learned his discipline and earned his strength by walking an arduous path in life, and ultimately became the legend he is because of it. Here are four tips taken from the life of Mas Oyama that can help you to become legendary in your own right, and become a powerhouse in your own training:

Mas Oyama’s initial dream had nothing to do with karate; he wanted to be a pilot. He even traveled to Japan from his homeland in Korea to fly in WWII and commit to his dream. He began learning karate from the Shotokan karate founder Gichin Funakoshi and performed well at it, but still wished to fly planes for Japan.

When Japan lost the war, Mas Oyama lost his major purpose, but found another one in karate. Goju Ryu Master So suggested Oyama train in isolation for three years to dedicate himself to karate. At age 23, Oyama traveled to Mt. Minobu and committed to staying on the mountain until his training was complete. He was only able to stay fourteen months, but even so he was more powerful than his counterparts and won the Japanese National Martial Arts Championship for karate.

Oyama wouldn’t have made it that far if he didn’t commit to his goal. He was committed to his first goal, even though it didn’t pan out. He committed to his second and became a national champion. In an age where smartphones and computers pull our attention in many directions, it becomes more difficult to put such commitment into one task. The reality is that if you can’t truly commit to one task at a time, you aren’t putting in your best efforts. This doesn’t mean that you’ll have to love doing the task. Oyama needed letters from Master So to convince him to stay on the mountain when he was only six months in. You too might need a little extra motivation, but if you commit to your goal, even if you don’t complete it, you’ll be successful.

2. Show Your Best At Your Worst

Mas Oyama dedicated to his craft, and once he committed, he couldn’t back down even at his worst. After winning the championship, he returned to the mountains to finish his training and descended like a beast on the karate world. His power was immense and uncontested, but even he had moments of near fatal injury. Oyama fought 300 karate matches in three days, full-contact and non-stop fighting to the hundred. This means no breaks or breathers while fighting one hundred men each day. Even if you begin as a beast, the matches have to wear you down.

Oyama demonstrated his true worth by not only enduring these fights through injury, but also winning every fight. He had incredible strength, but his strongest ability was that he didn’t submit in the face of injury or fatigue. He could be his best even at his worst.

This brings me back to something my high school wrestling coach, Jack Conroy, told me at a meet: “Don’t let them see you tired.” This was motivating for me, and it was something that I took from Oyama’s life as well. Your competition may beat you up and down, but show them you’re determined to survive, to win. 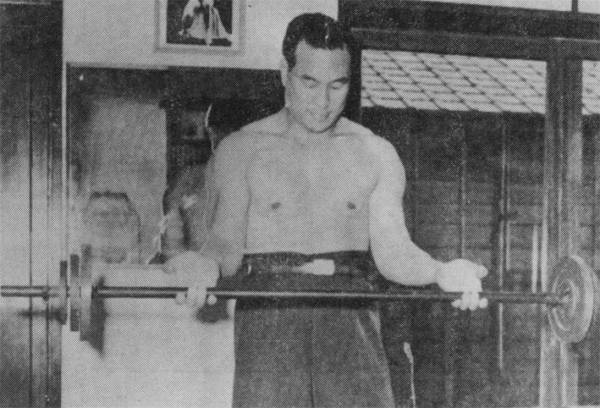 Oyama trained on the mountain rigorously, twelve hours a day with no rest days. A training menu like this surpasses physical standards. You have to dig deep into your mental and spiritual powers to maintain such a regimen. Isolated on a mountain, there was no one there to judge Oyama or criticize him if he took a day off. Nevertheless, he pushed himself to train each day, which not only earned him the strength to match his nickname “the Godhand,” but also the mental and spiritual fortitude to be in society and maintain his philosophies and principles.

This is something that is underemphasized – physical training also trains your mind and spirit. When you dedicate yourself to getting that final rep or holding that contraction for just one more second, you build on your mental powers each time. You become more energetic and lively. You become more focused and open. You develop your body, mind, and spirit.

There is a Japanese maxim for martial arts that states, “One strike, certain kill.” That is to say, when facing an opponent, you should be able to defeat them with your first strike. Oyama took this to heart in his training. Rather than developing his style to have impeccable technique, he simplified it for power. He believed that having the physical strength and power to deal one-hit defeats to your opponents was primary to footwork and techniques. 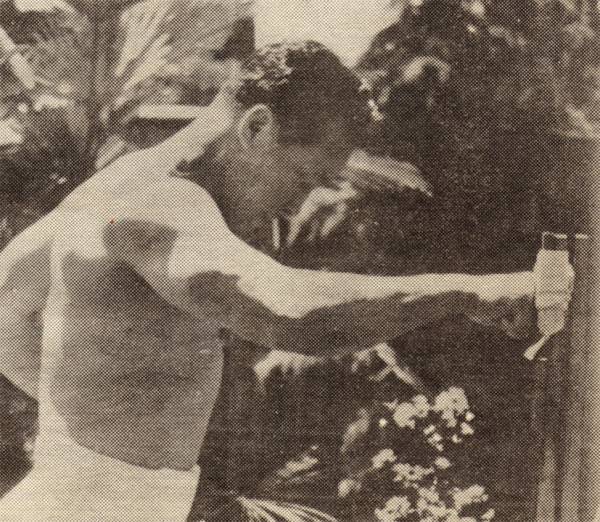 By simplifying his goals, Oyama was able to spend his time focused on honing his best weapon, which was his striking power. If Oyama punched you, you would have an injury whether you blocked or not. That was the goal of his training. It was this simple goal that allowed Oyama to end many of his kumites in mere seconds with one strike.

When in training, it is best to simplify. There will be new fitness programs every year as long as profit can be made, but unless these programs focus on the simple fundamentals of strength, they won’t give you the results you need. There were nearly as many fitness programs during the era of old-time strongmen, but they developed incredible strength nevertheless. Oyama had the most basic of equipment when on the mountain – he had nature. You don’t need complicated equipment or training to advance yourself. You just need intensity and commitment. You need to build yourself up in body, mind, and spirit. That way, even on your worst training days, you can perform like the best.