Triathlon is the fastest growing sport in the world. There is a better and a worse way to get started, though. Here are my 5 tips for successfully training for and competing in your first triathlon. 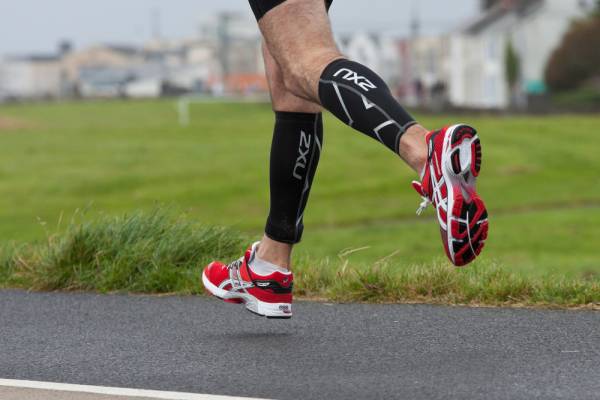 I’m a firm believer that one of the main drawcards for popular events is what I think of as the taste of it. Boot camps are popular because of people getting that little taste of being in the military.

MMA fitness is popular because people get to live out their little fantasies of fighting in the UFC without actually having someone punch them in the face.

And triathletes get to live out this same fantasy in every race by being on the exact same course, in the same conditions, as the pros.

In Australia the biggest entry event is the BRW Triathlon. In the United States it might be a Lifetime Indoor Tri or Iron Girl (formerly the Danskin series). Whatever the race is, let’s say you’re about to sign up but don’t know where to start.

Here are five tips, based on my own experience, that will ensure you successfully pop your race cherry:

Unless you’re a seasoned endurance athlete many people will need to work on at least one of the sports, if not all three, before race day. For many the biggest hurdle will be the swim.

And once you’ve actually gotten to the point where you can swim the distance in a pool you’ll need to spend some time in open water.

There is a huge difference between swimming on your own in the flat water of a pool lane and being in a throng of people in open water. I spent about half of the swim in my first triathlon trying to calm down and not freak out with all the people around me, many of whom were actually touching me (eek!). 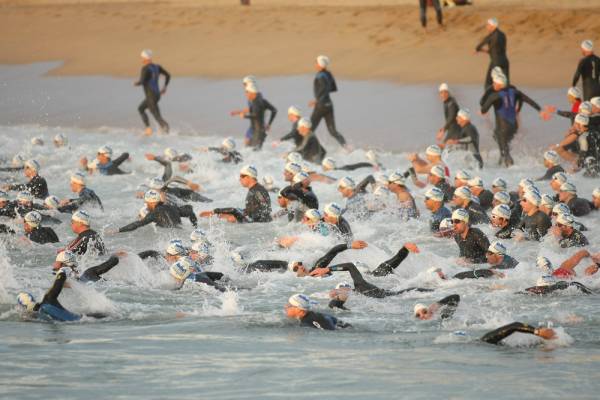 Even if swimming isn’t your problem you’ll still need to enter early. If you haven’t run regularly in a few years there’s a decent chance that you’ll hurt yourself in the first few months of running before your body adapts.

Beginner runners have an eighty percent chance of injury in their first twelve months of running.

And once injured you’ve then got a fifty percent chance of it re-occurring. As someone who had six calf tears in my first year of running leading up to Ironman, I can’t stress this enough. You need to start far enough out from your race that you can slowly build into running and prevent injuries. (See my running break-in plan for the ultimate injury free build up).

If you can swim and run but haven’t ridden a bike since you were a kid, you’ve got some work to do as well.

While riding may seem like the “easy” leg of a triathlon, I can tell you that running straight off the bike requires decent bike fitness so that your legs don’t feel like wooden blocks. If your event is anything beyond sprint distance you’ll need to spend as much as half your total training time on the bike.

I’m a firm believer that everything costs. When it comes to learning new skills you can either pay for it upfront by hiring a coach, or pay for it in your own time and learn by trial and error.

I’m not a big fan of trial and error as it may take you years to really figure things out for yourself. In a cost per hour analysis you end up spending considerably more, and have the downside of many sub par race performances that leave you unhappy and dissatisfied.

Having a coach or joining a club is the best way forward for a first timer. There’s something quite liberating about looking at your plan and just doing what it says, trusting that the person who wrote it has been there many times before themselves and helped many others accomplish the exact thing you’re trying to do.

One of the biggest rookie errors is turning up to a race with brand new shoes. That is a guaranteed way to get blisters. The same can happen if you bought new tri-shorts and a top or a tri-suit.

Manufacturing processes are good these days and the chances of a garment having a thread that is sharp or annoying are slim, but it can still happen.

You likely won’t feel it when you try the product on in the shop for a minute, but if you plan to swim, ride, and run in it – meaning you’re going to be moving and sweating in it for at least an hour in most cases – you’ll want to know there’s nothing jagged or annoying going on.

That little niggle will evolve very quickly into you rubbing yourself raw in that one spot. 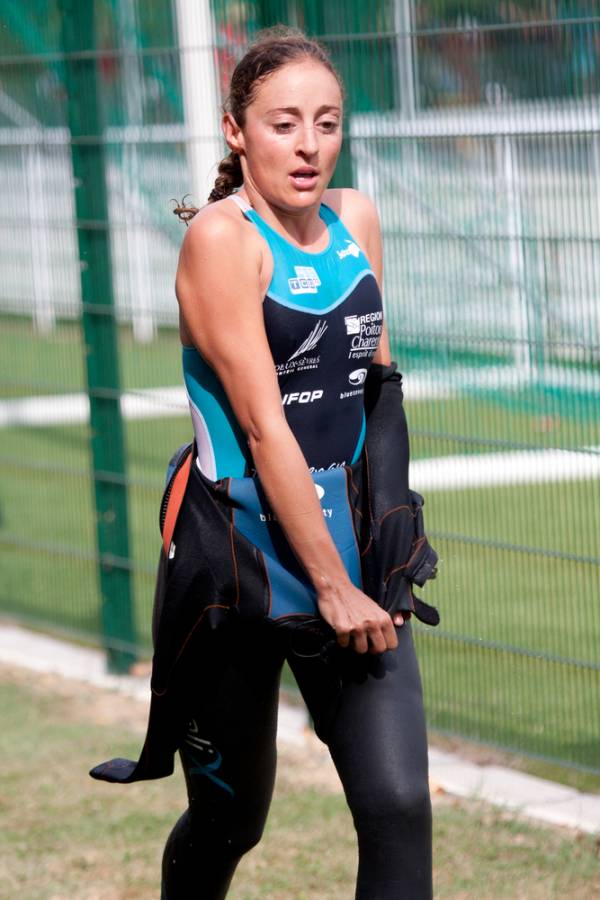 This goes double for wetsuits. Getting one that fits right is of paramount importance. Here’s a tip for trying on wetsuits. A wetsuit isn’t like a normal pair of pants – it doesn’t have to go right to your ankles. When you first put it on pull it up to about mid shin.

As you work it up your legs, you need to make sure the crotch is as high as possible. The reason for this is simple – if you don’t get the crotch up high, then the rest of the suit will already have tension in it.

Meaning, when you actually try to swim you’re effectively working against big rubber bands that run down both arms that will fatigue your shoulders very quickly.

Once you’ve pulled the wetsuit up as high as it can go on the lower body, do the same with the arms as you did the legs. I have the sleeves of my wetsuit above the point where I would wear a watch so that there’s about two to three inches of bare wrist exposed.

Get all that rubber you saved at the wrist and work it up your arm so there’s plenty of space at the shoulder. All that stuff about wetsuits being hard to swim in is usually because people haven’t done this step.

Once you’ve done all that make sure you swim in your suit to learn where it rubs.

My 2XU X:2 is a torpedo-fast suit that fits me like a super hero costume. The only place it rubs is on the back right-hand side of my neck, and only if the swim is over 2km.

I take care of that with Vaseline. (If you’re getting into endurance sports trust me when I say that you may as well buy shares in this stuff as you’re going to be using a lot of it).

Triathlon is a sport of early starts. Swim squads are typically 5:00am or 6:00am starts. Riding on the roads before peak hour is a must for safety, and if you’re training in warmer climates it’s nice to run early before it gets hot.

But races are also early. It’s not uncommon to need to be at a race venue before 6:00am for a 7:00am start time.

I’m lucky that I am up early every day for work, so “getting up early” for a race is just my normal wake up time. But many won’t be accustomed to getting up and getting the body moving so early. Nor will they be able to get in much food.

You don’t need a huge meal if your race is a sprint or shorter (800m swim, 20km ride, 5km run), but if the race is going to be longer you’ll need to get some extra fuel and make sure to have some water too.

The easiest way to make getting up earlier easy on your body is simple – go to bed earlier. In my Ironman preparation I rarely went to bed after 9:00pm on any night for months straight. Deal with it.

People take so much of their lives so seriously. Exercise is supposed to be fun. Sure, there might be sections that are daunting, like an open water swim, but a little challenge is good for you.

Remember that you wanted to do this thing and signed up for all the right reasons. Go and have some fun and enjoy being around like-minded people.