Five Supplements Even CrossFitters Should Love

CoQ10, magnesium, phosphatidylserine, vitamin D, and protein – are you taking them? Here’s why you need ignore the bad press and start taking these supplements.

Am I bad person for stereotyping CrossFitters as being anti-supplementation? I think I’m allowed to joke about this, having been program director at CrossFit Los Angeles for almost eight years. It was my experience that if it didn’t involve fish oil or coconuts that CrossFitters were generally averse to any sort of supplement. And I think a lot of them tell themselves that fish oil isn’t really a supplement. It’s just liquid fish, right? Supplements, on the other hand, are bad and dubious things.

Well, actually supplements can be awesome and helpful things. You don’t have to be a meathead to take supplements and many of them are proven to do wonderful things for your health, performance, and recovery. The marketing of bodybuilding supplements has done a lot of damage to the reputation of supplementation in general. But you could say the same about a lot of the anti-CrossFit articles that float around the mainstream media, and yet we know CrossFit ain’t what those people say it is.

So let’s take a look at a few supplements that I think every CrossFitter should consider. These are real things, not fake foods and not some sort of Franken-product. So open up your mind and your mouth for a moment, and see how these can help you become a healthier and better performing athlete.

Also known as ubiquinol, coenzyme Q10 is so named because it is ubiquitous in your body. That means it’s everywhere. Coenzyme Q10 is a naturally occurring enzyme in our bodies, so you’re not putting anything foreign into yourself by supplementing with it. And while you can get CoQ10 in small levels in a variety of foods, our body’s level naturally declines as we get older.

CoQ10 isn’t just hype. In fact, it’s been approved for use in Japan for the treatment of heart disease for many decades. This is one of those supplements that the more research comes out on it, the more of a no-brainer it seems to be.

On top of all those basic health reasons, recent research showed CoQ10 improved power output in elite athletes by 2.5%. Do some math with your “Fran” time and tell me you wouldn’t love that. 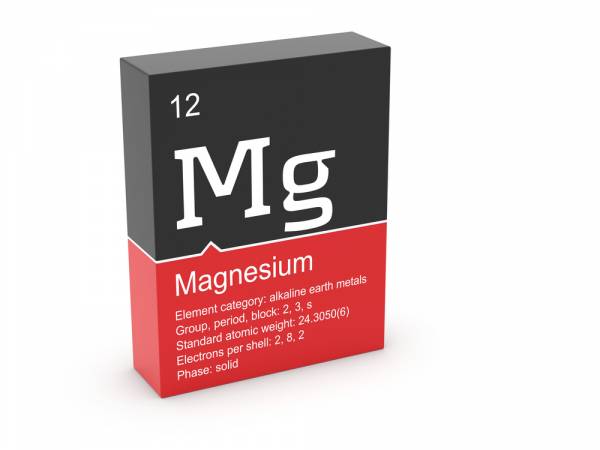 Some of you might take magnesium for sleep or for muscle function, but it’s benefits go way beyond that. Magnesium also helps balance blood sugar and lower insulin. You know, all those things you’re working toward with your paleo diet. Research has shown that there is an inverse relationship between magnesium levels and insulin resistance. So, the more deficient you are in magnesium, the more likely you are to take that first step toward diabetes.

Research has also shown that magnesium increases testosterone levels in athletes. Whether you’re male or female, healthy T levels are good for your muscle growth and performance, and regardless of gender your levels are dropping as you get older. 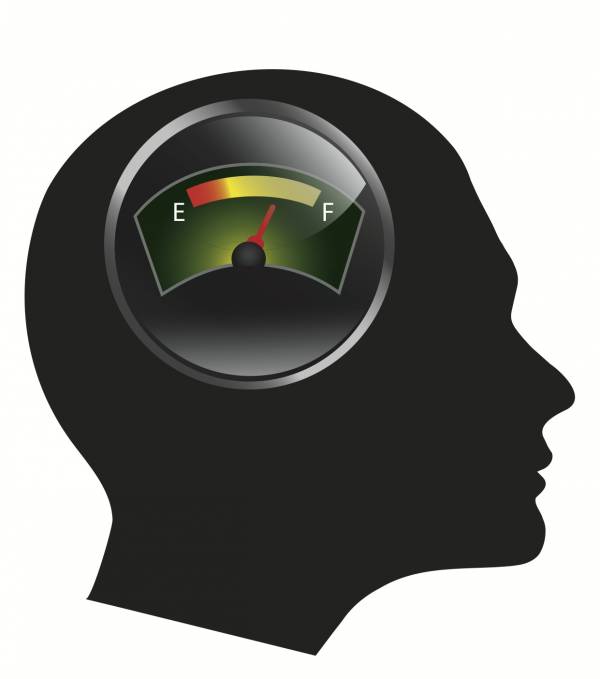 CrossFitters are nerds, let’s face it. Most of you guys are pretty darn driven, successful, and intelligent people. Wouldn’t it be great if you gave your brain all the fuel and power it could possibly use? What if your speed of thought, reaction time, and analytical powers were all boosted? Welcome to the world of nootropics.

A great nootropic to start with is phosphatidylserine (PS). Again, it can be made in the body, but we get most of our supply from the food we eat. Having a good enough supply in our system is essential for our brain health. PS is commonly used in the treatment of Alzheimer’s, dementia, and other diseases related to aging of the brain.

More importantly for you as an athlete, though, is phosphatidylserine’s ability to lower your cortisol levels. Here’s an excerpt from one study:

The findings suggest that PS is an effective supplement for combating exercise-induced stress and preventing the physiological deterioration that can accompany too much exercise. PS supplementation promotes a desired hormonal status for athletes by blunting increases in cortisol levels.

In addition it was reported in Biology of Sport all the way back in 1998 that PS could be a “valuable training tool” for weight training athletes due to its ability to reduce muscle soreness. Reduced cortisol and muscle soreness? Sounds like a winner to me. 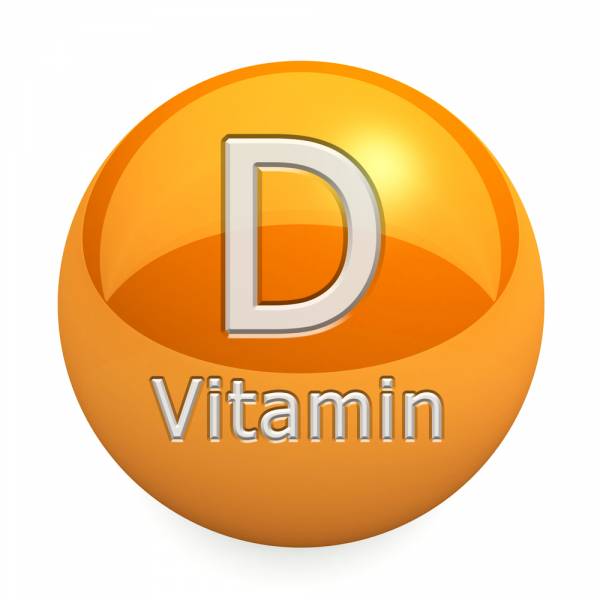 So, like magnesium, we all know the basic reasons for supplementing with vitamin D. We know we need our dose of sunshine or we need to rub some liquid drops in our skin if we’re trapped inside all day or happen to live in the northern regions.

But did you know that low vitamin D levels have been directly linked to low testosterone levels? So not cool. And again, whether you’re male or female, you need testosterone in your body if you want to have strong bones and build your muscles. The great thing is, though, further research into magnesium went on to show that supplementation with vitamin D can indeed raise your T levels. Men taking 3,332 IUs of vitamin D daily for a year experienced a 20% increase in their free testosterone levels. So, it’s an easy fix, as long as you’ve got vitamin D on your daily to-do list.

I know, I know, CrossFitters only eat “real food,” right? And protein powder is the gold standard of everything that’s wrong in the supplement industry, right? Wrong. What’s wrong is all the stuff you bought in the past at some franchise supplement outlet was indeed chemical-filled junk. But there are plenty of quality protein powder sources out there.

And let’s look at real life for a moment. For one thing, real food gets expensive. For another, real food is not always very convenient. And third, I don’t know about you but sometimes I don’t feel like chewing and digesting a meal within thirty minutes of a killer workout, but I do feel pretty stupid and woozy. 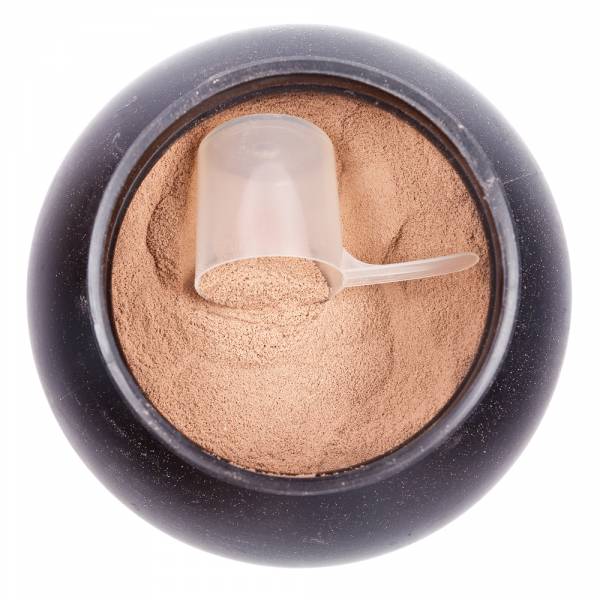 And as much as we would all like our lives to revolve around our workouts, the fact is we do have these things called jobs and schedules. Are you going to eat a cold chicken breast right after your 7:00am workout as you rush to shower and get to work? Would you rather not refuel your body than consume protein powder?

If you take your training seriously, then you need to take your post-workout nutrition seriously and that means replenishing glycogen stores and consuming protein. A good post-workout shake can fill the gap when you’ve got ten minutes to shower and get out the gym door.

So there you have it. Five things that are not foreign to your body, but in regards to which you may indeed be operating at a deficit. CoQ10, magnesium, phosphatidylserine, vitamin D, and protein. That list doesn’t sound too globo-gym, right?

Consider the effort you put into each individual workout you do. Consider the care with which you choose and prepare your food, and the care you put into the selection of the gear you use. You are working hard and being incredibly discerning in your attempts to optimize your health and performance. Intelligent supplementation is just one more way to squeeze more results out of the work you do.

And I promise it won’t make you a bad person if you take these. In fact, it might make you a better athlete and a healthier human being.

4. Michael A. Starks, et. al, “The effects of phosphatidylserine on endocrine response to moderate intensity exercise,” Journal of the International Society of Sports Nutrition 2008; 5:11.

Ubiquinol graphic by Triples in LA (Own work) [CC-BY-SA-3.0 or GFDL], via Wikimedia Commons.

All other photos courtesy of Shutterstock.