Getting the Most Out of Assistive Gear: A Motor Patterning Perspective

Assistance is cheating. There. I said it. But cheating is not always a bad thing. The utility and benefit of “cheating” is directly related to your goals and the context.

But cheating, from a physiological perspective, is not always a bad thing. Generally speaking, when lifting weights the use of momentum is cheating. It bypasses the proper fiber recruitment and under-stresses the involved muscles because you were able to swing or drive the weight up rather than use a straight-up muscle contraction. However, when considering Olympic lifting (or CrossFit for that matter), use of momentum is the name of the game. “Cheating” means the efficient use of movement and mastery of technique. Thus, the utility and benefit of “cheating” is directly related to your goals and the context.

Sleeves and Wraps and Belts, Oh My!

One of the unintended consequences of the explosion in popularity of CrossFit is the concurrent increase in popularity of assistive gear. Where before wearing a weightlifting belt would immediately label you as some level of meathead, now it mostly seems to indicate you probably like to squat and deadlift. That’s pretty cool.

The problems arise when uninformed trainees start using assistive gear at the wrong times for the wrong reasons. Back hurt? Slap on a belt. Trouble hitting depth with your squat? Buy some Oly shoes and call it a day. Grip failing on your lifts? Just throw on some wraps, bro. You’re good.

The Rules of Assistive Gear

Assistive gear can have a tremendously positive effect on your training. It can help you prevent injuries, bust plateaus, and take you to peak levels of performance. But you need to know when to use this gear and why. Here are three rules to follow:

Rule #1: Never Use Assistive Gear to “Fix” a Problem

A lot of people swear by Olympic shoes because they claim the shoes allow them to get lower in the squat. This is true. It is, in fact, the exact purpose for which the shoes were designed. The heel lift present in Olympic shoes angles your shin forwards and slightly shifts your center of balance. This will allow some people to squat lower and gives a mechanical advantage in lifting the weight. The ability to hit rock bottom during an Olympic lift means the bar doesn’t have to travel as high. Creating a stable foundation at that depth will then allow you to lift more weight. This is all good stuff, provided that slapping on an Olympic shoe isn’t just reinforcing negative compensations in your ankle musculature.

Up until the recent barefoot, zero-drop shoe craze most of us spent our time in footwear with something of a raised heel. Most athletic shoes, particularly running sneakers, have a one- to two-inch raised heel. This puts your foot into a plantar flexed position, meaning that any time you’re wearing this type of shoe your neutral position has become plantar flexion. As you can probably guess, this is bad. It is also the reason a lot of people are missing the dorsiflexion required for a full-depth squat. They live their lives with their ankles locked in the opposite position. Your neutral position should be neutral, not flexed one way or another.

From a motor control perspective the plantar-flexed-in-neutral ankle presents an interesting problem. If your foot is plantar flexed, there is a good chance you have a habit of putting weight through the front of your feet. Are you sitting in a chair right now? Do me a favor. Lift your heels off the ground and push the balls of your feet into the ground. What muscles do you feel activating? If I had to guess I’d say probably your calves and quads and maybe a little hamstring at the back of your knee. Now do the opposite. Raise the front of your foot and dig your heels into the ground. What you should feel is activation of the posterior chain muscles, namely your glutes and a much larger portion of your hamstrings. I’m sure you’ve heard the cue to push through your heels. This is a neurological trick to increase activation of the posterior chain muscles. When your foot has the habit of plantar flexing, it increases the difficulty of properly activating these muscles. This is also why people with a tendency for plantar flexion often have hip and knee issues. They’re missing glute activation. 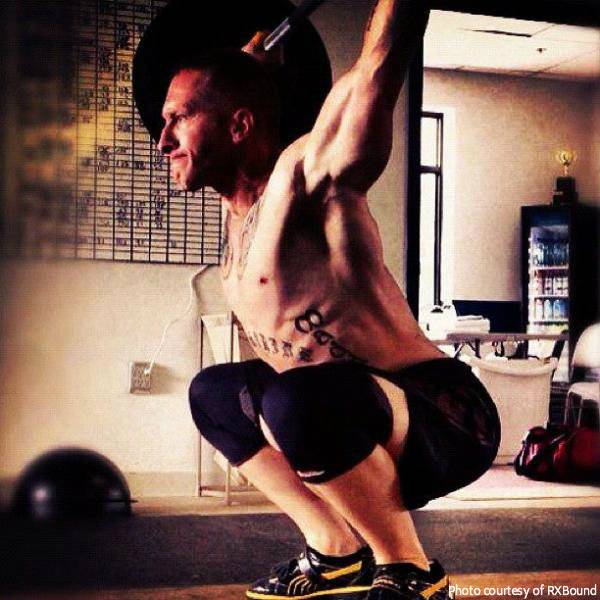 Interestingly enough, the large amount of cushion in the heel of a lot of athletic footwear was designed to cushion your foot when heel striking. In other words, it was designed to reinforce putting weight through your heel. Funny thing is, having a sponge under your heel basically makes your body say, “Nope, not doing that.” Your neurological feedback mechanism says, “This ain’t stable. I can’t be putting force through that.” The reason that weightlifting shoes with a solid heel can increase glute activation is precisely why running shoes have the opposite effect.

Although you can probably guess how I feel about using weightlifting shoes to fix missing glute activation. If you want to be able to hit full depth in your squat, then train, strengthen, and mobilize until you can hit full depth. Don’t just strap on a pair of AdiPowers and call it a day.

So let’s say you’ve paid attention to your movements. You’ve got mobility, stability, and the ability to create and utilize both of those things dynamically. Awesome. Now do me a favor and don’t screw it up by wearing assistive gear on every lift.

Case Study: Wearing a Belt Every Time You Deadlift or Squat

Back and core integrity is incredible important not only to athletic performance, but for overall quality of life. You don’t want to compromise that by risking a slipped disc or some other traumatic injury. Wearing a belt is one of the easiest safety measures for ensuring the structural integrity of your trunk musculature, right? Wrong.

While this isn’t quite as egregious a mistake as combatting squat depth with footwear, wearing a belt on every lift can seriously damage the strength of your core muscles. In some part, you just aren’t requiring the muscles to work as hard. If you have a good belt and you wear it tightly enough you can bypass the necessity for using some of your core strength. This isn’t really the main issue, however.

The real problem is, wearing a belt can let you get away with doing some really funky things while you lift. For one thing, newbie lifters will tend to round their upper back more when wearing a belt than not. Why? Honestly, I’m not entirely sure. I think a lot of it is that they think the belt will protect their back so not as much attention is paid to form. It may also give them a false confidence and encourage them to lift a larger weight than they are truly capable of. I’ve also seen people squat to depth on the balls of their feet while wearing a belt because they couldn’t feel the strain in their back from tipping forward. I can’t speak for how their knees must have felt.

The biggest problem with belts, however, isn’t so much that they will cause negative compensations (even though they can) as it is that they prevent you from getting the full benefits of certain lifts. Both the deadlift and squat can have a profoundly positive effect on the strength of your core stabilizers. Wrapping a huge, supportive leather belt around your waist lessens the demand on those muscles. Less demand means less stimulation means fewer gains – and we all just want more gains, don’t we? 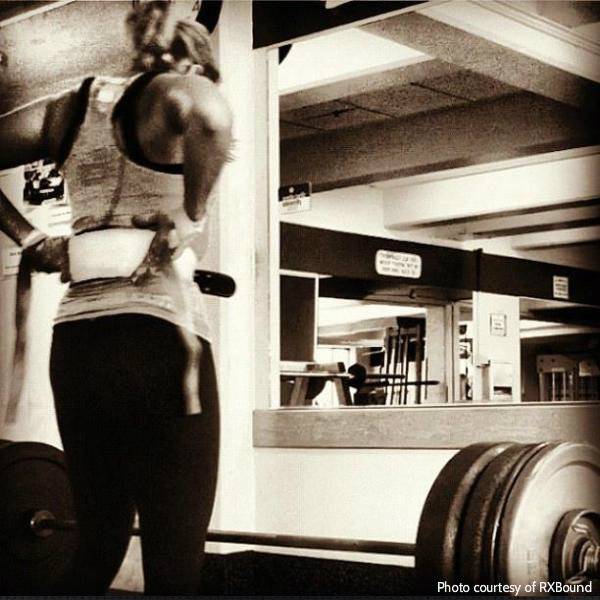 If you can’t lift your own bodyweight, then you don’t need a belt – and that would be a dangerous stage to introduce one into your training. Once you’ve developed the movement patterns and the capacity to lift 1.5- to two-times your bodyweight, then you’re ready for a belt. Even then, you should save the belt for your lifts that are ~85% or more of your max. This way you can reap the benefits of both types of training without significantly compromising any of those lovely movement patterns you worked so hard to develop. Granted, if you’re squatting 600lbs you might want to reach for the belt a bit earlier than 510lbs (85% of 600). I think that’s okay.

Now this is the part where I go and contradict myself and make everyone mad at me. Remember where I said don’t use assistives every time? There are some times when this isn’t the best advice.

I work as a strength coach, both in a strength training and a clinical setting. The perspective from which I design my programs revolves around one principle: injury is the enemy. What that means is that all of the recommendations I give originate with that mindset. If your goal is overall fitness and health, then these recommendations remain accurate. If you are a competitor, they change a bit.

If you know you are going to be using a specific piece of equipment it is in your best interest to train with it as much as possible. While I still recommend training with no assistive gear from time to time, if your main concern is Olympic lifting, then it makes sense to wear Olympic shoes most of the time when training. While you should be able to hit a barefoot squat to depth, the flat-footed squat and the plantar flexed squat are slightly different patterns. It simply makes sense to train the pattern you’ll need to compete. Olympic shoes are the main piece of gear that comes to mind although I’m sure there are other examples.

At the risk of sounding like a broken record, attaining quality movement by utilizing the proper synergistic muscles and recruitment patterns is paramount. Once you’re there (or at least once you’re approaching that point), assistive gear can definitely help take you to the next level of performance. Just make sure you’re not cheating at the expense of your health. Stop covering up your weaknesses and turn them into strengths. Trust me, your numbers will thank you.