Do you or your clients seem to gain weight no matter how little you eat? It could be your guts. The bacteria in our bodies are affected by the foods we eat, sometimes with disastrous results.

If you didn’t already know, in the late 1970s, this country adopted a near universal fear of dietary fat, and ironically, it might be what’s behind the current obesity epidemic.

At a lecture the other night I was turned on to recent research highlighting the effects of our “Western” diet on the bacteria that live in our body. What caught my attention about this article were the specific effects of refined carbohydrates on those bacteria. The main idea of the article was that our gut microflora – i.e. the trillions of bacteria living in our bodies – can become imbalanced due to the emphasis of the Western diet on refined and/or processed foods – and can contribute to the development of diseases like obesity and diabetes.1

It was in the 1970s that people began to fear fat. Perhaps, I thought, it’s no coincidence that around the same time we began to see a marked rise in the consumption of refined or processed foods (such as flour, sugar, and vegetable oils), we also saw a rise in obesity and diabetes. I decided it was time to take a closer look at the relationship between our body’s bacteria and refined carbohydrates.

Bacteria As an Organ?

The bacteria in our body – known in some circles as the microflora or microbiota – functions similarly to an organ, performing many functions while existing peacefully in a mutually beneficial symbiotic relationship within us. For example, bacteria in the colon produce energy in the form of short chain fatty acids (SCFA), make vitamin K, regulate the turnover of cells lining the intestine, and help protect against invading bacteria and pathogens.2

Think of our bacterial microflora as the middleman between what we eat – our diet – and our body. Since bacteria are first to come in contact with food, it makes sense that they are affected by our diet. When bacteria become imbalanced, inflammation is often the result. So, if our diet is subpar then we’re looking at a situation of probable system-wide inflammation.3

Call it paleo or primal eating style, but a diet free of refined grains, flour, sugar, and vegetable oils seems to support a healthy mixture of gut microflora. On the other hand, a typical Western diet – very high in calories from refined carbohydrates but low in overall nutrients – tends to have the opposite effect, contributing to an imbalance in gut bacteria that lends itself further downstream to the development of insulin resistance, diabetes, obesity, and heart disease.1

What’s Diet Got to Do With It? 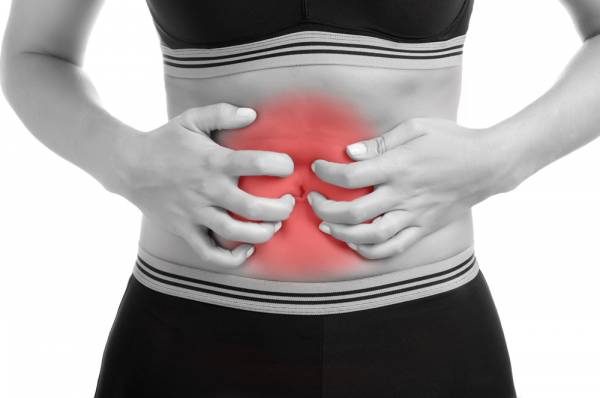 If we have a state where the body’s own bacterial microflora is out of whack, and the bad bacteria are running the streets, we start to see an increased presence of a molecule called lipopolysaccharide (LPS), found on the cell surface of bacteria. These molecules trigger the body’s immune defenses, producing inflammation as the troops are mobilized and sent out on patrol.

Inflammation and insulin resistance are only a couple of the symptoms of a change in the gut microflora.4 Others are less obvious, such as an increased amount of energy derived from typically indigestible plant fibers. With a normal balance of gut bacteria, some plant fibers are digested to a certain point, producing SCFAs used for energy in the process. But with an imbalanced gut microflora more SCFAs are produced, leading to increased energy coming into the body. In layman’s terms, this means it’s easier to gain weight (a problem that many of us have probably experienced at one point or another).

Gain Weight No Matter How Little You Eat

If you come across clients who are overweight or obese and you discover their diets are high in refined carbohydrates, it’s probably safe to guess that their gut bacteria is making it easier for them to put on weight. For every ounce of food they eat or drink, more and more of that is being harvested for energy by an ever-growing gut flora that thrives on refined carbohydrates.5

Taking care of your gut bacterial microflora is important. It’s not just about following a particular diet so you can lose or gain weight. The implications of our nutritional choices are more significant than we may realize and could impact our long-term health. If we keep our bacteria microflora happy and thriving in a balanced environment, our health will be on the right track.

1. Spreadbury I. Comparison with ancestral diets suggests dense acellular carbohydrates promote an inflammatory microbiota, and may be the primary dietary cause of leptin resistance and obesity. Diabetes Metab Syndr Obes. 2012;5:175–189.