Clients often ask me, “What’s the one thing I should be doing to improve my health?” My answer is always the same, “Eat more leafy greens.” There’s absolutely nothing controversial about eating boatloads of leafy, green vegetables. Whether you’re eating paleo, plant-based, or anywhere in between, leafy greens simply provide you with the most nutrients per calories on the planet.

Why Are Greens So Good?

In addition to the fact that you can load up on nutrients and fiber while consuming few calories, leafy greens are associated with reduced risk of diabetes and heart disease, are full of protein, and are rich in folate, calcium, carotenoids, and literally countless other phytonutrients. Moreover, those belonging to the cruciferous family (kale, bok choy, Brussels sprouts, cabbage, and broccoli, among others) have been shown to contain compounds called glucosinolates that convert into isothiocyanates (ITCs) when chewed or chopped. ITCs have been found to have a variety of powerful anti-cancer effects: removing carcinogens, reducing inflammation, inhibiting angiogenesis, neutralizing oxidative stress, and killing cancer cells.

Kale has been hogging the spotlight for quite some time now when it comes to leafy greens, and for good reason. It’s one of the most nutrient-dense of the bunch, it’s easy to grow, and it’s pretty versatile. But as much as some people may try, they just don’t like to eat kale. I happen to love kale, but I understand; if it isn’t prepared properly, kale can be bitter and tough. But if you can’t stand kale, there’s no reason to despair. There are tons of other leafy greens out there that you may find you like.

Here are some of my favorite greens, not in terms of nutrient density per se, but in terms of palatability, ease of use, and availability:

Collards rank up there with kale on the Aggregate Nutrient Density Index score popularized by Whole Foods, but they have a much milder taste. You can use collards in place of kale in just about any recipe, raw or cooked. A collard leaf can even serve as a burrito wrap in place of a tortilla, since the leaves are relatively hearty and flat. Just slice off a little thickness from the stem so it rolls up easily. My favorite way to cook collards? Sautéed with onion, garlic, chili flakes, and lemon juice. 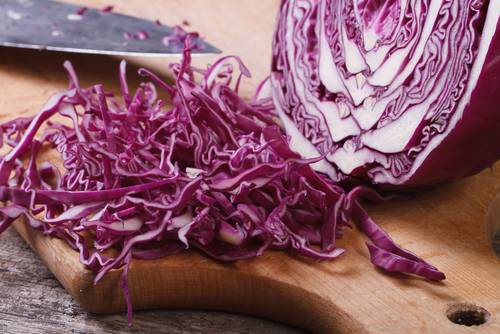 Yes, I know purple cabbage technically isn’t a “green” vegetable, but it’s every bit as fantastic as any of the other leafy greens on this list. Moreover, in an analysis of antioxidant content per unit cost, purple cabbage came out on top as the most economical way to load up on nutrients. So chop it up and add it into soups, salads, tacos, or wraps. Just slice it up and put it in whatever you can think of. There are many varieties of cabbage, all of which are extremely nutrient-dense. Experiment with them to find the ones you prefer.

Although the raunchy chard dancers from Parks and Recreation claim otherwise, chard is actually very palatable and not bitter at all. It ranks towards the top of the ANDI charts and is full of antioxidants, including a flavonoid called syringic acid, which has been shown to have powerful blood sugar regulating properties. Chard is most delicious when lightly steamed or even boiled. Add it to pastas or scrambles in place of spinach or as a side by itself, cooked with leeks and garlic.

Next time you buy beets at the store or farmer’s market don’t discard the greens attached to the bulbs. Wash them and put them in a separate bag for later use. You can eat them chopped up in salads, sautéed with other veggies, or even in green smoothies and juices. Beets are part of the same family of veggies that Swiss chard and spinach belong to and contain many of the same powerful phytonutrients. 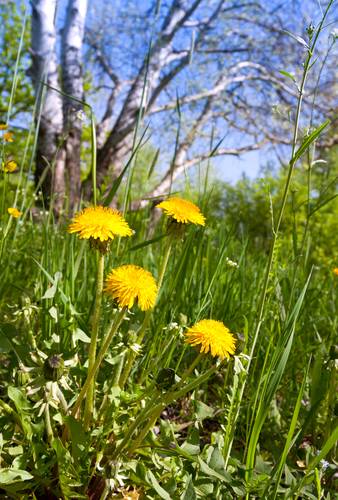 Dandelion greens aren’t for the faint of heart as they’re incredibly bitter, but they contain powerful detoxification compounds, so they’re a great addition to any diet. Dandelion greens are loaded with vitamins A and K, among many other phytonutrients. A study in 2011 using dandelion root tea demonstrated that the plant may induce apoptosis (cell death) in leukemia cells while avoiding healthy cells.1 Dandelion greens are more palatable when combined with other milder greens like spinach, and chard, and also work well as an extra boost in green juices. Too bitter to handle? Squeeze some lemon juice on them or include lemon in your juice (same goes for any of these other greens). It’ll cut the bitterness and help increase iron absorption.

Dr. Joel Fuhrman said, “We should follow the example of our closest living relatives – chimpanzees and gorillas – who consume tens of pounds of green leaves every day.” Surely he doesn’t mean that we need to consume ten-plus pounds per day in reality, but the fact is Americans consume way too few greens in their diet. So if you haven’t tried some of the greens listed above, make it a point to pick up a few bunches next time you’re in the grocery store or at the farmer’s market and include them in every meal possible.