Clear as Milk: The Pros and Cons of Milk Consumption

Depending on who you ask, a gallon of milk a day will either turn you into a muscle bound machine or make you fat along with having some serious sinus congestion and acne.

Depending on who you ask, a gallon of milk a day will either turn you into a muscle bound machine or make you fat along with having some serious sinus congestion and acne. There’s a lot of information out there about milk consumption, and strong opinions on either side of whether it should feature in our diets, so deciding whether it fits into your nutrition plan and in what form can be pretty confusing.

On one hand, milk is the stuff most of us were literally raised on – mother’s milk. (Although there are some significant differences between human breast milk and the milk you find in supermarkets.) Surely something that took us from a helpless bundle to the beginnings of a fully functioning human being couldn’t be bad for us right? Having grown up in dairy farming country, drinking milk like normal kids drink water (or soda these days), I certainly found it hard to wrap my mind around the idea milk might not be ideal nutrition.

The reasoning in support of milk is that in its raw form it is a complete nutritive source, providing almost equal parts protein, fat, and carbohydrates, as well as plenty of calcium as icing on the cake. Some would say it’s relatively natural since we drank mother’s milk as babies, but the amount of processing modern milk goes through leaves it in a far from natural state.

On the flipside, one of the biggest reasons you would want to exclude milk from your diet is if you are either allergic to casein or lactose intolerant:

Casein is one of the proteins in milk and has a similar structure to gluten. Many opponents of milk suggest casein has the same effects on our guts to those of gluten, destroying our intestinal lining and causing autoimmune diseases (and not just in celiac individuals). Symptoms of casein allergy include nasal and sinus congestion; skin rashes; swelling of the mouth, face, and throat; and anaphylaxis in more extreme cases. Some people are also allergic to the other protein in milk, whey, and experience similar symptoms.

Lactose is the sugar in milk, and there is evidence to suggest many of us are not adapted to digest lactose after age four. This also explains in part why babies can drink their mother’s milk without any problems, but then lactose intolerance shows up later in life. On the flipside there are also some of us who can consume milk with no ill effects. So how do you know which group you fall under? Well, some of us have pretty obvious reactions to lactose, such as rumbling tummy, explosive diarrhea, and cramping and bloating. But for many of us the reaction is much more subtle, so the easiest way to tell if you suspect you might be intolerant is to cut out milk for a month and see if your symptoms change. 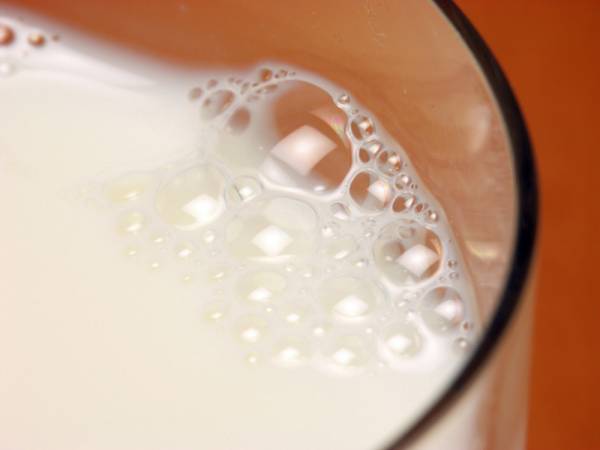 The third main reason why many avoid milk is the effect it has on our insulin response. Milk is highly insulinogenic, meaning it stimulates your body to produce insulin. This can be a good thing or a bad thing, depending on who you are and when you’re drinking your milk. If you’re a hard gainer, the Gallon of Milk a Day (GOMAD) program might be an option for you, purely from a body composition perspective. Drinking milk post-workout will spike your insulin, which assists transport of protein and glycogen to muscles in need. However, if you’re trying to lose body fat and drinking milk throughout the day without any workout stimulus, that insulin spike is storing energy as fat rather than your muscles. So if you’re trying to lose weight, milk might not be a good idea.

Similarly, if you have skin problems or acne, you might reconsider milk consumption. Milk not only increases the production of insulin, but is also linked with higher levels of insulin like growth factor (IGF-1), which in turn is linked to acne. The evidence is far from clear cut, but it’s growing, so if your skin isn’t looking as great as it could, milk might not be for you.

So, still not much clearer, are we? Well, to cut a long story short, if you’re not where you want to be either body composition or health wise, or even maybe if you are, it’s worth having a milk-free month and seeing how you feel at the end of it.