Everyone wants the same thing: maximum results from minimum effort or time expended. It seems that actually working hard consistently is out of fashion. These days it’s all about the minimum effective dose and hacking.

The History of High Intensity Training

In the fitness world this started with Arthur Jones and Ellington Darden. For those who don’t know, they were the creators of Nautilus and the workout method that came with it that has now come to be known as HIT, or high intensity training. Jones should be credited with many things – mostly the invention of the advertorial in the magazine Athletics Journal. This is the practice of placing a huge ad in a magazine, disguised as an information article. These days this technique is largely used by companies to sell supplements, but back in the day, Jones provided plenty of information about his own training method in these thinly veiled ads.

The lure of HIT is clear. Why work for an extended period of time when you can just work for a shorter time? Everyone likes that. Get in, get out, live a life, play chess. But did it really work?

The ultimate proof for me of any training program is whether or not it can stand the heat of competition, i.e. how many Olympic caliber athletes are doing it? Because at that level, where tiny differences can see you not make a final versus win a medal, you know that athletes will take any advantage they can in technique or strength and conditioning. So, let’s split this analysis into two parts – strength training and conditioning.

Does HIT Work for Strength Training or Hypertrophy?

In Supertraining, Mel Siff speaks about Thomas De Lorme. De Lorme is most commonly known as the guy who created the three sets of ten system, otherwise known as the repetitive effort method. His system advocated using three progressively heavier sets of 10 reps at 50% of your 10RM, 10 reps at 75% of your 10RM, and 10 reps at 100% of your 10 RM. Only on the final set will you approach anything near muscular failure. While there have been many variations on this theme – involving decreasing the number of reps performed, increasing the amount of weight used and even varying the sequence of the sets (e.g. 50%, 100%, then 75%) – none were ever better than this original method for influencing strength gains.

One of the problems still plaguing the fitness world is the lack of clear understanding between strength and size. Many are still mired in the bodybuilding mindset spawned by the 1970s and believe that how a muscle appears is a direct correlation to how a muscle performs. One of the problems with HIT is that it often forces people into going not just to momentary muscular failure, which is beneficial for muscle growth, but well beyond that by using many so called high-intensity techniques such as drop sets and negatives. But research by Richard Berger in 1963 found that weights that are too heavy (beyond what you can lift on your own) and too light do not work well for strength gains. And here’s what Siff said in Supertraining about that research, “He concluded that training with a heavy weight does not permit the optimal number of repetitions necessary for strength increase. He also found the reverse result, namely that training with light weights and many repetitions offers too weak a stimulus to significantly improve maximum strength.”

I know what people will say: “But my lifts went up!” Let’s be blunt. No one cares what you use for leg extensions. And when it comes to playing an actual sport – you know, where performance is counted rather than how big your arms are – you will be found wanting. As Art de Vany said, “Focus on performance, not failure.”

The problem with programs, of any type, is that adaptation is greatest early on, and then dwindles to a halt fairly quickly. Dan John has said, “Everything works, for about six weeks.” So while you may see a sudden increase in muscle size during those initial weeks it will often slow or stop after just a few workouts, and then you will likely find your strength will start to go backwards. Dan John found exactly this happening to his discus throws after two years of all-out HIT training, including spending time training with Ellington Darden himself. 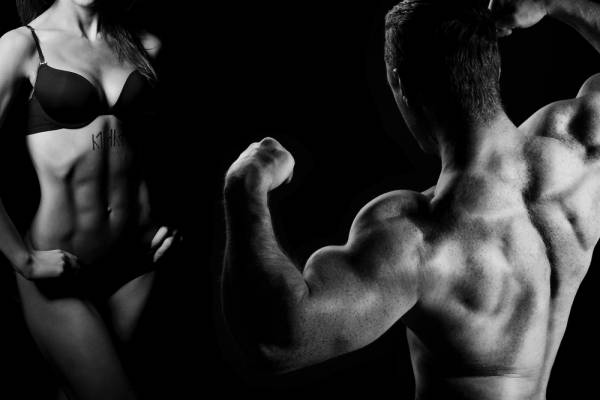 My thoughts are actually that the initial size increase is due to the body finally getting into the upswing of the super compensation curve after a potentially long period of overtraining. As strength can take three weeks to begin detraining, and peaking can take a few weeks to achieve depending on how fatigued your body was to begin with, the early improvements you see from a switch to low volume training are simply what anyone would normally experience while resting and tapering off a high volume approach.

Even Dorian Yates – a man-mountain, six-time winner of Mr. Olympia, and often put forth as a great example of HIT training – is a better example of the De Lorme approach. A set at moderate effort, a set at a hard level, and then an all-out set to finish each exercise. Even at the highest level of bodybuilding there is only a single example of HIT being effective for muscle growth and that is Mike Mentzer. All the rest – Larry Scott, Sergio Olivia, Arnold Schwarzenegger, Franco Columbu, Frank Zane, Chris Dickerson, Samir Bannout, Lee Haney, Dorian Yates, Ronnie Coleman, Jay Cutler, and Dexter Jackson (all the Mr. Olympia winners from 1965 to present) – have used a volume-based training approach, not HIT. So even when it comes to hypertrophy HIT hasn’t got many runs on the board.

Does HIT Work for Conditioning?

The most popular bandwagon when it comes to HIT conditioning is the infamous Tabata study done in 1996 by Izumi Tabata. For people who don’t know here is the synopsis:

Two groups were selected. One was to ride for sixty minutes at 70% of their VO2max, five days per week, for six weeks.
The HIT group performed seven to eight sets of intervals four days per week. The intervals were twenty seconds long followed by a ten-second recovery (often written as 20:10). These intervals were performed to exhaustion. Each session was done after a ten-minute warm up at 50% VO2max. On the fifth day, participants rode for thirty minutes at 70% of VO2max, followed by only four sets of the intervals, with the specific aim of being non-exhaustive.
The HIT group (the 20:10 group) increased both aerobic and anaerobic capacity over the six weeks, while the steady-state group only increased their aerobic capacity.

But here’s what no one ever tells you. First, the steady-state group actually achieved a better increase to their aerobic capacity, despite starting at a point (theoretically making it harder to change) from 52 to 57 ml/kg/min versus 48 to 55 ml/kg/min for the HIT group. Second, the steady-state group showed an increase throughout the entire trial, as measured by tests at two, four, and six weeks, versus the HIT group who only saw improvement over the first three weeks. Sound familiar to our strength model?

The great running coach Arthur Lydiard felt the same. He saw that after months of base training (you know, that boring, uncool, steady-state work) that only three weeks of interval work was necessary to sharpen his athletes. Intervals improved certain parameters for his athletes for about three weeks, or six sessions. Any more than that and the athletes stopped experiencing further benefit and instead increased their injury risk. 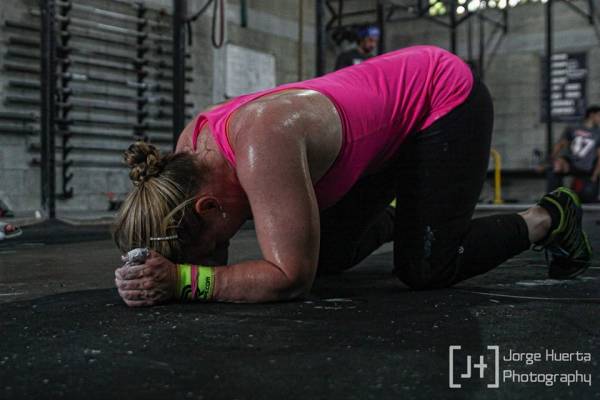 Additionally, in the Tabata study, the HIT group performed each interval at 170% of the power they produced at 170% of VO2max. To put this in perspective using my own data, with a functional threshold power of 190W that means I would need to ride intervals at 323W. To put it in a weightlifting sense, imagine being asked to lift 170% of your best multiple times in a row. That should give you a sense for exactly how hard the subjects were pushed. They’re not joking for a second when they state the subjects were pushed to exhaustion. If you’re not training that hard, then you won’t get those sorts of gains. I can tell you now that 300+W is a massive workload. The guy who won the Tour de France last year rides at about 400W when climbing massive peaks, if that helps put it in perspective.

Finally, the bit that everyone misses – even the HIT group was performing seventy minutes each week of steady-state work between 50% and 70% VO2max, so is the result indicative of HIT as a training type or is it showing what happens when you combine HIT plus steady-state?

So, Should You Do HIT Training?

The public usually feels far more comfortable with cerebrally undemanding mantras and “fast food” solutions than with far more accurate, complex methods. This is a major reason why many fitness figures write as they do and market their catch phrases simplistically as they do – society has been processed by mass media to behave like that and they usually do not want to be forced to think too deeply or to have their convenient current beliefs questioned, because that entails a serious threat to their psychological safety.

Personally, I don’t think the increased chances of getting hurt by training HIT are worth it.

What do you think? Post your thoughts to the comments below.