I did not go to school for snatches, didn’t know you could go to school for snatches, didn’t even think the major existed until that is what my roommate said he was going for. From me this news did round up a most delighted and giddy applause, and so I invited him to show me his snatch, but he declined. I insisted and said we are all friends here and he hasn’t a reason be shy with me. That is when he put in a form against my character and it was arranged so that I would not have a roommate anymore.

I did not graduate college. Some people say I was just, to put it plainly, somehow very stupid, and I think there may be some truth to that, because my mother said it, too, but I don’t think it’s pertinent. I started out a dual major in finance and accounting, and none could have described my excitement in words; that is, until I heard all the ruckus and excitement that came with majoring in snatches. So I affirmed my resolution and sought out Mr. Norris, my guidance counselor, and demanded my major be changed to the snatch, because that is what all the fellows in my hall said they came to college for, and it was only fair that I ought to be afforded the same high luxury. I said I would work really hard at it and graduate with high honors, and whenever the occasion arose would I give the highest endorsement to the place where I majored in snatches – “West Chester University, of Pennsylvania – talk to Mr. Norris, he’ll get you into snatches easy!”

Said I’d surely make the Dean’s list, too, admitting to being something of an expert in the matter already, and would happily give him a demonstration right here in his office, just had to grab my equipment. Well I guess the class was full, because no sooner than I started to warm my hips up was I drug off the premises by two fellows disguised as policemen and thrown into a dorm that looked just like a jail, and my roommate this time was all the more well-mannered and respectable and invited me to show him my snatch without even knowing I was an expert! But I told him I couldn’t because I hadn’t the equipment. He understood.

And here, thus, we are brought to my thesis. Can the handling of a snatch be taught? I suspect it cannot. Because nobody who ever went to college for the snatch, so far as I know, ever learned a thing about it – and I think the problem must be that the professors who are teaching it themselves really know very little about it.

But surely the snatch, if it cannot be taught, can still be learned – and learned quicker and easier, too, with some guidance from somebody who knows his way around it, like myself, or Professor Dan John, than it could be otherwise on your own.

I have in my day given three most useful advices for the refinement and refreshment of one’s snatch. They are as follows:

The first, of course, is to not even think of fooling around with snatches until you have spent sufficient time with all things requisite; to wit, that before you go – I was going to say “balls deep,” but as I’d prefer to keep this article free from any indecencies, I’ll just say “the whole hog,” as the phrase has it – that you have full command over the two hand swing, the one arm swing, the clean, and other such things of a hip-hinging nature, as well as the press and the get-up. 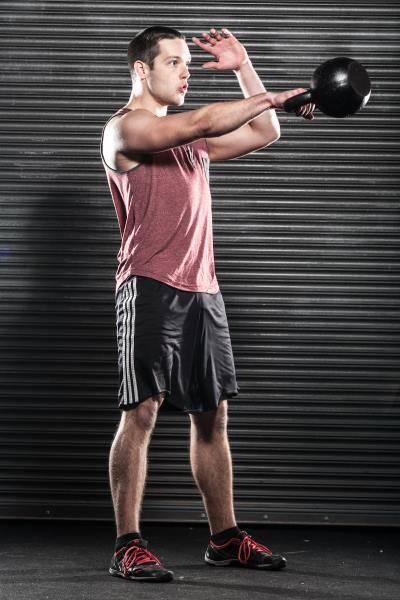 Three months minimum is what I recommend to a fellow who wants to get himself deep into snatches – that is, three months spent only on swings (both two arm, and one arm) and get-ups first, and no other funny business. After that, a fellow should allot an additional two to three months familiarizing himself with the intricacies of the clean and military press, before he goes poking his head around in places it shouldn’t be. The same goes for any ma’ams, though they do tend, as my experience shows, to advance quicker than most fellows in nearly all departments.

Now when you are ready to have a go at snatches, it is imperative that you approach them with some prudence, or, as I tell all my clients, let it get a sniff your hand first, else it might engage its teeth. I speak figuratively, of course – snatches aren’t dogs, obviously – but the point is this: Do not go after the biggest, fattest snatch you can find slinking around the gym, as so many desperately zealous men tend to do – start with a snatch you know you can handle; one that will challenge you, but not eat you alive. Because if you don’t pick the right size, and then if you come at it from the wrong angle, a heavy snatch could break your arm entirely in half, clear through, I’ve seen it happen!

My second piece of advice is to learn the snatch in reverse. Start from the top, and learn the groove coming down, rather than going up. It is easier this way and will save you much agony. As well, if you can figure the snatch down, you can figure it up – the groove is reciprocated. So, start at the top of the snatch; cheat it up however you’d like – clean and press works well – and then work your way down like this: At the lockout simply think of throwing the bell straight down into your loins, and moving your hips out of the way at the very last second. From there, just go into a one arm swing, a clean, or whatever; don’t even worry about bringing it all the way back up yet. Give it time.

And regarding moving the hips out of the way, I’ll tell you just one horror story. This one guy, he did not get his hips out of the way in time, as I’m telling you to do, and it struck him, squished his most cherished parcel, and bounced. It sounded just as it would if you were to drop a melon from a second story window. As to the type of melon, I would say a honeydew. And basic physics tells us this: When a hurling, screaming cast iron instrument of roughly one and a half pood meets a fixed object at full-tilt, and when that fixed object is another person’s genitals, the benefit, let me tell you, is never toward the receiver – it is toward the spectator. This poor fellow, he slumped to the ground, clutched his injury, howled out in one final colossal excretion of pain, and was dead.

My last piece of advice is to film your snatch, get it on YouTube, and send it to Dan John. That way he can get a good look at it, and you can get a good look at it, too. Now because you can’t see your own snatch (if you can, then you can do something I cannot) most people are frightened when they witness it on camera for the first time, because they simply have no prior information as to how unlovely it ultimately and really is.

And let me caution you. Don’t have somebody look at their own snatch for the first time near a bridge, because they are likely to want to throw themselves off it. “That’s what my snatch looks like? Is that really so? Where is that sharp knife?” is what you will hear. And yes, I do vividly recall the instance I caught my own snatch on film for the very first time. I was out my usual cameraperson that day and enlisted the means my sweet and tender grandmother to come into the basement and fulfill the roll. And what a mess it was! It looked angry and frustrated, and caused me to shriek. But it has come along way, my snatch has. Here, take a quick look:

Now when you go to show off your snatch, as you can see, note that the start position requires you to push your butt back towards whatever is behind you, and for the unveiling you snap your hips forward with all the passion of a surprise enema, and finish standing tall with your arm(s) straight in the air, garnering a grade of either pass or fail.

Also, and please put this down, do you notice how I am loosening my grip and spearing my hand through the snatch, and not trying to go into it with a balled fist? This makes for an easier, smoother insertion, and will likely save you from tearing a callous, acquiring a blood blister, or other such rookie mistakes. 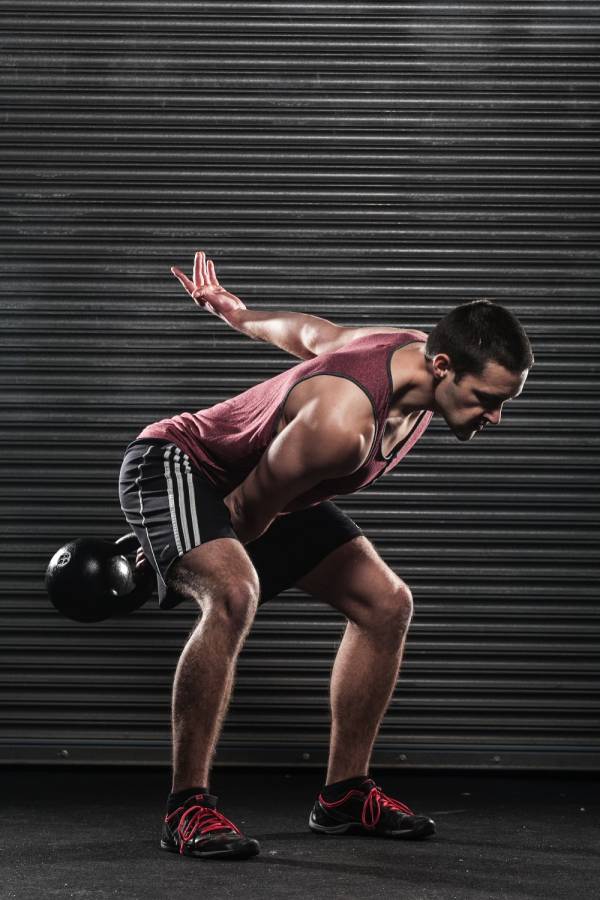 And just a few other things that I look for when examining a snatch. At the start, does the person hinge or does the person squat? There is a difference, and it is a marked one. In a hinge, the butt goes back; in a squat, down. In a hinge, the hips are above the knees but below the shoulders; in a squat, the hips are below both the knees and the shoulders. In a hinge, you have maximal hip flexion with minimal knee flexion; in a squat, you maximize both, preferably. This is why I place such a strict emphasis on mastering the swing before the snatch – it teaches the hinge.

I hope you found this article useful, but I don’t want you to think that getting into snatches is the one quintessential, all-important, and ultimate quest of life. Because how useful are snatches, really? I have myself the character amongst my colleagues of being one who holds the value of snatches in some doubt. What I mean to say is what can you get from a snatch that can’t be gotten elsewhere for cheaper and easier, and with considerably less intimidation? The answer, of course, is not much. Most of what you can get out of a snatch, save for a slightly increased rate of secreted fluids, can also be gotten out of a one arm swing, or a one arm high pull – and even those too, worked good and hard, cause you to sweat all the same.

But still I am a man who loves his snatches, so I leave you with these. The first is a means to handle heavy snatches, the second, lighter ones. Because it is good to not keep with the same sort of snatch all the time, else you might get bored and be left under stimulated; and I cannot feasibly imagine that the Great Creator, in all his all-pervading wisdom, would have set so many different species of snatch to roam freely about the verdure of his Footstool if he did not want you to catch and sample them all.

Pat Flynn is a fitness minimalist and believes any exercise program will improve in direct ratio to the number of things you can leave out of it that shouldn’t be there.

He is the founder of The Chronicles of Strength and chief contributor to the Chronicles Of Strength Inner Circle - a monthly newsletter dedicated to helping you reach your goals through fitness minimalism (or doing the least amount of exercise needed to get the job done).