“Complex training” refers to training two tasks that force the body to build strength, while building neural links between them. Here’s how to do it in preparation for a race or combat situation.

Years ago the Eastern Bloc countries ruled the roost when it came to sports science. One of their favorite methods of training was what has come to be called “complex training.” Now, this is different to complexes, which are exercise routines done as non-stop circuits without putting a weight down. Rather, complex training refers to getting the body to engage in two tasks that force the body to build strength while forming associative pathways between the two skills.

I first came across this concept when I read Charlie Francis’ work in Training for Speed. He famously had Ben Johnson hit heavy squats in the gym before heading outside to run blazing fast sprints. This concept of “if it wires together, it fires together” has crept into the modern fitness world too. CrossFit is perhaps the most famous example of that, training multiple fitness qualities at once in an effort to breed all-around athleticism.

Russian sports science great Yuri Verkhoshansky had a lot to say about this method of training, in particular on ways to use it to achieve explosive strength development. Let’s segue a little bit and assume that we actually want some useful, real world strength – the kind a soldier might need. A soldier’s role might entail a slow patrol into enemy territory while wearing heavy loads and then a flurry of activity during a firefight. Given the non-specific nature of combat training, it is difficult to state with any kind of specificity how one exercise will carry over to battlefield performance but one thing is for sure – the stakes are high and there is a need for a huge blend of physical attributes.

If we’re planning to make the most of this style of training the first thing I suggest you do is read my article on common sense programming. Placing the highest demand qualities at the start of the week is vital if we’re looking to get the most of these varied sessions. One of the general rules with this type of training is not to mix qualities, as the body responds best to a single focus in each session.

A sample session might be exactly as Francis had Johnson perform. Do a 3RM squat then run a hard 60m before resting for ten minutes and repeating. Triathletes will be familiar with this kind of session, but they use it to practice two different sports skills by performing brick workouts.

At this point the general rules state that the only session that should follow something so demanding is an easy endurance session. Athletes should be careful not to schedule two hard sessions back to back. And in the case of military operators putting two such sessions together could see them so exhausted on their next patrol they fail to do their job adequately.

But we can use this same premise within our workouts, too, by combining a hard exercise such as heavy deadlifts with an exercise like the Brettzel or the windmill. Hard is followed by easy, and by combining those two within the same session we will get increased strength and mobility at the same time. 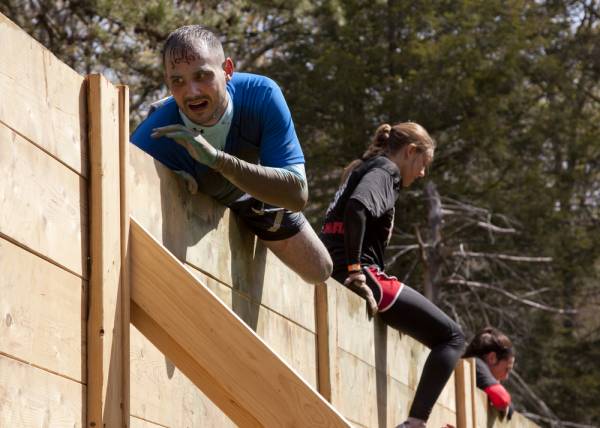 But now how do we make this fit with running, an essential skill for the military? My testing ground for all this is obstacle racing, as that’s the closest I can get these days to combat situations. My base running plan was designed by former marathon world record holder and world champion Rob de Castella, so there’s nothing wrong with it as far as making me run better goes. The trick is in where to schedule which session.

It’s based around four runs per week and one mixed session. The mixed session I think of as my long brick. Triathletes will be familiar with brick workouts. Bricks are typically two of the three sports linked together in the same format you’d race them, so swim/bike or most commonly bike/run. It’s very common to do a long ride/short run brick within Ironman training and my Sunday session is based on that. Here’s how it works:

1. Two easy runs per week of thirty to forty minutes. This is not the time to go out and try to run hard and fast. These are easy, aerobic, recovery runs. They are ideally placed on the days after your hard strength sessions, or even later the same day if you can tolerate two sessions per day.

2. Another run per week that is hard intervals. This session is all about learning to tolerate time spent at your threshold and is best done in longish intervals of 1km. After a decent warm up you’ll need to do three to five hard 1km efforts with good recovery. I generally run the 1000m in about five minutes and rest another two, leaving on a seven-minute cycle.

3. A long run each week that is somewhere between one and two hours depending on ability and needs. This run should be nearly entirely aerobic but the last twenty minutes should be hard.

4. The final session of the week is our complex session, working on multiple qualities and simulating race- or combat-like situations. My goal during these sessions is to go out on the trails and do hill work. Think of that as my strength component. I run the flats hard, so there’s speed. Finally, at any track junction I do calisthenics. That’s power endurance and matches the kinds of demands needed during obstacle course racing or during combat. 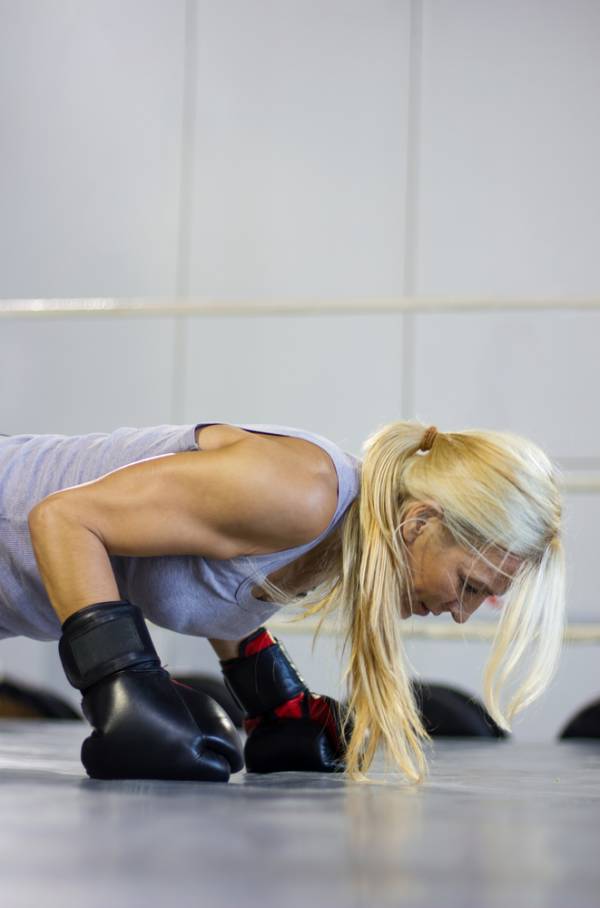 It’s not unusual for me to do hundreds of reps of various exercises this way. From push ups to burpees to lunges, squats, and various crawling patterns, I’m only limited by my imagination or my fatigue. Old school boxers used to do the same when they did roadwork, pausing every now and then to do calisthenics or shadow box, tying in neural pathways so that under stress they could still perform.

This leaves me a few opening each week to hit some hard strength work – pull ups or rope climbs, plenty of tough pressing variations such as weighted dips, and single leg work, yet still leave me fresh enough to maximize my running.

This old school method is a great way to get a lot of work done while making sure the nervous system is making the connections we need for when the going gets tough. There’s nothing more frustrating than watching someone who looks like Tarzan play like Jane. It doesn’t mean that every session should end up as a random mish-mash of ideas because you’ve got ADD. It still means sticking to a plan, but learning to use this idea to maximize your time and leverage the body’s adaptation.