With bathing suit weather fast approaching, it is the fourth quarter of meeting our weight loss goals that we set back in January. We all know that in order to lose weight we must take in fewer calories than we expend.

We do this by putting our data into a generic equation and calculating every bite of food we eat. Then, we go to the gym and run as hard as we can for as many days as we can force ourselves to do it. This should allow us to reach our goals right?

The Truth About Low Calorie Eating

In 2010, Lucy Aphramor published an article in Nutrition Journal. This study was a literature review of articles in the Journal of Human Nutrition and Dietetics from 2004 to 2008. The author concluded by saying:

Dietetic literature on weight management fails to meet the standards of evidence based medicine. Research in the field is characterized by speculative claims that fail to accurately represent the available data. There is a corresponding lack of debate on the ethical implications of continuing to promote ineffective treatment regimes and little research into alternative non-weight centered approaches. An alternative health at every size approach is recommended.1

According to the author, low calorie dieting has a high long-term failure rate for sustainable weight loss. Could continued low calorie dieting be dangerous? The research clearly states that it has the potential to negatively affect our health. Researchers have found that low calorie diets lead to increased cortisol production, our major stress hormone, and also an increase in psychological stress due to calorie counting.2

Increased cortisol can lead to insulin resistance, weight gain, and cardiovascular disease.3 High levels of cortisol have also been linked to mood disorders such as depression. In one study, researchers concluded:

Hypercortisolaemia may be a predisposing factor and may interact with a low level of social functioning leading to depression.4

Does this mean everyone on a low calorie diet will become depressed? Absolutely not. However, if we have higher than normal cortisol levels, it could make weight loss even more difficult and bring about negative changes in mood. Do you get angry when you are hungry? Now imagine being hungry all of the time.

The Pitfalls of Starvation Diets

Ancel Keys and his colleagues did a study on the effects of human starvation from November 1944 to December 1945. This was known as the Minnesota Starvation Diet. 36 healthy young men were enrolled in the study, which put them on a 1,600-calorie diet and controlled physical activity. The subjects experienced hysteria, depression, self-mutilation, and hypochondria, as well as a preoccupation with food, hoarding food, loss of sexual drive, anger, decreased social interests, and lower leg edema due to the increased water intake to try to get rid of hunger feelings.5 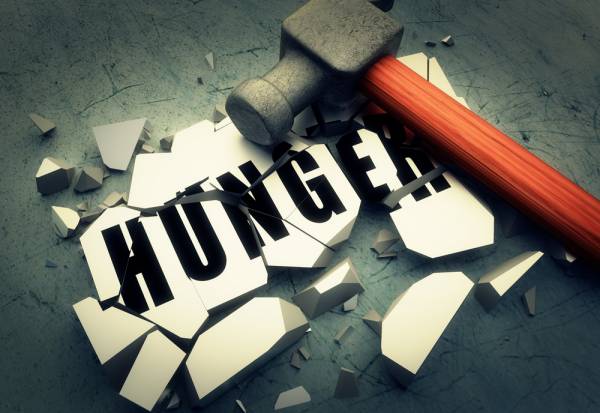 We have known about the dangers of low calorie eating since World War II, but we are still advised to eat less and exercise more to lose weight. Personal trainers and nutritionists everywhere are trained to calculate a client’s resting metabolic rate (RMR) and to take away 500 calories per day to generate a pound a week for weight loss. This is based upon the assumption that 3,500 calories equals one pound of fat. Studies have consistently shown this to be false. We consume roughly 500 calories more per day now than we did back in 1970. That totals roughly 3,500 calories per week in excess. We should have gained 52lbs each year since then. Of course, that is not the case.

Low calorie dieting negatively affects our thyroid gland. Low thyroid issues have been linked to both depression and weight issues. In one study, a 1,200-calorie diet led to a 40% reduction in the thyroid hormone T3. The study also showed that thyroid levels remained 22% below baseline after a re-feeding period.6 The 1,200-calorie group did not have a re-feeding period, but I would be interested to see those numbers. This could explain one of the mechanisms by which chronic dieters continue to gain weight and weight loss becomes increasingly more difficult

In conclusion, low calorie dieting is not only inadequate for weight loss, but may be potentially hazardous to your health. Research has clearly shown that low calorie dieting is ineffective in the long term. The research has also shown that going low calorie can down-regulate our thyroid hormone, making weight loss more difficult. It can also increase our stress levels. The increased stress can induce insulin resistance, making weight loss difficult via yet another mechanism. The Minnesota Starvation Diet was a long-term low calorie study that increased mood disorders in the participants. This information can lead us to ask, “What should we do?”

This answer becomes clearer when we understand our set point. This is a group of hormones that work in synergy to control our hunger, satiety, and body fat storage. They also play a role in our energy levels and mental well being. We will develop an understanding of these mechanisms in my next article.

5. Troscianko, Emily. “Starvation study shows that recovery from anorexia is possible only by regaining weight.” (2010). Retrieved on April 13, 2014.