Getting carried away in the gym is easy, especially if you’re a competitive person. You see the body change, numbers go up, results improve, and next thing you know you have your eyes on a total that Klokov would be proud of. One of the things that I think would help people greatly is truly identifying who they are, what their goals are, and how to achieve them. As an example, I did martial arts for nearly thirty years. The last ten of that was predominantly grappling, and most of that was Brazilian jiu jitsu. But it turns out I was never a grappler, nor even a serious martial artist. I thought I was, but as it turns out I had it all wrong.

Despite the fact that I would train four or five times per week, and always medalled at competitions, martial arts was never really my thing. It became clear one night when I was talking to a friend about whether or not to continue grappling after my shoulder surgery, or stop grappling as I had always told myself I would if I ever needed a second surgery. What my friend said literally dropped my jaw it was so insightful.

As we were talking, he said to me that I wasn’t a good student. My first reaction, was, “F%#k you buddy, I schooled you last time we rolled.” But then he went on to say that even though I trained a lot and was progressing, I was never that excited about it. I never told him about how I’d just bought a new BJJ DVD and had spent the last few days reviewing it. Instead I’d tell him about FMS, or Mike Boyle, or any other new strength and conditioning thing I had been getting into. I was a fitness guy who did martial arts as a form of cross training. Was it any surprise that my game stalled more often than my lifts did?

My Moment of Clarity

But this leads to my point. How much strength did I actually need to be good at BJJ? For a short while I went to the gym and lifted just enough to stay as strong as I was. I found a simple two-day-per-week plan was easily enough to stay strong and get some extra conditioning. The upside of that was I had far more energy when it came to grappling training and my BJJ game improved dramatically. It was helped further by me studying DVDs and becoming a better student of the game.

As it turns out that approach made me miserable. I missed the gym and doing things other than grappling. My friend was right. BJJ was nothing more for me than another form of fitness training. That set everything clearly into focus for me, and has allowed me to happily continue my athletic adventures, playing with as many forms of fitness as I can, and always using strength training as the basis for all of it. But if I hadn’t had that moment of clarity, of being honest with myself, I never would have been able to enjoy the training or make progress, because how can you plan a trip if you don’t even know you’re starting point?

When Enough Strength Is Enough 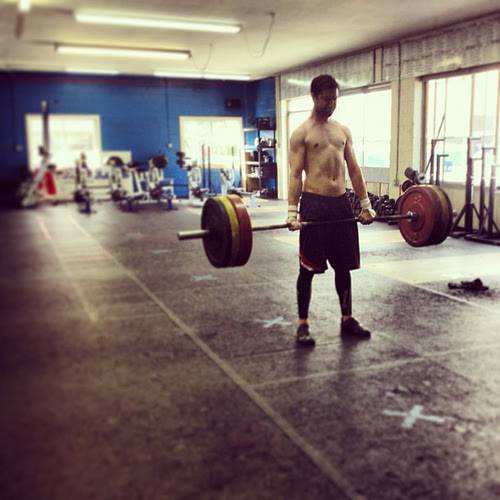 It may seem counterintuitive that if you have a certain level of strength and run a certain speed that adding strength won’t make you faster. After all, there are a number of well-known fitness cults that suggest that strength fixes everything.

Well, maybe. A little bit more strength, especially in distance athletes, may help. But spending the time and effort to greatly increase lifts may leave these same athletes so sore and tired that they don’t have time for what really counts – which is running.

Focus on What You’re Really Training For

I have a client who runs amateur track and clocks eleven seconds for the 100m. He was recently at an event where he did a 2000m row in a personal record of 7:30-ish, but was beaten by some of the other guys by up to a minute. This client lamented to me that he wasn’t very fit compared to these other guys. I asked him if he thought he could outrun them. He instantly replied that he’d crush them.

So does it really matter if he gets beaten rowing when that is not his thing? Does a soccer player care if he loses a game of basketball? While my client may still harbor the dream of being the best at everything, he is realistic enough to know that fast sprinting is what he does and trains for, so rowing, while a fun distraction, doesn’t matter one bit for him. But without knowing who he truly is, and what he is really training for it would be quite normal for him to suddenly get onto the rower and spend a few weeks bringing his times down. But that’s just ego and wouldn’t do anything to help his sprinting. Keeping a clear vision of what he is training for and what is needed to get faster at running is the only thing that matters. 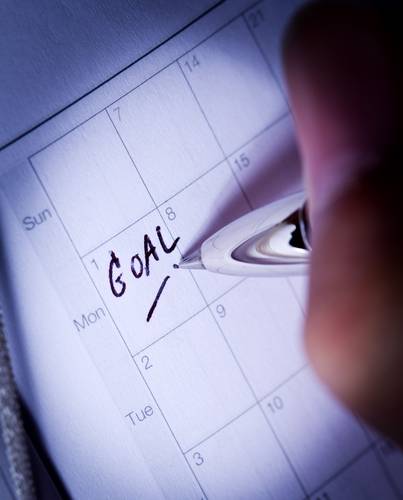 Training someone with specific goals is easy. But what happens when you train to be fit for life? I would suggest that having clearly defined short-term goals is the best way forward. It can be as easy as focusing on strength for a six-week period followed by a conditioning or fat-loss phase. Six weeks is long enough to run either a couple three-week blocks or a single six-week block of training and see some results. You can then hold onto whatever strength you’ve gained quite easily and transition to a fitness phase for six weeks. It’s that simple.

The tricky part for many people is trying to ride two horses with one ass. Don’t get to the middle of the strength block and worry that you’ve lost some fitness. You’ll get it back. Conversely, don’t lament that you’ve dropped 5kgs on your squat because of all the running you’re doing. That’ll come back, too. Avoid specializing in anything – you’re training for life, which means that you are doing GPP.

Use a wide variety of tools and methods when training for both strength and fitness. For example, if you’re training for strength, and you’ve identified that your leg strength is lacking, does it matter if you just do a different form of squat each time you train? If you’re a competitive lifter, an SPP athlete, then of course you need to focus on back and front squats. But for the GPP fit-for-life crowd you can do back, front, overhead, bodyweight, goblet, and kettlebell squats. You can add in lunges, step ups, and sled work, too, because it will all help your overall strength and fitness. Trust me when I say that long term you’re going to have way more fun this way than trying to make yourself follow a specialized lifting program if you have no aspirations in that direction.