Okay, XX chromosomes. It’s our turn. Here goes: On the one hand, I fervently believe women deserve the same opportunities and the same access to grappling that men do. On the other hand, I also believe that refusing to acknowledge there are differences between men and women in the grappling world is naïve, and is actually not going to help women persist. But there isn’t a checklist to explain what constitutes a gender issue and what is just jiu jitsu. So we all have to proceed with caution and a willingness to assume the best of others.

Women are entering Brazilian jiu jitsu in larger and larger numbers. I think this is wonderful, because I know how much BJJ has given me, in terms of helping me come closer to embodying the best version of myself it is humanly possible for me to be. Part of what I’m able to do in the context of grappling is access and express, in an adaptive and beneficial way, my more aggressive energy. My competitive energy. Yes, my masculine energy. It makes me happy when I see other women doing this, just like it makes me happy when men allow themselves to feel and even talk about their feelings. (I know; gross, right?) It means they/we are acknowledging and celebrating all aspects of our selves, as individuals and as humans, and in my opinion, this is a positive thing. If we have a structured environment within which to give voice to those facets of ourselves, which I believe are inherent to all of us, they don’t come out in other, perhaps less conscious, more maladaptive ways.

If we work backward from this idea that grappling enables women safely and productively to express their more masculine energy, the logic suggests the environment in a grappling academy is going to be skewed stereotypically masculine. Men are more likely to be comfortable there. There are more of them, of course, and this is probably because many characteristics they are socialized to embody are valued there. That doesn’t mean there isn’t a place for us women. It just means we may, as a rule, have more to do to learn how to survive and thrive in that context. This may seem obvious, but if we recognize it explicitly, we can better understand the dynamic and make it work in our favor.

Some years ago, if I remember correctly, there was a big kerfuffle when Ellen DeGeneres and Anne Heche, who were a couple at the time, accepted an invitation to the White House for a luncheon in the Rose Garden. The brouhaha occurred when the pair engaged in a fairly public display of affection during said luncheon. I remember being annoyed at their behavior, but not because the couple is gay, as they accused others of being who also expressed dismay. Rather, I was annoyed because they were guests of the President at the White House, a context where these actions would be inappropriate on anyone’s part, gay or straight. Further, the fact they chose to make their inconsiderate behavior a sexual orientation issue actually made it easier for people who would be so inclined to discount how unfortunate it is that real sexual orientation issues exist. That’s annoying too.

This is so because ostensibly, they attended this event of their own volition, and while maybe they weren’t handed a rule book (or maybe they were – I’ve never been invited to the White House), I suspect it would have been fairly simple for them to conclude from their surroundings what was more and less likely to be considered appropriate behavior, for anyone. The point is, different contexts are more and less accommodating of specific behaviors and expectations, regardless of who expresses them. Personally, I would have been just as annoyed if I had heard Brad Pitt and Jennifer Aniston (who were also together at the time) had been going at it that way, and I wager I’m not alone. 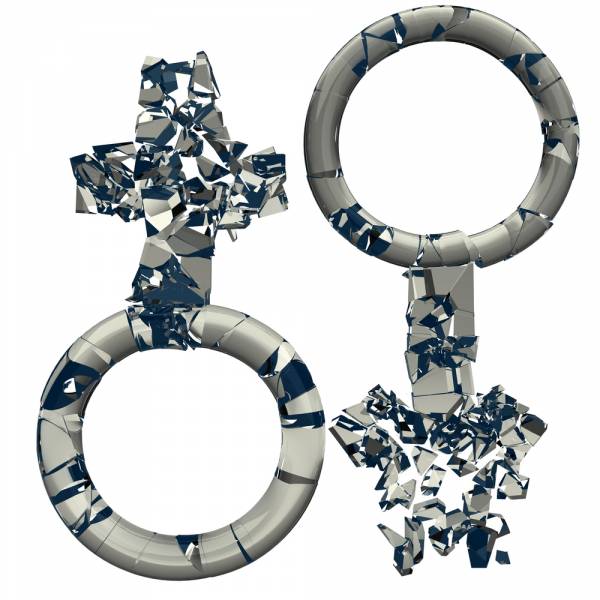 Maybe you can see where I’m headed here. Generally, women in and of ourselves are not uniformly welcome or unwelcome at a grappling academy. I like to think my teammates are happy I’m there, and I can confirm that my female friends who are fellow (fellette?) grapplers are much beloved at their academies as well. But I believe a large part of the reason we have been successful is because we have recognized that many of the things women are socialized to be and do are not the most adaptive choices in a grappling context. Indeed, we have not only realized, but embraced this.

We haven’t tried to be guys, but we have become comfortable expressing the yin. Or the yang. Whichever is the one that makes us want to go for the kill. We stay in the fray and keep at it, both during specific training sessions and in our training in general. We say we’re fine even when we want to cry, which, if we can at all help it, we do only when we are alone. We don’t expect special treatment, and we do expect to push ourselves harder than we ever thought we could. We don’t blink when our coaches snap at us. We just put our heads down and do what’s required.

If you don’t believe me that this is relevant, think about the names and mascots of the grappling academies near where you live. Are the words and images more evocative of what we stereotypically consider to be male or female? In a competition situation, do you think people are more in touch with their feelings or with their desire to dominate? Yes, it’s true there are men who are more sensitive and women who are more aggressive, but we’re talking in generalities here. And in general, the culture of grappling values and relies upon the human tendency toward dominance and aggression. These are its essence. 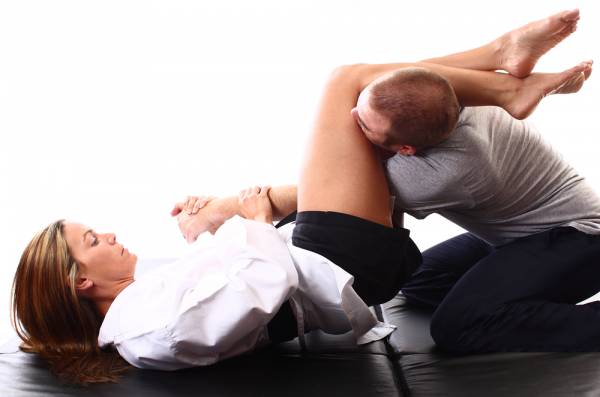 Probably most importantly, we women who have successfully persisted in grappling value our own and our teammates’ time by showing up for one reason: to train. Everything else is secondary, and may not have a place. We don’t ever lose sight of the fact we are women, and that as a rule, we are physically weaker. (Yes, we are.) But we don’t let that make us mentally weaker. We understand that not everything is a gender issue. Sometimes we’re simply being required to pay the dues expected of everyone who is going to make it anywhere in this sport. We assume the best of our teammates, even the ones who don’t want to train with us. On the flip side, I guarantee you that if you don’t already have a mental list of people you’d rather not train with, you soon will. And this may or may not have to do with gender. Ultimately, it doesn’t matter. Your job is not to browbeat a man into training with you. Your job is to work your ass off in order to become the kind of partner your teammates – male and female – clamor to train with. Then you can have your choice.

The more aware we become of the habits, mindsets, and actions that are valued in the context of a grappling academy, the better able we will be to act in a manner congruent with that context, and to eliminate or reduce non-congruent behaviors and expectations. Don’t like it? Understandable. Not everyone is going to, male or female. Fortunately, we have choices. No one is forcing us to be there. However, if we choose to train, we must remember this world doesn’t revolve around what we as women have likely been socialized to do or be. If it did, it frankly wouldn’t be jiu jitsu. I, for one, find this unbelievably refreshing. Further, I don’t find it to be incompatible with the fact that I am also comfortable expressing my more feminine side. I just always do my level best to remember what’s appropriate in which contexts.

I firmly believe that by giving expression to the more masculine impulses we all have, women can become better grapplers and better teammates to our male counterparts. And we can also become more authentically and fully ourselves. What do you think?