My Case for Women Only Beginner BJJ Classes

I don’t like man bashing, especially since my teammates at my gym are so awesome. But the fact is some guys are dicks.

Personally, I can’t say that if I could go back in time, I would choose to start BJJ in a women-only beginner class over a co-ed class, but I think I would strongly lean towards it. I had some shitty experiences as a brand-new white belt training with brand-new male white belts.

I wasn’t training at Titans at the time, but the behavior I experienced is consistent with that of some men who are new to BJJ everywhere. I don’t like man bashing, especially since my teammates at Titans are so awesome. But the fact is some guys are dicks.

Can you find me in there?

Brand-new male white belts (BNMWBs) are dangerous to themselves and others. Some BNMWBs are clueless. They don’t understand that it’s better to try and match your athleticism, strength, and technical skill to your opponent’s during rolling in order to help each other get better. They just want to get that submission.

How many times has one of these fucking idiots injured me? I can’t count. One guy smashed his hips so hard into my back (twice) during a positional sparring match that when I went to the osteopath for persistent back pain some months later he said it looked as though I had been in a car accident. And before smashing my back, the guy suplexed me during guard-passing drills.

Another guy pulled my arm so hard during the technique portion of a class (apparently I wasn’t putting on my Anaconda fast enough for him) that I had to go through months of rehab for a torn rotator cuff. I’ve had big muscular white belts come at me like mad dogs and I’ve had smaller guys who were getting beat up by the bigger white belts take out all of their frustration on me. It sucked, but if I wanted to train BJJ, I had to deal with it or quit. 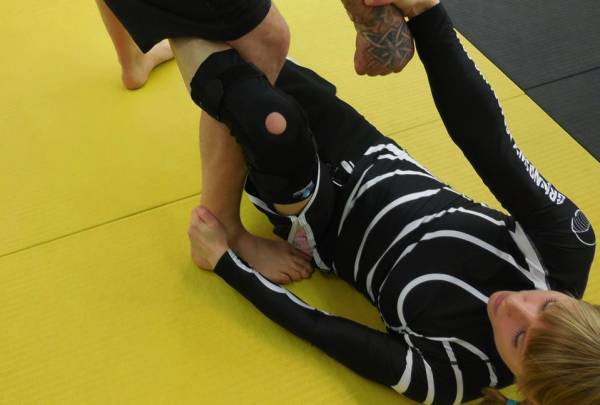 In addition to being injured by BNMWBs, I have been mistreated as a teammate. On several occasions my bottom was groped during rolling or drilling. I have been greeted with the term “slut,” been bullied in front of others for show, and had someone spit in my water when I refused to let him drink out of my bottle. I understand it is likely these men have not had positive experiences with women and they are acting out – but that’s not my problem. None of these men would last at Titans and I have no idea whether they still train or where.

When I started training at Titans, I was fortunately able to join the advanced BJJ class rather than the beginner’s class because I had almost two years of experience. Over time, the trend has been that any of the guys who weren’t good training partners quit before getting their blue belts.

Because our female student population at Titans has been limited to me for the past five years, I have been working diligently to increase membership in our new Women Only Beginner BJJ class. The women in that class are able to avoid rolling with BNMWBs, but if they want to, they can also come to open mat and roll with the higher belts any time, as well.

Men Who Are Awesome

Two of the women’s classes during the week are scheduled at the same time as the co-ed beginner class. All of our beginner classes are taught by very technical and accomplished athletes whom I’ve been learning from since I started at Titans five years ago. So, rather than teaching my class separately, I prefer that the women in my class learn from my teachers directly. 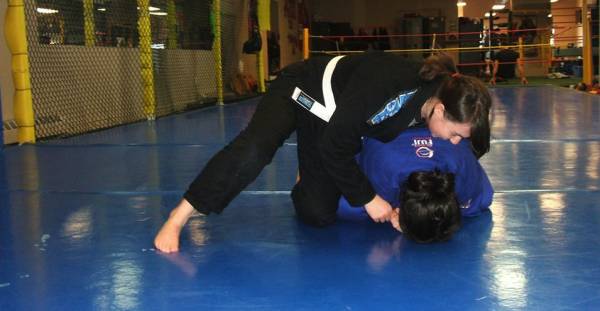 The difference being that after a technique is shown, the classes separate to drill and roll among ourselves. So why am I there if the women are learning from the male instructor? Well, I come in handy to help with technique, and if the numbers are uneven I partner up with the odd-woman-out for rolling. This way the women always have a female training partner. The male instructors will roll with the women, as well, if the women choose, which I think is a great experience.

To be honest, I just like training with the women in my class, so I’d go to the beginner class even if I weren’t teaching. I couldn’t ask for a more mature, hard-working and wonderful group of women. Our class is scheduled for three times a week, but if I’m in town, I offer an additional class on Friday nights because I enjoy our training so much.

Some of my first legitimate submissions happened when I competed in tournaments as a blue belt. I would say that after about four years of training, I had fewer than fifty submissions under my belt. But the women in my class are submitting each other in match after match during training.

To be honest, I’m a little envious watching them build submission experience so early in their training. Where would my game be if I’d had a woman my size to train with as a white belt? 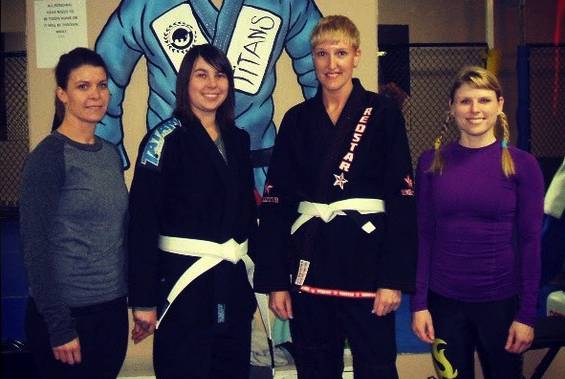 In addition to faster progression in class, I’m seeing more women competing at tournaments now than ever before. It seems as though the IBJJF tournaments have more women in all the divisions, but even locally a lot more women are competing at white belt. Because we’re attracting more women to the sport, the question of whether our champions are legitimate will soon cease to exist. In the past it was rare to see even matches in some of the women’s divisions. Gold medals have been awarded to the lone woman in her division or women who were bigger or higher ranked were crowned champion.

If this new generation of female white belts stick it out, they’re going to have plenty of different women in their division. And as they become more competitive, it will improve the skill level and innovation among all of us. Also, when they bring home a gold medal, they won’t have some guy asking, “Yeah, but who was in your division?” 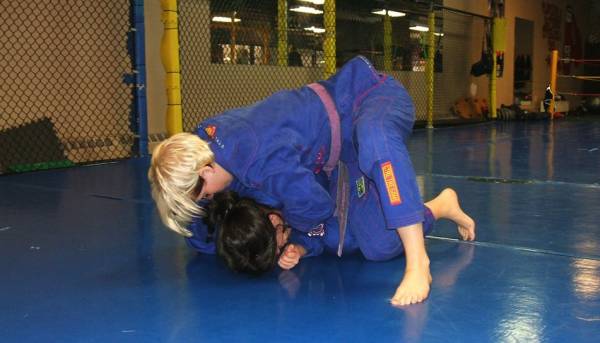 A Request to All Club Owners

If you run a BJJ club or you are the lone female in a BJJ club, please consider the option of implementing a women only beginner class. The women in my class say they never would have tried or stayed with jiu jitsu if they had had to train with men right away.

I was used to getting beat up by my older brother when I was younger, so I stuck with BJJ, but why not make a woman’s first experience with jiu jitsu as problem-free as possible? If BJJ is non-intimidating to every type of woman, we will be more likely to build our community and our skill level faster than ever before.