The paleo jury is still out on paleo sweets. While for some they’re a healthy treat, the key word is “treat.” These food items definitely need to be approached with caution depending on your goals.

Google the words paleo and dessert and your screen will instantly be filled with chocolately, coconutty deliciousness that I’m pretty sure was not appearing on the plates (or spears) of our cavemen ancestors. It’s purported to be health food that’ll make you salivate. But before you rush off and start buying your coconut flour and pound of dates, take a step back and consider whether paleo sweets are actually a good fit in your diet right now.

The paleo jury is still out on paleo sweets. Whilst for some they’re a healthy treat, the key word here is treat, and these food items definitely need to be approached with caution depending on your goals. After all, we are still talking about what are often very high calorie density and insulin-spiking foods here. So, here are a few questions to ask to work out whether paleo sweets are a good addition to your diet:

1. Are you happy with your body composition?

If you’re looking to gain muscle, paleo sweets might just be a great addition to your diet. The extra calories, carbohydrates to spike your insulin post training, and some extra protein are probably all going to help your cause. But for many paleo followers, this is not their goal.

If you’re looking to lose body fat, paleo treats might not quite be the answer when you’re feeling peckish. Certainly a paleo pancake here and there is not going to hurt, and it’s definitely still possible to lose body fat eating paleo pancakes for breakfast every morning. But the energy density and higher carbohydrate content of these treats aren’t working in your favor, so the key here is moderation. These foods still fall under the category of “treats” even though they’re paleo.

Or even two? I was always amazed at my college roommate who kept packets of chocolate biscuits in her cupboard for months on end, and ended up sharing simply because the biscuits were about to pass their “best before” date. Those suckers wouldn’t last more than a few study sessions in my cupboard! Without going into the details of the reasons we eat (for that, refer to my What Are You Really Hungry For? article) suffice to say, some of us have a problem stopping at one, so cooking up a big batch of any type of high energy-density sweet treats, be they paleo or not, is probably not a great idea.

If this scenario sounds familiar to you, there are a couple of ways around the problem. One option is to modify your recipes so you’re just cooking one serving at a time, or alternatively buy pre-made paleo treats that are portion sized. But sometimes you don’t have a choice. For example, my paleo chocolate nut balls are better than most, and it’s just not realistic for me to spend the time and effort involved in making them if I’m only making two for my own dessert. I’m making a batch, or I’m not making any at all. So I make sure I tell everyone at work and the gym before I make them, promising to bring in some samples. I can’t go back on a promise, so it usually limits me to consuming three or four nut balls.

3. Do you have intolerances or allergies to certain non-paleo foods? 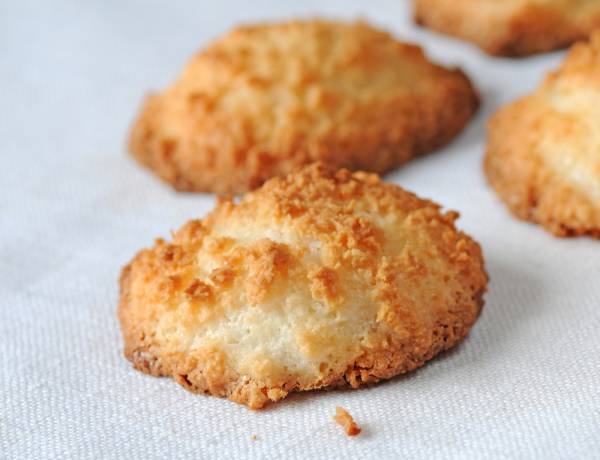 If the choice for you is that of a paleo sweet or a box of cream-filled donuts, as opposed to no treat at all, then that’s a different discussion. If you know you want a treat and you know you have food intolerances or allergies, then it paleo sweets make sense. In this case I’d argue, even if you are trying to lose body fat and have a track record of not stopping at one or two, the lesser of two evils is definitely the paleo sweet.

While paleo treats are definitely not for everybody all the time, there are still positives for the occasional indulgence. You know exactly what’s in the food, so no scary chemical preservatives or additives. From a macronutrient perspective paleo treats are much lower in sugar than their traditional versions, plus from a nutrient perspective the paleo treat is probably high in good fats, antioxidants, fiber, and lots of other good stuff. And last but not least, even if you have to resort to promising to share your latest creation to avoid eating the whole thing yourself, a tasty paleo treat is a good way to make friends at work and at the gym!