Following on from this week’s earlier article about learning how to tame fire and make it work for yourself, it seemed logical to show you how this process may work. I’m in the middle of a pretty cool experiment on myself to show that you can train both strength and endurance at the same time. Given these two qualities lie at opposing ends of the strength and conditioning continuum many will tell you this is impossible. “Lifting makes you slow” and “cardio makes you weak” seem to be the catch phrases of those firmly entrenched in either camp.

Well, maybe if you’re talking about elite levels of either sport those statements are true. I’ve met elite distance runners and Ironman triathletes up close and to me they look like whatever the human equivalent of a Shetland pony is – like a three-quarter sized human. This has even been studied and the research shows elite distance athletes are only around seventy-five percent the same BMI as the normal range for the rest of society. When an extra kilogram of weight equals an extra one and a half percent effort to race at the same speed, it’s no wonder elite racers want to be lighter. The same holds true for elite lifters – lifters in the Olympics at my height are carrying thirty kilograms more muscle than me. Imagine if we swapped those groups around and had the massive guys trying to run and the skinny guys trying to lift heavy? That clearly won’t work for elites.

But what about the rest of us – the rest of us who want to be strong and muscular, but also have some actual fitness to play a game or run around with our kids and not get out of breath or fall asleep exhausted afterwards? The fitness industry these days is so scared of overtraining and losing precious muscle or strength that any form of heart rate training has almost been ignored. I’ve seen what happens to the people who try to hack training by doing the minimum effective dose and eating super clean to stay lean. The result is they struggle when things get hectic. Work capacity is one of the most useful benefits of exercise. A friend of mine told me a story about camping overnight and getting caught in a blizzard and having to walk through it for thirty miles to get out – if they had stopped, they would have frozen to death. I can guarantee the cardio haters of this world wouldn’t have managed that.

Taking a look at some well-known fitness resources such as Pavel’s Beyond Bodybuilding, Jim Wendler’s 5/3/1, and even Bill Starr’s work we can see a few very big similarities. The main things I see are the use of big multi-joint lifts like the squat, deadlift, and presses and using three to five sets of five reps. How do we take this knowledge and adapt it to our own situation so that we get strength as well as not being so crushed by fatigue or muscle soreness that we can’t run or ride later?

My sample week looks like this for strength training:

* Squat is performed Monday to make sure I can recover from it as much as possible by the time I get to my hardest endurance day, which is Wednesday, and before my longest days which are on the weekend.

** Unlike the 5/3/1 template, which tells you to go for as many reps as possible on the last set, I stick to sets of five. I’m not after hypertrophy and I don’t want to use up my recovery ability here unduly.

**** These are done as a superset where I do a hard version of an exercise, such as hanging leg raises and follow it immediately with an easier version such as leg raises on the floor.

Many will look at this and think it’s not enough work because they don’t understand the significant role that fatigue and recovery play in strength training while putting out volume with your endurance work. While there may only be two strength sessions per week, I’m still training another eleven times with a mixture of hard interval work as well as easier, longer sessions. If I go all out in the gym, add volume, or even another workout, the reality is that I simply don’t have enough recovery ability to make the most of that. The goal with training is to do enough to stimulate a response and then recover and repeat, not do as much as you can at any one time. 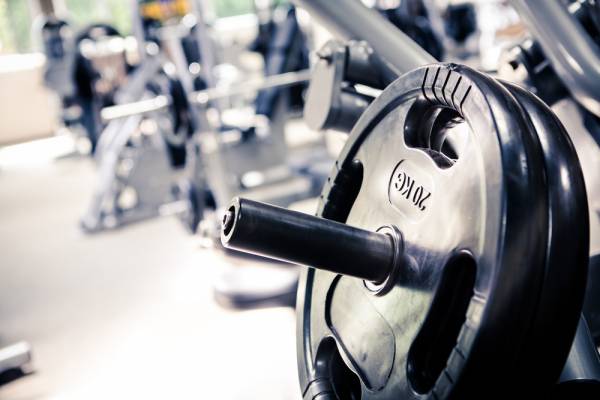 The hardest part with all of this is letting your ego go. When you add either strength or endurance into your training the other will suffer. It’s not unusual to see a person’s squat drop by as much as when he or she first starts adding in long runs. But over time it comes back once the body adapts. The same goes for speed – when your legs are sore from squatting for the first time, you are not going to run fast. But that’s fine because this is training and the goal of training should be to fix weaknesses. Over time you’ll adapt and the addition of the other thing, whether you’re an endurance athlete who has just started lifting or a lifter who has added in some endurance work, will be beneficial to you.

There’s more than one way to skin a cat and I’ve just showed one very easy way to make a plan like 5/3/1 fit into endurance training. The key is to read training programs, absorb what is useful for you, and then move on. There’s no need to religiously adhere to any program if you know it’s not going to meet your needs. But looking for the central theme in similar plans will lead you to being able to figure out a way forward for you. Make 2013 the year you tame the fire, don’t sit huddled around it hoping it’ll make you warm.