The Distinct and Spicy Benefits of Capsaicin

Do you know the chemistry of capsaicin, its involvement in gene activation and calorie burning, and how it can actually make you feel full?

It’s not a mystery that there are many benefits to eating the chemical capsaicin. You may know that capsaicin is what gives chili peppers their heat. But do you also know about the chemistry and biology of capsaicin, its involvement in gene activation and calorie burning, and how it can actually make you feel full?

The chemical formula for capsaicin is C18H27NO3. Capsaicin is not just a chemical we eat when we chow down on spicy food. Capsaicin is also used in insect and animal repellents, as a medicine for arthritis pain, and as a cold sore and fever blister topical analgesic.

So why is capsaicin hot to our taste buds? Capsaicin from chili peppers binds to a channel protein in specialized sensory nerve cell endings called nociceptors, or pain receptors. These nociceptors respond to painful mechanical, chemical, and thermal stimuli. Once activation has taken place, the channel protein opens and calcium ions flow into the cell, which then causes the nociceptors to send the pain response.

Before going head first into this study, we must understand brown adipose tissue (BAT). BAT’s function is to transfer energy from food into heat, while white adipose tissue (WAT) stores energy as fat. BAT is responsible for non-shivering thermogenesis, and this property is unique to BAT. So, you can look at the brown stuff as the good-type fat tissue and the white stuff as the bad-fat tissue.

According to the Journal of Nutritional Biochemistry, capsaicin is associated with the improvement of obesity and the associated complications. The Journal wanted to understand the anti-obesity mechanism of capsaicin for those with a high fat diet (HFD), so researchers ran a test on mice. The mice were divided into three groups – the control, HFD fed, and capsaicin plus HFD fed – and were administered their respective treatments for three months. 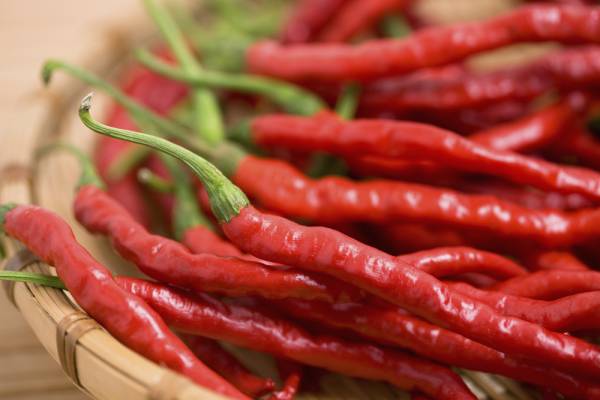 The researchers measured the phenotypic and serum-related biochemical changes. Biochemical phenotype can be described as substances that are required to support growth of an organism. The effect of capsaicin on HFD-induced transcriptional changes in the hypothalamus, white adipose tissue (WAT), brown adipose tissue (BAT), and gut microbial alterations were then evaluated and studied after the measurements of phenotypic and serum related biochemical changes were documented.

The results suggested that capsaicin modulates hypothalamic satiety associated genotype (the genes an organism possesses). It also induces the browning genotype, which causes an increase in BAT (our fat burning fat) and it can also increase the thermogenic and mitochondrial biogenesis genes in BAT. Thus, it can be concluded that capsaicin can be a moderator on how full we feel and when, and it can also increase the right sort of adipose tissue, BAT, in those on a high fat diet.

Capsaicin Increases in the Sensation of Fullness

A research report by Appetite investigated the effects of capsaicin on appetite profile and ad libitum (at one’s pleasure) intake in relation to energy balance. The study used fifteen subjects (seven women and eight men). The age range of the group consisted of 29.7 ± 10.8 years and the BMI of the group was at a range of 23.3 ± 2.9 kg/m2.

The group underwent four conditions in a randomized crossover design in 36-hour sessions in a respiration chamber, in which they received 100% of their daily energy requirements. The group was split up into:

During testing, the capsaicin groups were given a dose of 2.56 mg with every meal. Satiety and fullness were measured every waking hour and before and after every meal using visual analogue scales.

In energy balance, researchers determined that capsaicin added to the diet increases satiety and fullness, and tends to prevent overeating when food intake is ad libitum. After dinner, capsaicin prevents the effects of negative energy balance on the desire to eat. 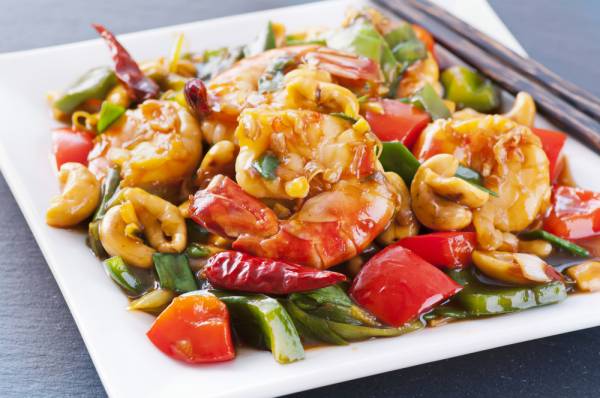 The Capsaicin Take Away

It may be to your benefit to add a little bit of hot and spicy to your meal on occasion. Some people don’t tolerate spicy food as well, but I am not saying add several chili peppers to all your meals (that would be a bit too much for me, and I love spicy food). Just start small.

Spices with capsaicin include paprika, cayenne, crushed red pepper flakes (like what you put on pizza), powdered red pepper, red pepper paste (can be found in many Asian markets), and plain old tried-and-true red peppers, dried or fully grown. If you want to eat out, Korean food uses red pepper paste as a common ingredient. It’s a delicious way to get some capsaicin in your food, but I may be slightly biased since I am half Korean.

Pro Tip: If you cook with dried red peppers, be very careful! Do not overcook them or put them in the microwave until they burn. It will feel like you maced your entire house. How do I know this? My husband did it and when I came home, I was in for a big surprise!

It’s always fun to experiment with cooking and see what will perk up your taste buds. You may make something tasty in the process, and even better, you are making a healthy choice in regard to what you put into your food. Maybe once a week try something spicy enough to taste great, but not give you indigestion – and reap some of the positive benefits of capsaicin.