The two extremes make sense when looking at both ends of the energy continuum. They clearly show the opposite ends of certain qualities and abilities, such as:

Unfortunately, there is also middle ground. This can make the planning of your training details confusing. But it’s also intriguing because it makes you think and learn about energy system training. I’ll admit, black and white are a six inch putt and easily distinguishable, but it’s the gray area that can be exasperating. Is it platinum gray? Is it ash gray? Is it battleship or charcoal gray?

The gray area analogy applies to the inverse relationship that exists between the quality execution of a maximum effort, short-term complex skill (ME-ST-CS) and multiple repetitions. Three factors to consider before moving on:

Regarding fatigue, the greater it is the more it affects the quality of your ME-ST-CS performance and the more it increases your risk of injury. If you’re attempting to perform a ME-ST-CS repetitively over an extended period, two things are inevitable and another is very possible:

Because of the aforementioned, not only will your precise performance suffer, you can increase the chance of becoming injured as you continue the event. Fatigue weakens your muscles. Your muscles cannot contract maximally to protect joints, thus they are rendered vulnerable.

ME-ST-CS demonstrations are skills that entail the total body and precise multiple joint involvement actions to complete them. Successful execution of these movements is highly contingent upon being skilled in these activities and being fresh and unfatigued. Now throw the magnitude of resistance, the nature of the activity, and number of repetitions performed into this discussion. Which of these are safer to perform? 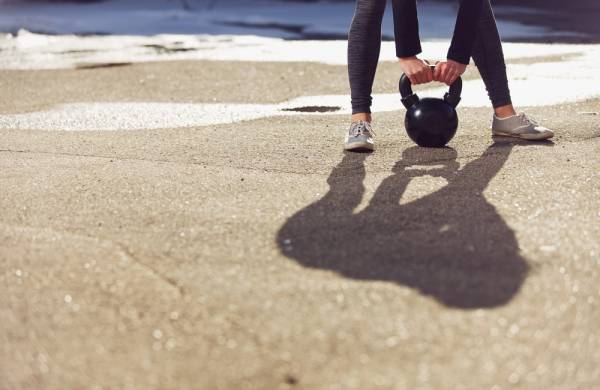 Realistically, the baseball pitch, discus throw, and sixty-meter sprint are low on the resistance magnitude scale and have long rest periods between exertions. Gymnastics maneuvers vary, as they’re bodyweight-only and can be done repetitively within a gymnast’s routine, which lasts under ninety seconds. Interestingly, a baseball pitch is performed on the average of one every twenty seconds in a Major League game. Full recovery of the ATP-PC system responsible for the performance of a pitch takes approximately three minutes, so over time baseball pitchers experience overuse injuries due to the volume of throws and relative minimal rest interval between them.

The execution of the barbell clean and jerk, overhead snatch-grip squat, and kettlebell squat-clean-press represent an interesting situation. The greater the magnitude of resistance, the fewer number of repetitions possible. The lesser the resistance amount, the greater number of repetitions possible. And they are both contingent upon how they are carried out. Performing them repetitively with no rest between executions will result in the following:

Any time resistance beyond bodyweight-only is increased, the greater the stress placed on the musculo-skeletal system, particularly when proper technique is required and fatigue increases. Compare these skills and the potential for injury: 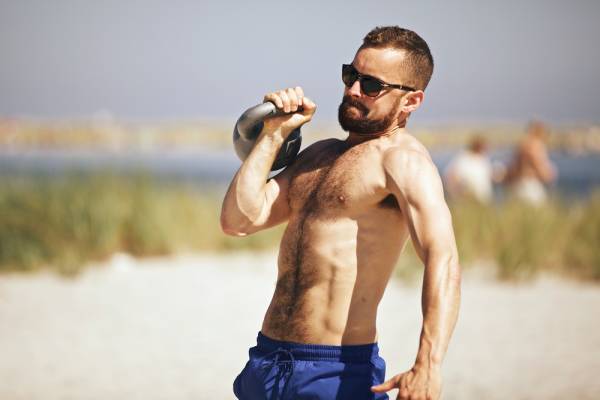 Any complex, precise, and resisted activity cannot be safely performed for an extended period of time. Your technique will deteriorate and the risk for injury will increase with relative resistance amounts and the number of repetitions attempted. Performing complex exercises such as a barbell snatch, clean and jerk, overhead squat, or kettlebell clean and press for multiple repetitions is fatiguing, can lead to a greater chance of form breakdown, and thus can increase the risk of injury.

If you’re attempting to develop energy system proficiency (i.e., ATP-PC, short-term glycolytic, or long-term aerobic), seek out safe and simple exercise modes such as low-impact exercise machines, conventional controlled strength training, swimming, circuit training, or cycling. They can be used to enhance the quality you’re seeking much more safely than resisted complex exercises done for maximal repetitions, all other factors being equal.