The Kettlebell Snatch: A Swing That Ends Up Overhead

For beginners, it is probably best to focus on building a powerful hip hinge movement before moving on to the kettlebell snatch.

StrongFirst Master Instructor Dave Whitley (pictured below) is known for saying that the kettlebell snatch is a swing that ends overhead (he also says the clean is a swing that ends up in the rack). He stresses the motion of the hips in creating the velocity to get the kettlebell overhead. New research that will be soon published in the Journal of Strength and Conditioning Research seems to support this very idea.

Lake, Hetzler, and Lauder investigated the differences in force and velocity parameters of the two-handed kettlebell swing and the overhead snatch. They used the Hardstyle swing, not the competition style or CrossFit overhead swing. All participants were previously experienced in the Hardstyle form of both swing and snatch. Participants were placed on a pressure sensitive plate that measured the force and velocity of the movements (similar to this earlier study discussed here.) 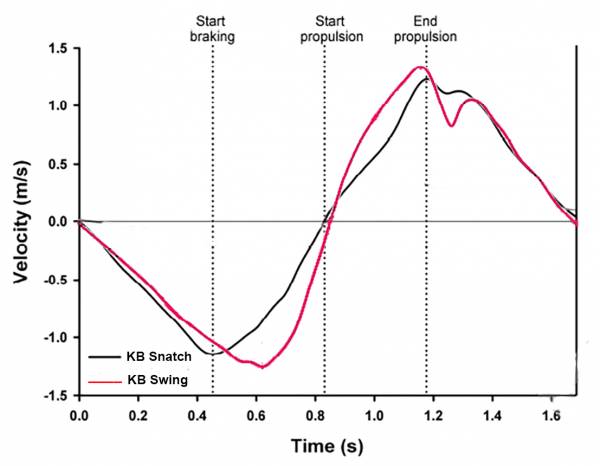 So Is the Snatch the Same as a Swing?

Well, not exactly. However, there are some key components that are the same. Each movement is initiated with an explosive hip hinge. Each movement is ballistic, which means that all the energy is transferred to it at one time rather than continuously (an analogy would be a bullet that is fired). The big difference is that the kettlebell swing follows a trajectory of the arms extended out from the body and the snatch brings the kettlebell closer to the body, a process called taming the arc.

Taming the arc is simply taking the force provided by the explosive hip hinge and slightly redirecting the kettlebell closer to and then over the body. The arms are not there to press the kettlebell, but only to redirect the energy overhead.

Kettlebell expert and coach Jeff Martone long ago designed an exercise sequence that highlights the linkage between the swing and the snatch. He had students perform the following complex:

The high pull involves slightly pulling back when the kettlebell reaches the top of the movement (similar to a horizontal lawn mower pull). The final portion to the snatch is the hand popping upward to catch and mitigate the momentum of the kettlebell swinging backwards onto the forearm. Timing is critical as many beginners bruise their forearms as they learn this movement. Grip is also critical as gripping too much to slow down the kettlebell can lead to ripped callouses. This sequence helps cement in the pattern of the hip hinge, which is needed for all movements.

What This Study Teaches Us About the Swing and Snatch

One of the biggest take-home messages from this study is that the movements are very similar in velocity. When a snatch is done properly, it is very much like a swing that ends overhead (to use Dave Whitley’s phrase). For beginners, it is probably best to focus on building a powerful hip hinge movement before moving on to the kettlebell snatch. Otherwise, new students might be more tempted to use the upper body to complete the movement.

Pavel Tsatsouline, in his book Enter the Kettlebell, suggested that people don’t attempt to snatch until they complete at least one year of swings. I think the main reason for this suggestion is to help people build a strong hip hinge. 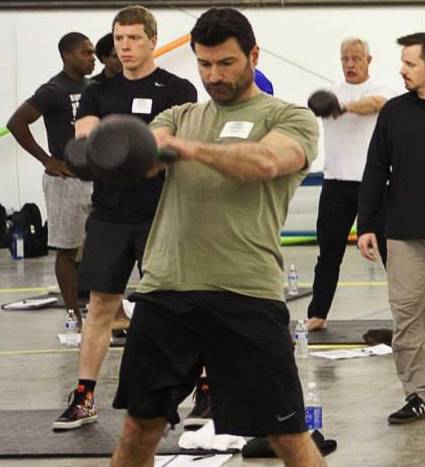 Brandon Heltzer (one of the authors on this new study) has a great article on some guidelines to letting people doing overhead swings. Many of his suggestions deal with mobility in the shoulders and neck. Taking his suggestions a little further, someone who wants to get a kettlebell overhead might want to learn to snatch instead of doing a CrossFit-style swing.