With the popularization of mixed martial arts in the past decade, muay Thai has become quite popular within the American martial arts community. Ten years ago if you wished to learn muay Thai, you would be hard pressed to find a gym that could accommodate you. Now it seems that every gym, including corporate gyms such as Equinox and 24 Hour Fitness, are offering muay Thai classes to their members. While I am all for the popularization of muay Thai, I do worry about the quality of information being taught at some institutions, as generally an increase in quantity leads to a decrease in quality.

The last thing I would want to see is muay Thai become like the Korean martial art of taekwondo. Taekwondo puts heavy emphasis on kicking and when practiced for combat is a very effective fighting system. Unfortunately, nowadays this once beautiful art has become terribly watered down. Now at most taekwondo dojos you find people practicing unrealistic techniques and forms that have virtually no practical application.

It is understandable why muay Thai has become so popular, especially with MMA fighters. It’s simple and effective. You can study muay Thai for a fairly short period of time and be somewhat proficient in the basic strikes. Granted, it takes thousands of repetitions to master these strikes, but it is still an art that can be assimilated quickly. One technique that you will see performed in most MMA fights and certainly every muay Thai fight today is the roundhouse kick.

The muay Thai roundhouse kick is one of the most powerful strikes a person can deliver. Unlike many snapping kicks from other arts that rely on the quadriceps to produce power, the muay Thai kick utilizes the entire body in the movement. The kick derives its power from the rotational movement of the body, mainly the hips and trunk muscles.

The roundhouse is a versatile strike that can be thrown to numerous targets, including the leg (both inner and outer thigh), the body, the neck, and the head. If you are trying to develop your kick you have to make sure to train it on all the various modalities available at your gym. Listed below are several different ways you can train the roundhouse kick.

The heavy bag is truly one of the most important pieces of equipment in a gym. It allows you to take the time necessary to perfect your technique with minimum risk of injury. It also allows you to practice at any level of intensity you desire. Working on the heavy bag will condition your shins, which is extremely important in muay Thai – so kick it hard!

Thai pads simulate dealing with an actual opponent and are a great tool for developing your timing, accuracy, and speed. Another advantage to working on the pads is the advice and correction you receive from your coach or teammate.

Drilling is an absolute must if improvement is your goal. Without drilling you are giving yourself a false sense of security. Drilling is where you learn how to properly execute the technical nuances of the roundhouse kick. For example: learning proper range, balance, properly setting up the strike, and footwork.

As I have mentioned numerous times before, sparring is muay Thai. If you want to learn how to actually use the techniques your coach has taught you, you must spar. Sparring will teach you how to adapt to an opponent and how to utilize the techniques you have spent hours on end honing to perfection.

Shadowboxing is important in any martial art or combat sport. It’s a great way to warm up, but it also allows for the development of cadence. When performed in front of a mirror, shadowboxing allows the practitioner to see the holes and habits in his or her game. 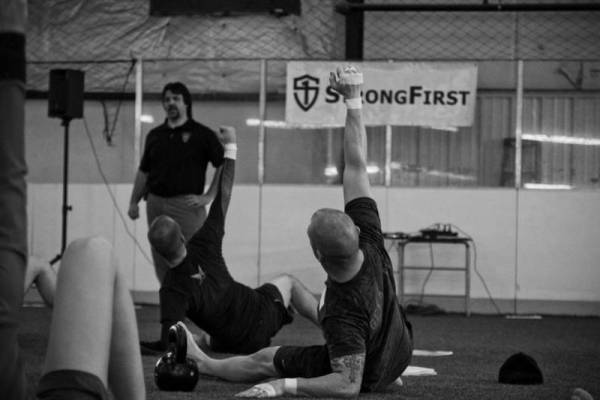 To develop power in the hips and core, practitioners should incorporate both ballistic and slow strength building exercises (grinds) in their training routine. The stronger hip hinge and squat pattern an individual possesses, the better strikes they will be able to deliver. Below is a list of exercises that will aid you in developing a powerful roundhouse kick: