The Other Guys (And Why They Don’t Matter)

Back in 1988, Carl Lewis and Ben Johnson were the two 100-meter dash greats. Carl Lewis was already regarded as one of the best sprinters and jumpers of all time, but Ben Johnson stepped up and broke the world record at the Seoul Olympics that year. (He and five other competitors in that final heat were later found to be doping and his record and medal were stripped, but that’s not the point).

Carl Lewis was stunned. He let Johnson get in his head, and he didn’t run his race. He ran, but not to the level he was capable of. If you study the footage of the race, you can see Lewis actually look over to Johnson’s lane, not once, but two times. Clearly, Lewis wasn’t focused on the task at hand, but instead on an individual over whose performance he had no control. It ultimately affected his performance in the end. He still placed third, but Lewis didn’t get the gold medal he was hoping for that day.

Elite sprinters, like Carl Lewis, are some of the most focused athletes on earth, with the possible exception of competitive weightlifters. Here was a man who was able to train year-in, year-out for four years, with the only goal being a gold medal at the Olympics. His event lasted fewer than ten seconds. There was no room for error if Lewis wanted to achieve his goal, yet he lost focus and missed it. If an elite athlete like Carl Lewis can lose his focus in competition and project it on another individual, it’s not surprising that it other “normal” people do it so frequently. But why? And at what cost?

The Trap of Comparison

It doesn’t take much digging to figure out why we focus on other people instead of ourselves, especially in fitness. All it takes is a trip to the local health club and you’ll see a wealth of body types and sizes, as well as differing strength and fitness levels. There will probably be your stereotypical “beta” males with imaginary lat syndrome who like to wear their wife-beaters and hats backwards. There will also be those who spend an eternity doing “cardio” on an elliptical. Then, there are some genuinely strong and lean individuals, and your (potentially steroid-riddled) bodybuilder types who make you do a double take when you see them. It’s impossible not to compare what you look like to someone else in this setting. But you don’t have to let a simple comparison negatively effect your performance.

Comparisons happen in my part of the woods all the time. Just last week, a female client sat her weight down and dropped her jaw in awe of another individual who was squatting more than her. It wasn’t expressed verbally, but an obvious comparison was being made. I quickly helped this client to focus on her task at hand, which was her own set of goblet squats. “Watching so-and-so won’t make you get any stronger,” I said. And therein lies the problem. If we always focus on what other people are doing, how and when will we know if we are improving given that the only thing we notice is that someone else is better than us? Because I’ve got news for you, Walter Cronkite – someone else will always be better than you. Genetics, upbringing, education, and our accumulation of decisions allow for an infinite amount of possibilities and permutations when it comes to how awesome you become at life.

My Own Battle With Comparison 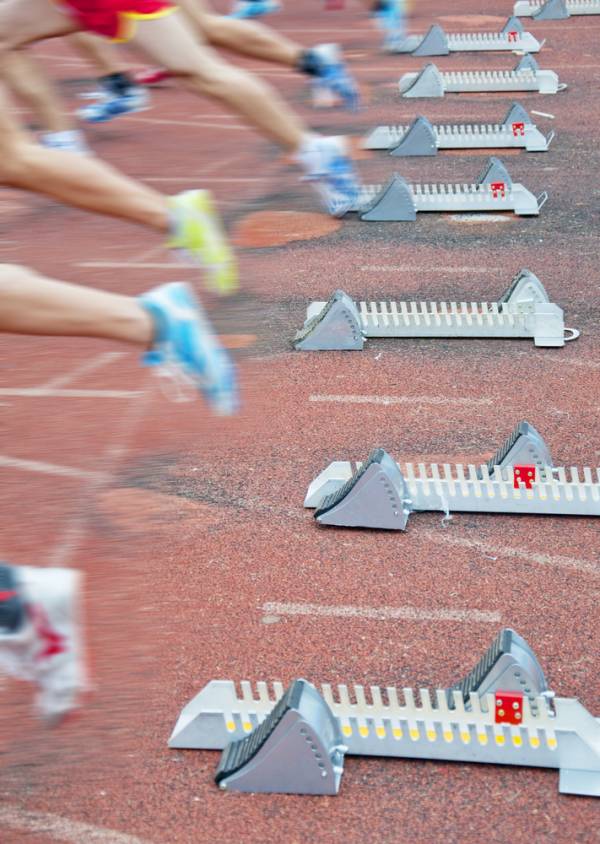 The most humbling example from my life came the year after my hamstring injury. As a freshman in college I had some sizable expectations to live up to. I had a great high school track career and was looking to improve upon it. Even though I had four lifetime bests in four different events in my first collegiate meet, continually meeting my expectations wasn’t in the cards. The following meet I completely ripped my left hammy coming off the corner of the 200-meter dash. I was out for the rest of the season, and was only able to start seriously training again in the fall. The toughest pill to swallow was that guys who I could beat handily the year before were literally running rings around me at practice. I had lost a good chunk of my speed and strength, and was consistently turning in times that were well below what I was running as a freshman – in high school.

To say it was frustrating is the understatement of the year. But that’s not the point. I could have let that frustration get to me and given up after that season. But I chose to put my head down, grit my teeth, push through the pain, and focus only on what was directly front of me on that track – the finish line. I forced any person in the lanes next to me out of my field of vision and focused only on what I was doing. Maybe it was my ego’s way of maintaining its sanity, or maybe it was because I knew deep down that no matter what I did then (or ever, for that matter) that somebody else would always be better at it. Once I accepted that fact, I ran for the sheer joy of it. Talk about a paradigm shift.

The Real Measure of Success

I never did become a champion in college. I did, however, improve upon my lifetime best in the 400-meter dash. Over three years after that initial hamstring tear, as a senior, I bested my previous time in the 400. I wasn’t the best on the team, but I was the best I’d ever been at that point in my life. If that’s not success, than I don’t know what is. 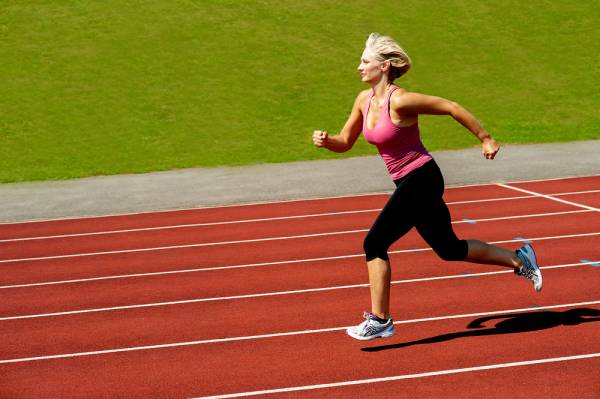 The other guys out there on the track no longer mattered because I had found a sense of inner peace and focus that I had never previously possessed. I encourage everyone reading this to question why you train, like I did with track. Do you have kettlebells on the brain? Or iron in your blood? Do you have an unwavering love for chucking around heavy things in general? Do you like the social aspect of training? Or do you do it in fear of something, such as disease, weight gain, or your doctor? Or maybe you only train with the goal being to look better naked in the mirror. (It’s okay – we all want that.)

Because regardless of your reason, the bottom line is only you can do the work that will make you better. Comparing yourself to another human being with a different set of genes, a different diet and sleep schedule, and a different set of circumstances than your own is like comparing apples to oranges. You can do it, but it’s not going to get you anywhere. You have no control over what that person does, but you have every control over what you do- the food you eat, the sleep you get, the exercise you perform. That is what matters.

Don’t waste time worrying about what the other guys are capable of doing. The realm of fitness is just a metaphor for life. Time on this earth is precious. Spend your time improving in the areas you care about, so you can live a longer, healthier, stronger life. The next time you see your buddy Jill do pull ups or Steve squat twice his bodyweight, it’s okay to think, “That’s impressive.” But follow that thought up with, “Now, let’s see what I can do.”