The Problem of Power, Money, and Integrity in Weightlifting

Every so often we get somebody drifting into our sport who thinks he is going to get rich.

Since I last wrote in this space a week ago, I have been to yet another high-profile competition. Last week it was the youth Pan Americans in Lima, Peru. This week it was the Canadian senior championships in Saskatoon, Saskatchewan.

We had a good mix of youthful athletes on the way up, established stars battling for the medals, and a few older ones still trying to hang on. New athletes keep emerging, but my discussions with many of the old-timers revealed an opposing problem affecting our sport.

The Problem of Exponential Growth

That problem is one that harkens back to my studies at university, where we learned that English economist Robert Malthuspredicted over two centuries ago that the world population would grow exponentially while the food supply would only grow arithmetically. In time, this would cause a colossal hunger crisis. Extend the graph of each function far enough and the results will be plain to see. Now what does this have to do with weightlifting apart from the fact that lifters have tremendous appetites?

The problem is one of managerial and leadership talent. With the CrossFit boom, competitions all over North America now have entry levels at the bursting point. Entry lists of seventy or more are now commonplace, where only a few years ago, meets of twenty or fewer were the norm in many localities.

Legitimate long-term coaches are having a difficult time keeping up with this influx. Some of the slack is now being taken up by 48-hour wonders – coaches who have taken a quickie course in Olympic weightlifting and then are released upon the public. This has been covered already elsewhere, so I will not dwell on here.

What I will dwell on is the current shortage of officiating and administration personnel. These two categories have definitely not grown as quickly as the athlete contingent. While this creates problems in staffing competitions with the appropriate number of officials, it is also causing another more insidious problem. While the sport once had to rely on long-time members to fill these roles (after their lifting days were over), nowadays these roles are often filled by newcomers with varying types of motivation.

Power and Money in the Sport of Weightlifting

Of particular concern to my colleagues and myself is the potential for managerial integrity to deteriorate as more people with unknown pasts are coaxed into these positions of responsibility. Of even greater concern are those with no past in the sport who actively pursue positions of power in our sport.

You always have to be wary of the reasons why someone with no background in a sport would suddenly want to take on the required work. What drives him or her? I believe the answer lies in some of the revenues that are now possible in our sport. Back in the Neolithic age (the 1960s), entry fees were commonly only one or two dollars for a competition. This was collected often from fewer than twenty athletes. Not much to play with there.

Contrast this with today, inflation notwithstanding, where entry fees of $70 no longer cause any one of the eighty entrants to even blink. In addition to that, in many Canadian provinces, the government will also fund the weightlifting association, in some cases up to six figures a year. It doesn’t take a forensic psychologist to figure out that this kind of money just might attract the wrong people. 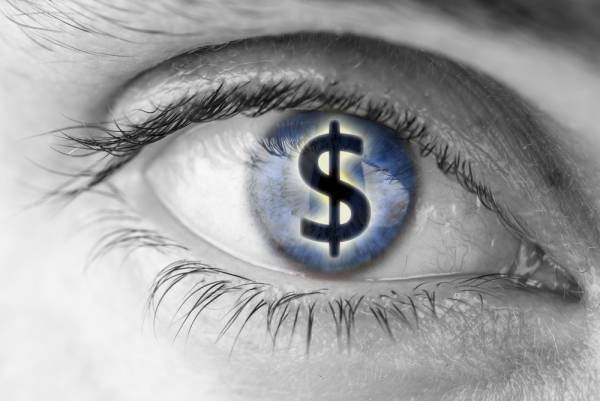 In addition, it’s now possible to sometimes pay our technical officials. Nobody will get rich performing these jobs, but often you get fed and maybe get a bit of gas and hotel money. This is a lot more than what we ever got in the old days. We worked for nothing because we were a part of the sport since adolescence and happily contributed our time to an activity that had been so much to us for so many years. Now we are in a situation where some of the officials, mostly newer ones, demand to be fully paid for their travel and meals. While it’s nice to get a few extra bucks, my biggest concern is the loss of professionalism and integrity in those who are supposed to embody these very qualities.

There Is No Get-Rich-Quick in Weightlifting

Every so often we get somebody drifting into our sport who thinks he is going to get rich. People like this seem to come in regular intervals, but each one does not learn from the last. Weightlifting administration is not a place to get wealthy, even with today’s larger revenues. These people forget that larger revenues always beget larger expenses, leaving little if any profit. They only see the revenue and only think of their own greed. Often these people are charming and that is what allows them to work their way into the ruling councils of the sport. And, unfortunately, our sport’s nature has long made it a gathering depot for narcissists who tend to be out only for themselves.

I can’t say much to these people or to their short-term followers that has not been said before. What should be noted, though, is that not one of these types ever seems to get in a provincial, state, or national hall of fame; none of them make a lot of money, although they may steal a lot in the meantime; and most do not last long in the sport before they’re hounded out to find easier pickings elsewhere.

The most important outcome of all is that few of them ever end up with, and keep, a lot of friends in weightlifting. Anybody thinking of fleecing the sport for his own gain had better think otherwise. Sooner or later, he will be told to show everyone his ass and never return. This is not wishful thinking. This is inevitable. As Abraham Lincoln famously said, “You can fool some of the people all of the time, and all the people some of the time, but you cannot fool all the people all the time.”

Integrity Is Our Commodity

When speaking as weightlifting official, I have always emphasized that there’s really only one product we are selling to our associations. It is not our knowledge and expertise with the rules. Not really. It is our integrity. That is all we have to offer, but it is a mighty big commodity.

I am always careful to remove those identifying badges from my uniform before stepping into the chair. Anyone officiating in the Olympics is not even an International Weightlifting Federation official. He or she is an IOC official. Your job is not to help your country’s lifters via your officiating. You have no country or team when you are sitting in the chair. By bending the rules for your team, you may be popular in the short term, but you will not ultimately prosper personally. By doing so you have given away your integrity for a mess of pottage.

If you don’t believe me just run down the list of any sport’s hall of fame. The one thing the members all have in common is high integrity. Few charlatans seem to be listed. Ignore that fact at your peril.