What are you made of? Why are you here, and when it comes to your fitness, why do you do what it is you do?

These are questions we should always be asking ourselves, especially when it comes to our quest for better fitness. Why do we do CrossFit, or weightlifting, or Tough Mudder races? What is it we’re after? Aesthetics? Or is it more than that?

Last week as I prepared for one of the NPGL broadcasts, I, along with some of the others on the Grid production team had a chance to meet with James Fitzgerald, creator and director of the OPT system. He is, coincidentally, coach of and player on the Phoenix Rise, the grid league team that was competing that day.

We asked him about training his team and he mentioned the idea of testing out the horizons of comfort with his athletes, finding their limits and then pushing through them. It reminded me of this video that his media team produced a couple of years ago:

In it, he said this: “Each time I get into discomfort, I learn from it.”

Without succumbing to hyperbole, this is a particularly mind-blowing statement. We all know the feeling of discomfort when training, during a tough workout or when our muscles are screaming for relief under the strain of the 27th, 28th, or 29th squat clean. We want to quit. We want to accept second best. We want to rest, to get out of discomfort. Our very lungs demand it.

If you think about it, being comfortable is our stasis, or equilibrium. It’s the state that we, either consciously or unconsciously, seek out at all times. If the body says it’s hungry, we seek out food. If the body says it’s tired, we seek out rest. If we’re in pain, we seek to alleviate the pain. We want to get back to the place of equilibrium so that the discomfort stops. That’s not being weak-willed, friends, that’s hard-wired instinct.

But what if you embrace the discomfort? Not just in fitness, but in life? Isn’t that how we find out what we’re really made of? Whether it’s taking a risk and trying out for a team even when the odds say you’ll never make it, going back to college at the age of sixty, or embarking on a whole new career.

Bruce Springsteen wrote a song after 9/11 about the firefighters at Ground Zero who charged into the fire. He was particularly struck by their willingness to embrace the fear, the uncertainty, and almost certain calamity. He sings of rushing “up the stairs, into the fire,” a cadence that repeats with increasing intensity as the song progresses. When everyone else was running from it, the firefighters ran into it.

There is something almost mystical about those who are willing to go headfirst into the fire. It evidences people willing to become the best possible version of themselves that they can be. Those firefighters on 9/11 found out, unequivocally, what they were made of on that day.

Fitzgerald goes on in his video to say this in regard to the learning from the discomfort, “I learn about what I’m made of…about what I’m afraid of.” He describes fitness, for him, as spiritual. He approaches the workouts, the pushing into the pain, and the results, as life lessons.

Maybe you are someone who started CrossFit to get healthy and have lost sixty pounds or more. How many inspiring stories or before-and-after pictures have we seen where people’s lives have been transformed through proper training, coaching, and nutrition at a CrossFit or other strength and conditioning facility?

Or maybe you were already fit and you just got better becoming a regional level or CrossFit Games athlete. You went from being someone like me, once in his twenties and barely able to walk to the mailbox without huffing, to a 51-year-old competing on the national stage.

Think about this. You’ve taken control of your own physical health. The world around you is dissolving into a vat of sugar-laden obesity, and you have decided, on a cellular level, to wrestle control of your body’s future from advertisers and big food. You’ve embraced organic eating and educated yourself on how your body actually works, while much of the country is the walking dead. 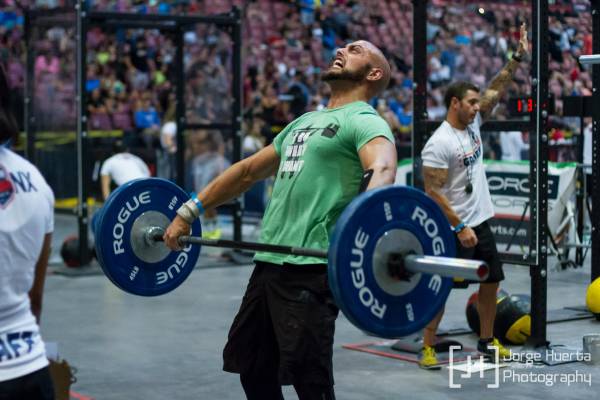 Yes, we can quantify fitness as “increased work capacity across broad time and modal domains,” but it is much more than that. That’s the engineer’s definition. It’s dry. Fitness is finding you, after all this time, and determining what you are capable of. It’s bending down to pick up your grandchild without strain. Standing up against bullies, abusers, or some outside aggressor. It’s looking in the mirror and looking, not avoiding eye contact with your own body because you don’t like how you look.

Fitness not only keeps you alive, it gives you the tools to make you better. The confidence, the strength, the knowledge. Fit people are not just survivors, they thrive.

Fitness truly is what James Fitzgerald described – getting familiar with what feels uncomfortable and learning from it. Learning what you are made of, what you are afraid of, and using the tools of fitness to become the best version of you that you can possibly be – in the gym, and in life.