I encourage everyone to analyze the true contribution of a new trend to your training before committing to long-term implementation.

In part one Historical Perspectives I shared a historical review of single leg training. In this second installment, I will focus on what I call the overreactions to the single-leg training trend that I triggered with my published works in the late 1990s onwards.

The Trend of Overreaction to Trends

In the late 1990s, I introduced the concept of human overreaction to new trends, influenced by my study of futurism:

I encouraged those in the training world to act with discernment and objectively analyze the true contribution of a new trend to their training before fully committing to long-term implementation of the trend.

It is also appropriate to remind you of the natural human and social reactions – overreaction in the short term and an under-reaction in the long term. When a new thing becomes popular, many over promote it and many over use it. After a while they become disillusioned or bored, and then under use it.

Instead of going through this yo-yo response, I encourage you to objectively analyze any new trend. Ask yourself, what application would that have for me? Cut out any marketing hype or the opinions of others. Ask and answer the question yourself with complete objectivity. If you can do this exercise, I believe you will save yourself a lot of time and energy.2

I am doing the same now, in the hope that you may be inspired to give objective review to what does or doesn’t serve you as it relates to single-leg training. To achieve this, I have selected a number of trends that I have observed, often supported by compliance-seeking emotive writings or dogma – and I will share my perspective on them. Each of these points or myths deserves deeper discussion in the appropriate forum. But for now I raise them to challenge you to think for yourself.

So in the following I will challenge what now appears to be entrenched paradigms about single-leg training that in many cases I suggest are nothing more than myths.

This is one of the more entrenched myths presented as dogma – that you should and need to do single-leg training because it is more functional. To expedite this discussion, I am going to define the word functional as a synonym for the 1990s catch-cry and justification for any exercise you chose – specific.

Functional as it is popularly used is nothing more than an extension of the over-application of the term and concept ‘specificity’ – which preceded ‘functional’ in terms of being the dominant trend term and concept – and also assumes an outcome. To claim an exercise or training method is ‘specific’ relies on an assumption that you know how any given person will respond to the exercise or training method, and that you know in advance that this adaptation will enhance their ability to perform a specific task or sport.3

There is a time and place for both unilateral and bilateral. I do not support generalizing to all people all the time by saying one is superior. The specificity, or more importantly transfer, from a strength exercise to any specific sporting or functional movement is a lot more complex than many are led to believe. This is a subject to which we could dedicate considerable time. 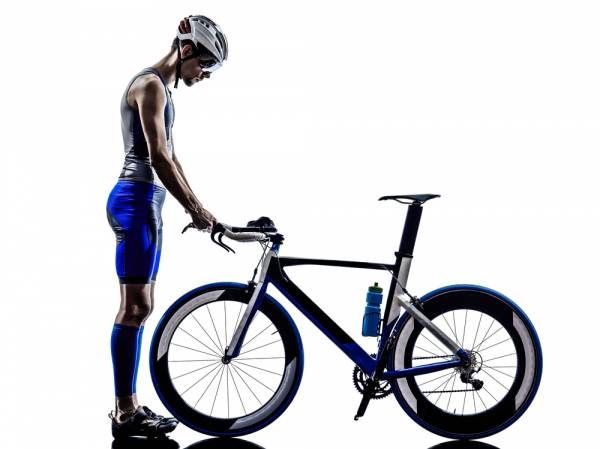 Do Single-Leg Exercise Because Most Human Movement Uses One Leg

This is an extension of the above point that deserves separate focus. I have read this theory too many times, typically presented by a person who is teaching unilateral exercises because they know it is popular. Not because their intuition in training led them to unilateral training before single-leg training reached the tipping point of popularity.

Again this debate risks opening up a Pandora’s box of the difference between what appears specific to the average thinker and what provides the most superior transfer. As a guideline to commence a more objective approach to this, I recommend you become familiar with my specificity continuum and for my hierarchical approach to strength training variables specificity.4 For example, I challenge the superior transfer to sprinting from combined training of sprinting and single-leg exercises over the combined training of sprinting and double-leg exercises with greater loading.

You Don’t Need the Loading Offered by Bilateral Exercises

Generally speaking, I believe it is accurate to state that your load potential is greater with two legs working together in absolute terms. I always refer back to the dominant term describing the training effects of strength training – neuromuscular. In other words, the training of the nervous system in a non-specific way is a training effect that you potentially lose when you compromise on load.

When an overreaction to load or bilateral exercise avoidance occurs, you are denying yourself of 50% of the potential training benefits of strength training. Many highly successful coaches have achieved world-leading on-field success with loaded bilateral movements, not the least the late great Canadian speed coach Charlie Francis.

Make Up for Absence of Overload by Going Heavy on Unilateral

I often see writers glorify how strong their athletes are in unilateral leg exercises, stating how much they can lift. Without seeking to get too deep on this subject, I want to clarify that the purposes for which I developed unilateral leg training options did not include maximal loading. My intent was to return to more conventional bilateral movements to achieve loading. There are dubious benefits being claimed for maximal loaded single-leg strength exercises, and a host of technical and injury risk factors that warrant further discussion. 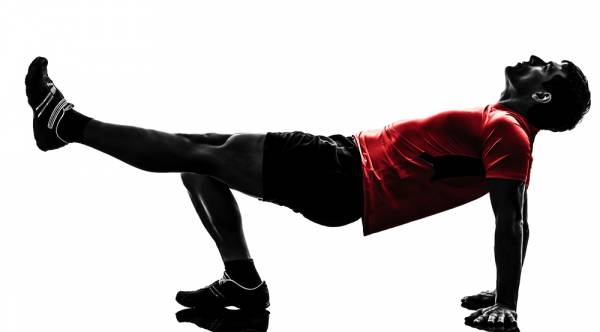 You Have to Train Multiple Planes in One Exercise

This myth applies not only to unilateral exercises, but also to bilateral exercises. The paradigm that superior benefits are gained from multi-planar movements is a very flawed proposal. In its simplest form, this focus or expectation dilutes the primary focus and results in a compromise in training effects. Generally speaking, there is no evidence of the superior transfer of these movements to sport or function. There is a lot of space between what sounds great in theory and the reality of the efficacy of the theory.

Only Multi-Joint Exercises Should Be Done

This is another myth that applies both to unilateral and bilateral exercises. This is another great example of overreacting by humans as it applies to strength training. Again, while is sounds great in theory, there is nothing substantial in this dogma that would lead me to embrace it. In my opinion, the time-tested teaching and learning philosophy of moving from isolated to compound movements is not overridden by this new age myth.

Only Closed-Chain Kinetic Exercises (on Your Feet) Should Be Done

This is yet another of these more recent paradigms that affect the choices made in relation to both unilateral and bilateral exercises. I have watched this theory gain momentum since the late 1990s. I believe it is another misleading trend that denies many the fuller potential of training effects on offer when a more open-minded and objective approach is taken to exercise selection and strength training periodization. You will note many of my unilateral leg innovations are single joint and (God forbid) open-chain kinetic (off your feet) exercises.

A unilateral movement is just that – one leg only. When you load in a split stance you have the choice of sharing the load between legs, and typically do. In fact, depending on a variety of factors, you may actually be load sharing in a manner that you are completely unaware of. This typically explains why sometimes you are doing these movements and the intended working leg is not getting as tired or sore as the intended non-working leg. I call movements such as these semi-unilateral. They have their place – you will simply benefit from being aware of this distinction. 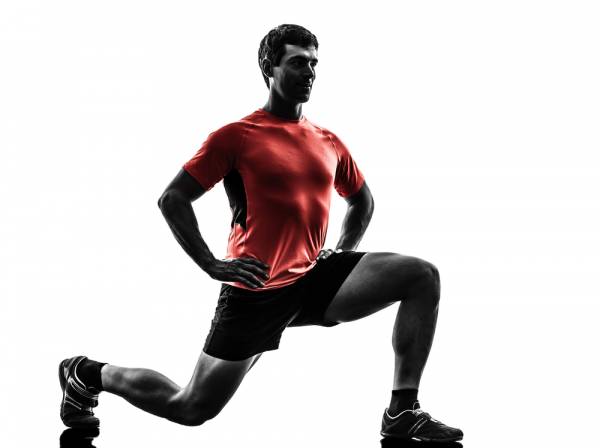 In relation to being guaranteed to fix imbalances, strength training is not the exclusive factor contributing to or causing injuries or injury potential. Of equal if not greater contribution is connective tissue length (flexibility) and tension. Strength training, even if it is unilateral leg exercises, does not typically improve either length or tension imbalances or shortfalls. In fact it typically affects them in the downward trajectory. Therefore, for that reason alone, unilateral leg exercises in themselves cannot be expected to guarantee to fix imbalances.

You Must Hold a Trendy Tool While Doing Unilateral Movements

As new training tools (or toys, depending on your perspective) come on to the market it is in some ways comical to watch people not only find ways to integrate them into the trend of single-leg training, but to make claims as to their superiority and necessity. To me, this is an exercise in not thinking – being a consumer victim.

You do not need to be using any trendy toy like a child holding a favorite blanket. It is okay for you to do your unilateral movements using old-fashioned approaches, such as bodyweight, dumbbells in the hand, or ankle weights on the leg. You don’t need to be flipping a rope, sitting on a Swiss ball, balancing on a Bosu ball, or throwing kettlebells around. You won’t get struck by lightning. Not only is it okay to utilize loading or equipment of your choosing relative to your needs, but it will give you superior training results to do so.

I’ve shared the above with you as some insights into what I describe as overreactions that have turned into dogmatic paradigms about an incredibly valuable training method, single-leg training. In the first part of this series, I spoke of the absence of single-leg training in programs up until about 2000. This was not a criticism per se, rather a message of how easy it is to fall into the trap of following the trend, only to look back a short period of time later and realize that you were misguided. A more objective approach in the present can circumvent that regret.

In the next installment 7 Key Practical Strategies I will share some specific guidelines of how you can make the most of this training method.

4. King, I., 1999/2000, Foundations of physical preparation, Relative application of the principle of specificity to the dominant physical qualities p.35, Fig 4.