What Physical Therapy Taught Me About Being Strong

What do an athlete and a 65-year old with a knee replacement have in common? A lot more than you think, from my perspective working in injury and surgery rehab.

One of the most valuable lessons my time in the clinic has taught me is that despite all of our differences and no matter how unique our personal musculoskeletal structures and nervous systems may be, we’re all different versions of the same machine.

One of the most valuable lessons my time in the clinic has taught me is that despite all of our differences and no matter how unique our personal musculoskeletal structures and nervous systems may be, we’re all different versions of the same machine.

It’s easy for most of us to understand how an athlete’s rehab may be relevant to other athletes. Understanding the relevance of a 65-year-old with a knee replacement? Not so much. The thing is, regardless of your body or your goals, there are common themes governing human function and performance that we can all learn from.

In post surgical rehab, the primary goal is always reclaiming your lost range of motion. When someone takes a scalpel to your joint, your body gets a little upset about it and has all sorts of nasty inflammatory responses that lead to stiffness, swelling, and scarring. A lot of this stuff impedes movement of the joint, and as such, the first step in any post-surgical rehab is to reestablish baseline range of motion.

Many of us are lacking crucial ranges of motion in our shoulders, hips, and vertebrae despite never having undergone surgery. When your joint has been surgically compromised you have no choice but to take it slow and go step by step. Most surgeons have specific, goal-oriented protocols that will not allow the patients to progress to the next stage until certain performance criteria have been met.

A lot of us feel that we don’t have that kind of time. Regardless of whether you’re a D1 football player going to the pros or a weekend warrior competing in your first CrossFit competition, you need to possess healthy ranges of motion in all of your joints.

If you don’t, you’re a ticking time bomb and eventually you will get hurt. The worst part is that you might not know it until ten years from now when it’s far too late to do anything to correct it.

Strength Is the Ultimate Solution

Once you have the requisite joint mobility, strength becomes the primary goal of any course of rehabilitation. We all have different ideas of what strength means and we all like to think that there are varying definitions of strength, but I don’t see it that way.

Strength is the ability to overcome resistance. It doesn’t matter if the resistance comes from a band, a barbell, or gravity against your body. If you aren’t exercising against resistance, then you are not becoming stronger. 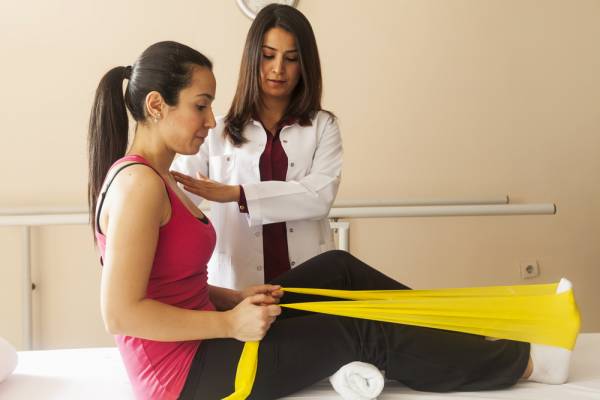 Strength is the single greatest predictor of both resistance to athletic injury and the ability to perform activities of daily life. All objective measurements used in outpatient orthopedic rehab are strength tests and the majority of exercises are strength based.

It doesn’t matter whether the task is to dynamically stabilize your knee as you land, pivot, and shoot the ball or if you’re simply trying to reach that box of oatmeal on the top shelf. If you don’t have the requisite strength, your body simply won’t move.

If you’ve been working at a desk for the last twenty years of your life and you decide to get up and start running, guess what? There’s a good chance you’re going to get injured. Is it a definite?

No, but if you haven’t worked out in an extended period of time and you’ve never been a runner, it is incredibly unlikely (bordering on impossible) that your body has the strength to simply maintain proper athletic posture as you run. Poor posture leads to poor movement, which leads to compensation patterns and ultimately injury.

Strength training is often boring and highly repetitive. The average post-surgical ACL patient needs six to twelve months before he or she is strong enough to feel 100% on the field again. Strength training, humorously enough, is more like a marathon than a sprint.

Slow, steady progress with deliberate goals yields the best result. If you keep failing at something, then work on your strength in the relevant muscles. Six months from now, you might surprise yourself.

I used to work with a therapist who was adored by his patients, but loathed by his colleagues. He always opted for complex interventions and fancy, flashy exercise programs that were exciting and fun. He also had significantly higher rates of re-injury not only his athletes, but in his adult and elderly patients as well. He was a smart guy, but he let his ego affect his work.

There’s no reason for someone who just had a total knee arthroplasty to be performing multi-directional lunges when he or she specified his or her primary goal as being able to go up and down stairs and sit down without pain.

This physical therapist did a disservice to his patients not only by giving sub-par care, but by propagating the idea that flashy and exciting was more effective than the gold-standard movements – thereby making his patients suspicious of anyone who treats in a less flashy manner. 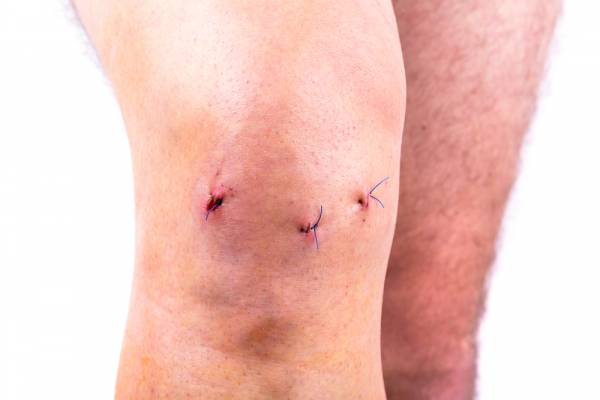 Move quickly with a goal of moving quicker over time. Lose weight? Take in fewer calories than you expend. There’s an army of snake-oil salesmen with shredded physiques and too-perfect smiles ready to sell you their cure-all panacea, but we should all be smarter than that.

You Are the Single Most Important Variable

One of the funny things about therapy is that you learn to recognize surgeries by the scars they leave. Even the patients can do it. Frequently a patient will see someone else with what appears to be the same scar and/or brace performing advanced exercises and he or she will ask me what happened to that person. I can’t legally answer that question, but it’s not really what my client is asking anyway.

What my patient wants to know is why that person with the same injury can do things that he or she can’t. The answer is usually simple and often frustrating: because they’re them and you’re you. That can mean anything from differences in motivation and work ethic to genetic differences in physical capacity. Or it could be as simple as having different surgeons with different protocols.

The take-home point remains the same: you are the only measuring stick that matters. Comparing yourself against others is pointless, both because it has no scientific basis and because frequently all it leads to is frustration. Progress is relative. Take pride in how far you’ve come relative to where you were. Everything else is just noise.

The Take-Home About Therapy Versus Training

Despite what anyone says, physical therapy and performance training are far from the same thing. But that doesn’t mean the lessons learned in one environment can’t benefit those interested in the other. If you keep these basic principles in mind, you will significantly improve both your athletic performance and your overall health.