When a Single Moment Is the Difference Between Winning and Losing

Oh the heartache when a single-rep makes the difference in winning and losing. In truth, the story is much larger.

Phoenix had it won. Race eleven of the semifinal match between the San Francisco Fire and the Phoenix Rise was so close. All either team needed to do was win race eleven and they would move on to the championship in Los Angeles, California. And Phoenix had it.

The Difference Between Winning and Losing

From the moment Danny Nichols moved 500 pounds across the grid eclipsing the Fire’s Sam Dancer’s efforts, Phoenix was a few reps ahead. Once Bryan Miller got to the rope climbs, it was all but over. Emily Pale, the Rise’s steady, consistent star all season, reached the ten-inch deficit handstand push ups first and began banging them out. About five reps into the ten reps required, the Fire’s Annie Sakamoto reached that station as well.

What happened next is where joy gives way to heartbreak, where fever-pitched adrenalin yields to panic. Emily reached fatigue with two reps left. Her judge held up a hand showing two fingers as she went back on the wall and tried – and failed – again. Sakamoto’s judge, meanwhile, had a single finger in the air signaling one final rep to be done. When Sakamoto failed, she sprinted back to the line and Cheryl Brost came in to finish the handstand push up station. Emily Pale was left on the grid with two reps remaining. The Fire won the race and the match – and advances to the championship.

The images that filtered into the video monitors following the race are the kinds of images that tear at the heartstrings of any parent, any coach, or hell, any human being. Emily Pale, with her face buried in her jersey and the shoulder of a teammate, weeping uncontrollably. For any of us who have even been in that position, where seemingly a single-rep makes the difference between winning and losing, you know that heartache. “I had it guys. I couldn’t hold on. I had it. I am sorry.”

In 2003, Steve Bartman was just another baseball fan. By the end of the sixth game of the major league baseball playoffs between the Chicago Cubs and the Florida Marlins, Bartman’s life would be changed forever. He was a villain.

In game six, with the Cubs holding a 3-2 series over the Marlins, the score was 3-0 Cubs. In the eighth inning, Bartman and a handful of other fans reached out over the wall at Wrigley Field to try to snag a ball coming into the stands off the bat of Luis Castillo. Cubs outfielder Moises Alou was also making a beeline for the ball and with glove outstretched.

Their worlds collided, literally, as Alou watched in disbelief as Bartman deflected the ball into the stands. Had Alou caught the ball, it would have been the second out in the inning, and the Cubs would have been just four outs away from winning their first National League title since 1945.

Almost immediately, Bartman drew the ire of the entire stadium who seemed to be channeling Alou’s rage at him for deflecting the ball. He had to be escorted from his seat among debris and jeers and needed a police escort to get home. It wasn’t long before he was receiving death threats.

The entire historical episode is the subject of a fascinating documentary called Catching Hell. I highly recommend watching it because what is derived from this film is the message that it’s never just that one snapshot of time that defines a win or a loss.

The documentary smartly points out a number of errors leading up to the Bartman incident, any one of which being eliminated might have resulted in a Cubs win. Moreover, after the Bartman deflection, the Cubs collapsed. There were eight runs given up after that, which lead to a Marlins win in game six, which then gave way to a seventh game. The Cubs could have won game seven, but, alas, they lost to Florida and the Marlins won the pennant.

The Snapshot Never Tells the Story

Any shift, any minor change in the cogs of the machine, and the outcome might be different.  Why then was the laser trained on Bartman? Why in a season-long serpentine of succeeding dominoes falling was the Bartman incident singled out as the sole reason the Cub’s train derailed on the way to the World Series?

It’s because we as fans, coaches, people need a reason – an “if only…” – to make sense of the process. We see the “The Drive” by the 1987 Broncos as the single reason the Browns failed to go to the Super bowl. But we fail to acknowledge that had the Browns put Denver away in that playoff game, “The Drive” would have been irrelevant. Bob Tway sinks a greenside bunker shot to edge out Greg Norman in the 1986 PGA Championship and it’s seen as one of the most memorable golf shots in history – but it needn’t have come down to that single shot.

The snapshot never tells the story. The handstand push ups in race eleven of Phoenix versus San Francisco do not tell the story. The story is much larger. 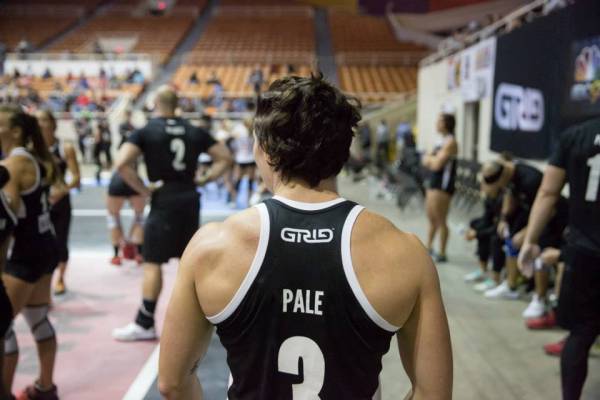 In other words, Emily Pale, you should have nothing but pride in your performance for the Phoenix Rise from day one through the final thrusters in Q4 against the Fire. What you did, and what your teammates did, is what Grid is all about. You laid it all out there, every rep, every race, every match. There is no “if only” here, and I hope you know that. I, for one, look forward to watching you continue to dominate the sport of Grid along with the Phoenix Rise for many years to come.