Where Sweets and Satan Collide

In modern nutritional mythology, sugar is the new bogeyman.

For all of human history, every culture has crafted mythical tales of monsters, villains, and archenemies to heighten our experience as mortals and display our individual plight. Many of these cautionary tales exist in a universe that is plagued with evil and potential threat around every corner– the bogeyman, vengeful ghosts, and beasts who threaten to steal our children.

The antagonist in our modern-day narrative is sugar. This devilish poison sits at the center of an eternal battle, as it tempts and tortures more than 66 percent of society with demonic allure.

Every great story also requires a protagonist, and the modern mythology of nutrition is no exception. The heroes of the nutritional pantheon are “superfoods.” These caped crusaders act as guardian angels and protectors of our health. We are instructed to worship these foods and use them as medicine to enhance our vitality and extend our longevity.

It has become a battle of Biblical proportions.

Don’t let the pretty colors fool you. This cake is trying to kill you. Food Babe said so.

When a hero is faced with danger, his supporting cast rallies in support. In contemporary narratives, a community defends their hero in long, unresolved comment threads on social media.

Online activists like Food Babe and her followers (appropriately named the Food Babe Army) have declared war against food companies. They claim to be fighting for the health and wellbeing of the poor and unfortunate souls who are exposed to chemicals, antibiotics, and GMOs, oh my! Armed with arguments from ignorance, naturalistic fallacies, and misinterpreted facts, they use scare tactics to threaten and bully companies into changing well-established safe practices and cutting evil profit margins.

A New Front in the War

The latest war banner has been flown by CrossFit, Inc., which issued its own call-to-arms in the onslaught against sugar, specifically the sugary beverage industry. They are neither the first nor the last to do so, but they may be the most aggressive.

With investigative-style press releases and trolling skills that are the envy of presidential campaigns, they have rallied the fitness industry to take up their torches and pitchforks and bring Coca-Cola to the metaphorical noose. Their multifaceted strategy attacks donation trails, advertising campaigns targeting children, and provides scientific “proof” that sugar is dangerous.

As with any great mythological story, there is a kernel of truth at the center. Not all of CrossFit’s attacks on Coca-Cola are unfounded, and the public has a right to the facts they’ve brought to light. The American College of Sports Medicine (ACSM) has had a semi-unethical relationship with the beverage company.

But there is an underlying motive for CrossFit’s fervor, and it’s not just the noble love of those affected negatively by the diabolical agent of diabetic destruction that is sucrose. Coke and the ACSM are lobbying for regulation of fitness professionals that would affect CrossFit’s business model by requiring additional certification fees in order to own, operate, and work in one of the thousands of CrossFit affiliates. This is a battle about the bottom line, as much as it is about the waistline. 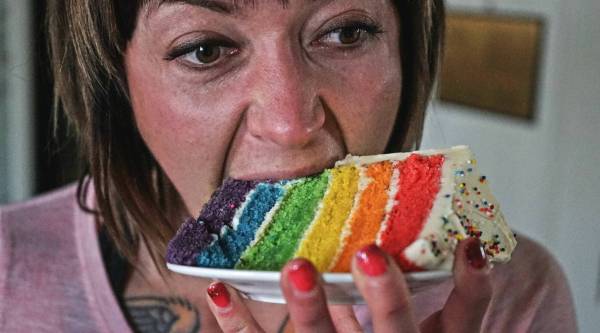 Arguing the relative health value of food is misleading. Most people would agree that a Snickers bar is “junk food,” based on its high sugar content and the chemicals used to keep it fresh. Using the same logic, kale is regarded as one of the healthiest, nutrient-dense superfoods we can consume, leading people to suck it down in liquid form like the hipster version of a wheatgrass shot.

But health can only be defined in context of the individual. For a starving child on the verge of death because of malnutrition, which of the two products described above would be “healthier?” The healthiest option is arguably the one that packs the most usable energy and keeps you alive. The “junk food,” in this context, becomes life-saving junk food. Maybe even health food, if health is defined as staying alive.

This scenario is not so farfetched. In fact, the use of candy bars as life-saving nutrition is well documented, from famine in West Africa, to the internment camps of World War II, to the battlefields of Vietnam, Korea. Some might argue that these are extreme examples, but they are no more so than the dramatic correlations being used by people who demonize sugar.

There is not a single cause that leads to poor health, but it is easy to demonize a whole group of things using fear. On its own, sugar is neither a “health food” nor the devil incarnate. It is the abuse of sugar by people who are already dysfunctional and sedentary that is linked to countless health problems. That abuse can be considered a predictor for future dysfunctions, such as Alzheimer’s disease and cancer.

Beneath the slander and social media shenanigans lies the core question: “Is sugar really toxic?”

That depends. First, we have to define the type of toxicity: acute or chronic. This distinction takes us away from the realm of fear-mongering news headlines and into a world of more objective science. Water can be fatally “toxic,” but it, like everything else, is dose dependent. Unlike some over-the-counter pharmaceuticals like aspirin, sugar is not acutely toxic, meaning you cannot ingest enough in one sitting to cause death.

However, sufficient research suggests sugar is chronically toxic, meaning that consistent dosing in excess of recommended amounts is harmful. Along with specific lifestyle factors, chronic abuse of sugar reduces the function of the liver by bombarding hepatocytes (liver cells). This negatively affects the metabolism by forcing it to constantly produce insulin, which severely taxes the pancreas and creates a vicious cycle of overuse.

This is where lifestyle factors and genetic predisposition (i.e., individual context) come into play. Everyone processes “toxins” differently. Some lifetime smokers have no sign of lung cancer, and there are alcoholics with zero liver dysfunction. Conversely, many have overdosed on recommended amounts of drugs prescribed by physicians. The trick is to figure out your sensitivity to sugar and then delineate appropriately.

Rather than adopting a nonsensical zero-tolerance policy, it is useful to think of sugar like alcohol: a treat that can enhance an experience. It’s much the same as a glass of whiskey with an old friend, or a birthday cake with your daughter, or hell – even a Coca-Cola on a five-hour bike ride in the middle of nowhere. These things are what make life worth living, even for people concerned with physical fitness and health. Yes, they can be abused. No, they are not toxic, in those contexts. 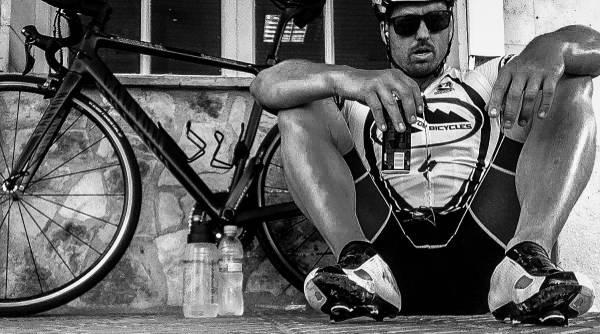 This cyclist is not going to become a diabetic or get cancer from the sugary drink in his hand.

Dr. Peter Attia is the founder of Attia Medical, PC, a medical practice focusing on the applied science of longevity and optimal performance. His perspective of the war on sugar is profound:

“What I find frustrating about this debate is that most people yelling and screaming don’t fully define the terms… The wrong question is being asked. “Is sugar toxic?” is a silly question. Why? Because it lacks context. Is water toxic? Is oxygen toxic? These are equally silly questions… Both oxygen and water are essential for life (sugar, by the way, is not). But both oxygen and water are toxic – yes, lethal – at high enough doses.”

At some point, anything you ingest can be toxic, but that doesn’t mean they can’t be useful, or even life-saving. Sugar is no stranger to sports performance. Coca-Cola has helped sustain energy among many world champion athletes and, as hard as it is to believe, is still used intra-effort because of its palatability at high intensity. This quality may also be what adds to its danger and over-consumption, especially in children.

The Real Battle Is for Your Wallet

Regardless of your stance on sugar, one thing is true: it is worthy of a metaphorically divine battle. And that battle is always about money, not health. If you care about health and the effect nutrition has on the human species, remove the most useless human invention that we so readily attach to food: our own narrative.

More on the Great Sugar Debate: