You know what I got for Christmas? I got cold-cocked by reality and felt a little something inside me die when it happened.

The week before Christmas had been going well. My clients were working on a few things, one of which was their 1RM deadlift. The program was proven to be a success with every single client hitting a new personal record.

So you’d have to wonder what was so bad about that? What was it about that week that made me say I doubt I will ever program a deadlift for my clients ever again?

The Deadlift Is a Useful Lift

At my gym we start with the basics, and the deadlift has been a part of that group of exercises for as long as I can remember. We all know it’s a useful lift for many things. It can be used to develop maximal strength. It can even be used at the other end of the spectrum as a movement screen to check whether someone can go through hip flexion while bracing the spine.

I’ve had everyone at my gym from robust, healthy thirty-year-olds to my record-breaking 73-year-old mother perform the deadlift for over twenty years. To say it has been a staple in the training diet of Read Performance Training clients is an understatement. It has often been our go-to exercise for nearly everything.

RELATED:How I Trained My 70-Year-Old Mom to a National Deadlift Title

So imagine you’re me, with this long history of using the deadlift, and you’ve just watched the completion of another program – one that was 100% successful. What would be the final straw that made you turn your back on an exercise many think of as the king of strength exercises?

In my case, it was the realization that people who couldn’t perform a plank were responsible for both the highest male and female deadlifts.

To be clear, I’m not talking about some of those horrible highlight film type lifts you see on YouTube where people’s spines look like candy canes. We don’t allow that at our gym. So our clients’ max lifts aren’t what you’d see in a competition as someone’s final lift. I am just talking about heavy-for-them deadlifts where form still looks good.

RELATED:Everything Is a Plank (If You’re Doing It Right, That Is)

But neither of the highest deadlifters in my gym can hold a solid plank or push up position for more than a few seconds. Yet, they pull better than the rest of my clients. Because I believe everything is a plank, when I witness someone do the plank badly, I know other things will be compromised too. But when it comes to deadlifting, it seems that’s not the case. There’s something about the deadlift that allows you to cheat the bar up without having your plank locked in place.

“There’s something about the deadlift that allows you to cheat the bar up without having your plank locked in place.”

A Deadlift Without Proper Bracing Is Not a Deadlift

It may help if we look at the deadlift from an FMS viewpoint so we can target the patterns involved. The deadlift uses both the active straight leg raise (ASLR) and trunk stability push up (TSPU). 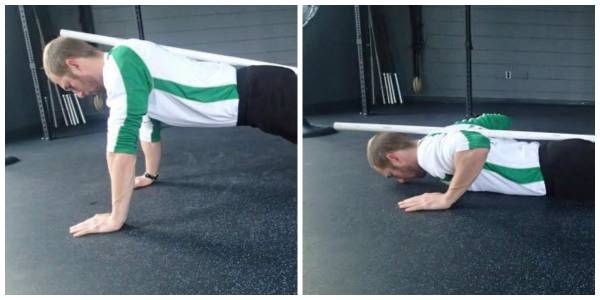 In the deadlift, the ASLR allows for adequate flexion of the hips while the TSPU allows for the spine to remain neutral and braced. Given the athletes’ poorly performed plank, we know that when the TSPU is compromised something else must be going on to allow the deadlift to be successfully performed.

That thing that’s going on is the spine and hips being ground to dust over time. While the spine may appear to be neutral, it is not being held in place with proper bracing. Because of their inability to perform a plank well, we know that whatever these athletes are doing to brace their spine is something other than an authentic pattern.

To solve this dilemma, the first place I went was the FMS. I asked a colleague who has screened hundreds and hundreds of athletes for some data on how many people scored well on the deep squat (DS) versus the active straight leg raise test (ASLR). When looking at a score of “three” (the maximum score), the ratio of scoring well in the ASLR was 3:1 versus the DS.

“[W]hen I see that there are three times fewer people who can squat well versus deadlift well, then in my head I am thinking, ‘We should be squatting a helluva lot more often.'”

One of the things that load does is cement a pattern into place. Looking at that statistic then, there are three times more people who already have the deadlift pattern well ingrained when compared to the squat. So why would we need to ingrain that more? 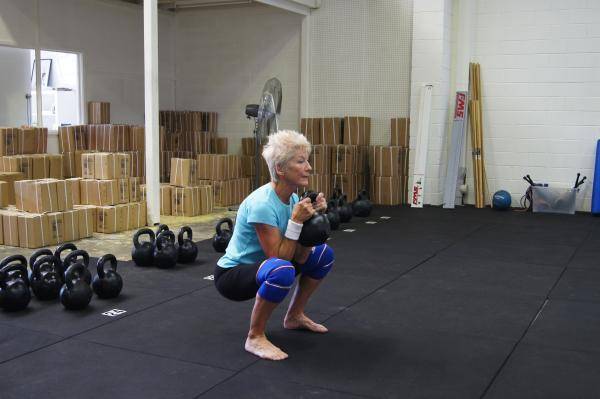 But here’s where things get tricky. Older bodies don’t like to squat. Part of this is cultural as we live in a society where you don’t need to keep your squat as you age. (In many Third World countries it’s common to find older people still squatting with proficiency.)

The reason older bodies don’t like squatting much is because of disuse and inappropriate loading. So, instead of thinking about how much load we should be using (when we start squatting three times more often), what we should instead be thinking about is just working on regaining our squat.

RELATED:Grow Older and Get Stronger With Our Mature Athlete Workouts

Ido Portal ran a great online challenge about a year ago asking people to squat for ten minutes a day for a month. Many people I know did this and found it incredibly useful. Doing this could be as simple as twenty thirty-second squats performed over a day. That’s something even older bodies could accomplish without causing pain – easy, frequent work to re-pattern the squat.

But we also need a full-body front-panel movement that we can do with frequency. I think a heavy ball slam is perhaps the final point on that continuum and the plank is at the other end. In between is the roll out performed in a hollow position.

“[I]nstead of thinking about how much load we should be using (when we start squatting three times more often), what we should instead be thinking about is just working on regaining our squat. “

I know many will suggest the Zercher squat or front squat as good exercises that work the squat and involve the core to a high degree, but I doubt many can cope with using those every other day. In an ideal setting, we’ll keep those exercises in and maybe front squat once per week while doing roll outs the other days. But we don’t need to squat loaded three times per week.

Ab roll out in a hollow position

I think what most people need to work on is movement quality, not movement quantity (either with load or volume) and we’ll be better off working the pattern more than the exercise.

We Need Flexion, Not More Extension

While I’m sure many will comment below to remind me the world is largely weak in extension (and I agree to an extent), I think the fitness world has, as usual, gone too far and we’ve created a group of people locked into extension permanently.

“[W]e need an amount of flexion work to get us back to where we should be – back to the midpoint and away from the overreaction to sitting in flexion all day.”

Look at all the pictures of your favorite fitness heroes and heroines on Instagram – with their duck butts and protruding six-pack bellies. Those are signs of a lower back locked in extension thanks to over-cueing of the “chest up” cue we all rely on so much. Add load and repetition on top of that cue and those bodies and postures are what you end up with. As a result, we need an amount of flexion work to get us back to where we should be – back to the midpoint and away from the overreaction to sitting in flexion all day.

RELATED:How to Unlock Your Athletic Potential Through Good Posture

Instead of frequent pulling work, I’m going to buck the trend and say 2015 is the year the deadlift died for general fitness. Well, not “died,” but was seen in public far less often. Instead do this:

I’ll bet you if you follow this advice sensibly that 2015 will be the year you make your best strength gains ever.