The StrongFirst Tactical Strength Challenge was started in 2002 by Pavel Tsatsouline. At the time, Pavel was looking for a way to help military and law enforcement operators test workplace performance, but the exercises involved are great for general fitness for everyone from military special forces operators to someone with a basic level of training.

There is not a great need for technical competency (no Olympic weightlifting events or sumo deadlift high pulls), and the exercises are quite functional and also quite varied, so that a participating athlete needs both strength and endurance.

The three exercises that make up the Tactical Strength Challenge are:

This year the event takes place on April 11-13. I think it’s a great challenge for everyone to consider adding to their schedule, and here are the four main reasons why:

Reason 1: The Exercises are Functional and Useful

Although a long discussion could be made as to what exercises are the best measurements, the exercises in the Tactical Strength Challenge were chosen to measure a broad base of function (picking stuff up, picking yourself up, navigating obstacles, and endurance). The Secret Service uses a snatch test (200 snatches in ten minutes) to make sure their agents are well conditioned. Marines use the pull up as a test. Thus, there is some history in using some of these exercises. It should be noted, these exercises must be performed mostly virtuously as there is no kipping or other efficiency shortcuts allowed.

An athlete must be well-rounded to do well in the challenge. Someone who is heavier might do better in the deadlifts, whereas a lighter athlete will do well in pull ups. A person with great strength will do well in both the deadlifts and pull ups, but he or she needs endurance for the kettlebell snatches. The challenge also separates strength exercises from endurance exercises, as in real life we would probably never need to deadlift 225lbs 21 times as we would in a benchmark CrossFit workout.

Reason 2: The Challenge is a Great Way to Measure Progress

This challenge fits in well with the idea of measuring skills as it runs every six months with the same exercises. An athlete gets all of the benefits of a benchmark workout (it’s measurable and repeated so you can see progress), but in the form of a competition. Thus, an athlete competes against him- or herself over time, as well as all of the other athletes in the challenge.

The challenge is also a good way to measure general physical preparedness. Although you could design a complete training program to focus on the three skills, it is likely that athletes are training in different movements. This challenge allows you to see where you are at in these broad functional movements. For example, I rarely do kettlebell snatches in a workout, but I do many kettlebell swings, which generalizes to the kettlebell snatch. (Actually the only time I really practice kettlebell snatches are in demonstration or in a snatch test for certification.)

Reason 3: Something to Do After the CrossFit Games Open Ends

The CrossFit Games Open begins Thursday, February 27 and continues for five weeks (one workout a week announced on Thursdays) with the top athletes going to the CrossFit Games regional competitions. These competitive workouts are a great way to test oneself and are pretty fitting for most athletes. The individual workouts traditionally start off easier (most athletes can do the exercises) and get progressively more difficult (starting with lower weights and getting heavier over the course of the workout or putting muscle ups at the end).

There are some problems with the Open, as best described by Patrick McCarty, but many of those problems have been addressed for the 2014 seasons with new rules and changes in the submission of scores. But for many athletes the competition ends after the Open is over. This leaves athletes who enjoy challenging themselves looking for an outlet – one possible alternative is the Tactical Strength Challenge. 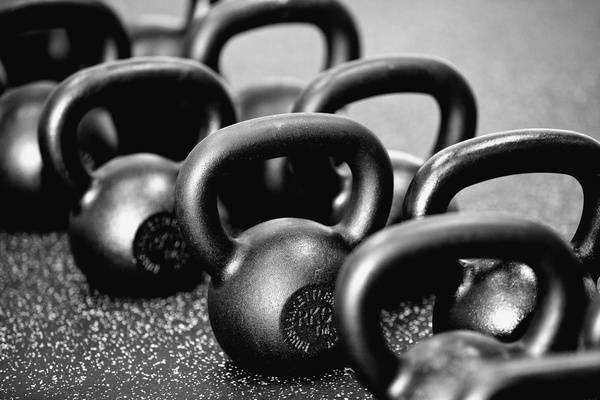 Reason 4: It is Fun Competition

So what do you think? Are you ready to sign up with me? If you’re on board for the Tactical Strength Challenge post to the comments below.