The development of a certain amount of willpower is an integral part of sport training, especially in weightlifting. Psychologists characterize willpower as the ability to consciously regulate your own actions, to actively direct your self to the achievement of established goals, and to overcome obstacles standing in your way.

The phenomenon of willpower is connected to various psychological qualities that can be brought to bear as driving motives. These include persistence, stubbornness in pursuing goals, the will to win, firmness in overcoming obstacles, resoluteness, courage, and discipline. (Come to think of it, this sounds a lot like my old Calvinist minister’s favorite sermon).

Well-planned sport training of any type and the associated participation in competitions serves as a good means of developing just such motive qualities. Everyone strives for some specific goal. Its attainment is generally achieved with the overcoming of various challenges. These can be seen as both short-term and long-term. The short-term difficulties involve the learning of technique and the advancement of sport results. The long-term ones involve the securing of a championship.

In the early stages of your training you run into the need to master the complex technical movements in the two Olympic lifts. However, the more stubborn you are and the more persistently you work, the faster you will master this technique, thus attaining your short-term goals. In long-term training, more work must be done with maximum effort, lifting maximum weights. The weight of your work sets gradually increases and more nervous energy is required in order to complete training. This is where willpower is especially needed, when lifting the weight is no longer as much fun as it once was. It is now simply hard work.

The most common is the lifting of limit weights requiring maximum effort while mobilizing great physical and psychological energy. At those times, you must possess courage and resolution. These qualities are developed through specialized exercises that force you to produce maximum effort. This may include various jumping exercises, such as jumping up onto box horses, over chairs, and various other obstacles. In so doing you face a success versus failure situation. You are either successful at the jump or you are not. There is no heart balm at all for coming close, you have to succeed. The legs must be conditioned to make repeated all-out efforts, as they will be doing most of the work in weightlifting.

2. Use the Height Gauge

Another method is to lift maximum weights for several sets at the end of the training session when you are most fatigued. This is a good time to use a height gauge with a few sets of pulls. Do a set, hitting the gauge lever on every rep. Then do another set, and another set, and another set. Make sure the lever is hit each time. It will get more difficult with each set, but push yourself to keep hitting it even though you are getting progressively more tired. Adjust the weight so you just barely hit the lever on your last lift. That will develop willpower.

There is also another method more familiar to powerlifters. That is the slow lifting of heavy weights while keeping the bar under control at all times. Squats and deadlifts are best for this. The weight is heavy, and your body is straining in all places, including the legs, the back, the shoulders, and especially the hands in the deadlift. All you want to do is let go of the bar and your misery is over. Instead, you drive yourself to continue through the lift. Do them for heavy singles or do them for reps. Either way, it is an excellent way to develop willpower. 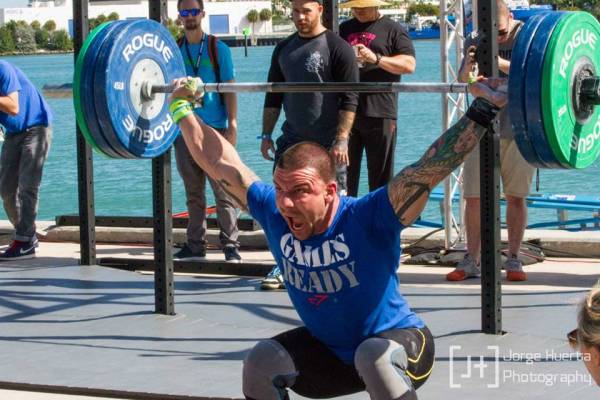 4. Do Max Reps in a Given Time

Back to the two lifts, you can concentrate on their speed aspect instead of their strength aspect. Here you can take a certain high percentage of your best lifts and do the lifts as quickly and as the correctly as possible. One way is by doing heavy singles, near 100%. Do a lift, catch your breath, and then do another. See how many you can do in a certain time period. This creates a whole new world of personal records, consisting of doing your maximum number of reps at a given weight in a given time. Again, great for developing willpower. Done at considerably lower intensities this is also a great one for CrossFitters.

The Importance of Competition and Coaching

Since we all train so that we can eventually lift in competition, it is important that the young lifter compete often. Having great courage in the training hall is one thing. Having great courage on the competition platform is quite another. Different lifters will show different quality in this regard. Some are simply gym lifters who cannot put it together when it counts. others are what we call “money lifters” who can. In competition, you are not only lifting near maximal weights, but you may also be forced to do so after one or two failures at such a weight. This forces you to learn how to mobilize your willpower in order to overcome yourself. The lifter must learn to keep his cool in such a stressful situation. He not only has his opponents to worry about, but may also have himself to conquer most of all.

Naturally your coach has a role to play in developing your willpower. The trainer must use his knowledge coupled with various teaching methods such as persuasion, explanation, encouragement, and even censure. As you develop, it is important that your coach leads you to a certain degree of independence when it comes to matters of willpower especially.

You can easily see how the quality of willpower interacts with other necessary qualities a successful lifter must display. An important quality is affective stability, a fancy term for keeping your cool under pressure. If you cannot stay calm during the pressure of competition, then it will be difficult to express any degree of willpower to overcome your opponents. This is especially important under conditions of the fatigue. 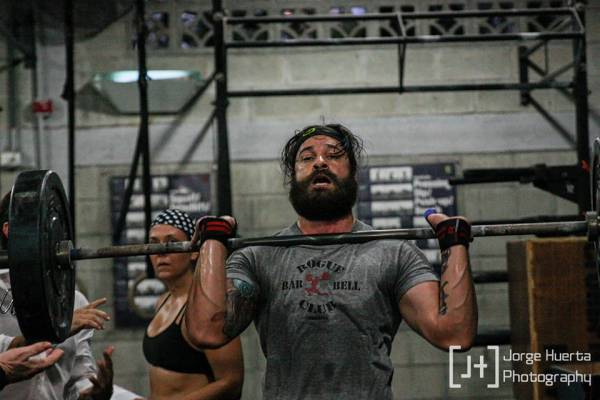 The Element of Fatigue

This reminds me of another famous quotation from the great football coach Vince Lombardi: “Fatigue makes cowards of us all.” When you are tired you are more likely to want to give up. That would be so easy. Just give up and the misery will be over. It is wise at such a time think about your opponents. Do you think your opponents are still fresh as daisies? No, they are just as tired as you are. They want to quit as well, if the truth were known. It is at this time that the weightlifting competition is decided not necessarily by who is stronger, but by whoever has more willpower to overcome that last, and don’t forget, heaviest clean and jerk.

World records, especially in the clean and jerk, are set not when the lifter is fresh, early in a competition, but at the end. Very seldom are world-record jerks set on the first attempt and rarer still on a second. They are generally set on third attempts after an entire stressful competition. While the total number of lifts, both warm-up and competition lifts, is nothing compared to the volume of a training session, it is done under much more stressful psychological conditions. It is here and not in the training hall that you come to terms with quality your willpower.